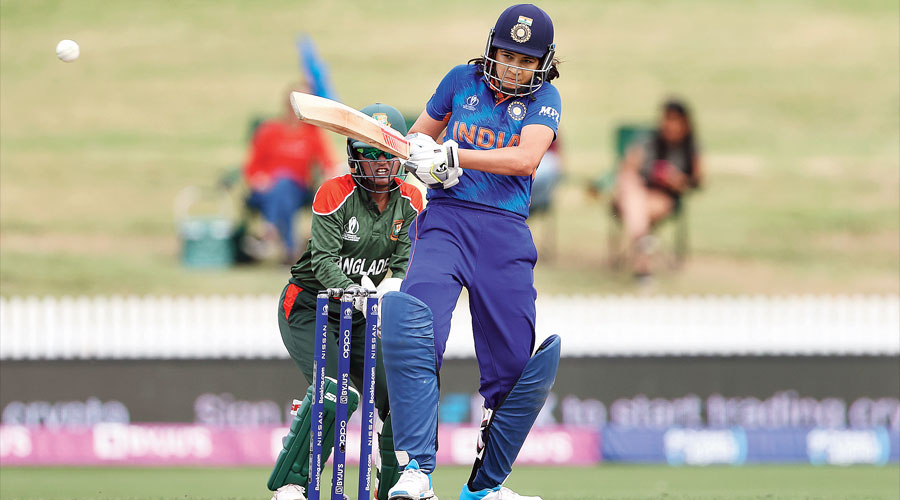 India kept themselves alive in the race for the semi-finals by registering a dominating 110-run win over Bangladesh in the Women’s World Cup in Hamilton, New Zealand, on Tuesday.

Though the margin of win tells a different story, India actually weren’t as authoritative in their batting as would be expected against a team like Bangladesh, who have now lost four of their five matches. The big margin of victory though will help third placed India if Net Run Rate comes into play.

The Mithali Raj-led side will take on second placed South Africa in their final league match on Sunday.

The spinners, led by Rana (4/30), then controlled the proceedings, striking at regular intervals to bowl Bangladesh out for 119 in 40.3 overs.

India’s decision to bring in senior spinner Poonam Yadav (1/25) in place of pacer Meghna Singh paid dividends. With spinners operating from both ends on a slow track, Bangladesh struggled to force the pace and were reeling at 69/5 after 25 overs. They never recovered thereafter.

The pace duo of Goswami (2/19) and Vastrakar (2/26) shared four wickets between them, while the spinners accounted for the rest.

Mithali said their crucial final game against South Africa would be a “challenge” as the team is yet to play in Christchurch.