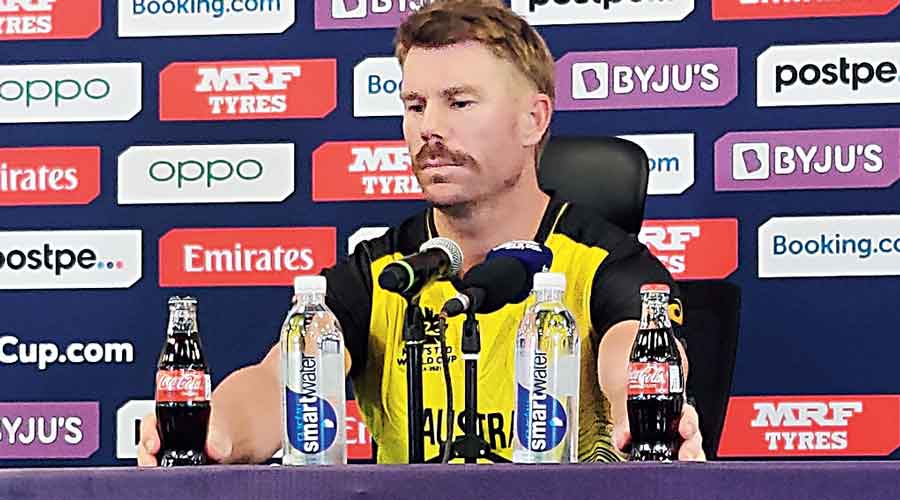 The Ashes already retained, star Australia opener David Warner has advised a sorry-looking England side to prepare on synthetic wickets to be able to adjust to the extra bounce in the pitches Down Under.

England's Ashes hopes went up in smoke after Australia retained the Urn with an innings and 14-run win in just two days and a session in the Boxing Day Test here on Tuesday.

A dominant Australia had won the first Test by nine wickets in Brisbane and then registered a convincing 275-run victory in the next match in Adelaide.

Having polished his skills on the Australian pitches, Warner said bounce is one of the main hurdles for England.

"From a batting point of view, the bounce is a big one. Growing up here in Australia and playing on these wickets is different for how we would approach it compared to England," Warner was quoted as saying by 'Australian Associated Press'.

"I would probably suggest going on the synthos (synthetic wickets) and practising against the (extra) bounce, doing that in England.

"You've always got to find ways to prepare and the only way you can prepare for bounce is on synthos in England," he added.

Warner also said that England bowlers erred in bowling back of length in the first three Ashes Test, a ploy which normally doesn't work on Australian pitches.

"You have to be brave enough to pitch the ball up here.

"We feel as a batting unit when England pitch the ball up, we drive them down the ground but you have to do that to create the chances, to create the bat-pad gap to create those nicks," he added.

The fourth Ashes Test is set to begin in Sydney on January 5.