Twitter gets a laugh out of Virat Kohli's pleading 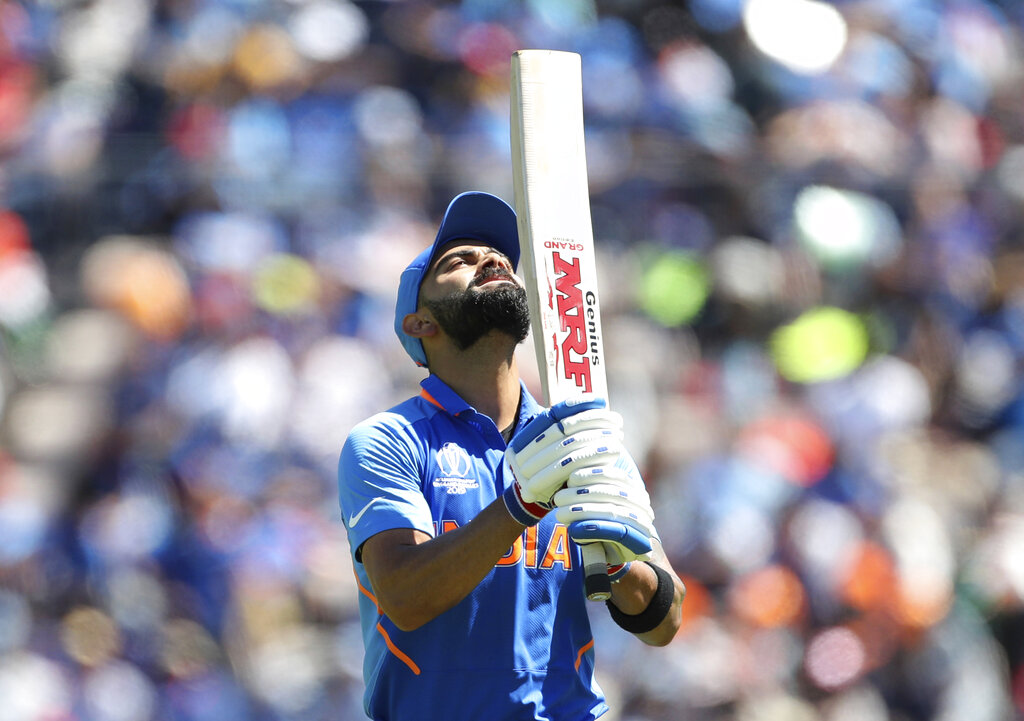 Virat Kohli reacts as he leaves the field after being dismissed by Afghanistan's Mohammad Nabi during the Cricket World Cup match between India and Afghanistan in Southampton, England, on Saturday, June 22, 2019.
AP Photo
The Telegraph   |   New Delhi   |   Published 23.06.19, 11:54 AM

This World Cup, Virat Kohli, India's cricket captain, has managed to entertain cricket fans in more than one way. Having been in the memesphere during past few matches, Kohli did it again on Saturday, when people took potshots at him after he was seen making an animated LBW appeal against Afghanistan batsman Rahmat Shah.

The incident occurred during the India-Afghanistan match on Saturday, when bowling the innings’ 29th over, Indian bowler Jaspreet Bumra hit Shah on his pads on a 142 kmph delivery and made an appeal for an LBW.

However, umpire Aleem Dar wasn’t impressed. The umpire, who thought the ball was going down the leg, was unmoved, even when from his slip position Virat Kohli made a fervent appeal that only got more desperate as it went in vain.

Memesters soon after ran with the image of a Kohli pleading before Dar with folded hands, and had a good laugh at the expense of the usually aggressive captain of the Indian team.

Although India won the match, Kohli was later reprimanded with a fine of 25 per cent of match fees by the ICC for his “excessive appealing” and breaching Level 1 of the ICC Code of Conduct.

Me on the last day or exam vs me on the result day #INDvAFG #CWC19 pic.twitter.com/c7pQxRh8VO

Me to Autowalas on a Normal day vs. Rainy day. #INDvAFG pic.twitter.com/0mKQZUs6vB

*Back benchers to professor*