In a country where some sections of the society, irrespective of their level of education, still frown upon girls making sport a career, Jhulan stands out as an achiever and role model 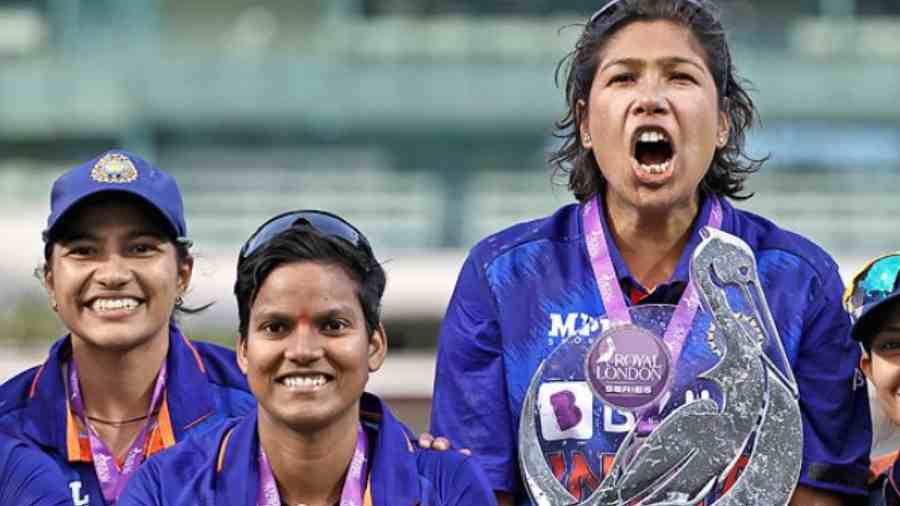 BCCI president Sourav Ganguly would have been “proud” had his daughter pursued cricket and “made a mark like Jhulan Goswami”. Such words coming from someone like Sourav is just one example of the kind of impact Jhulan, who retired from all forms of cricket on Saturday, has had as a cricketer.

In a country where some sections of the society, irrespective of their level of education, still frown upon girls making sport a career, Jhulan stands out as an achiever and role model. She took the odds in her stride to not just have a successful career in cricket and gain legendary status as a cricketer, but to also serve as an inspiration.

Especially to those small-town girls with dreams in their eyes but many hurdles to overcome.  Jhulan’s birthplace Chakdah, a small town in the Nadia district, had even fewer opportunities in the 90s. But Jhulan didn’t want that to be a detriment to her aspirations.

Credit goes to her childhood coach Swapan Sadhu as well for his support and being able to convince Jhulan’s parents who weren’t too supportive of her playing cricket. “I came to know about Jhulan from another girl, who used to be her relative. She had told me, ‘There’s this girl who stays in Chakdah and plays with boys. She wants to learn.’

“It was in 1997 when she brought her to me. I would impart coaching at Vivekananda Park (in south Calcutta) then,” Sadhu, now 75, recalled. “It wasn’t easy for her those days as her parents used to be quite disturbed seeing her passion for cricket. She would even jump over the fence in order to play cricket. So I told her parents one day to let her pursue what she likes and leave the rest to me.

“They still seemed unconvinced, but those two years that Jhulan had spent under my coaching, she made the full use of it, and thereafter, she just kept getting better and better,” Sadhu recalled.  Like her first captain Anjum Chopra and India legend Mithali Raj, Jhulan, too, had played international cricket during a period when Indian women’s cricket was yet to be under the aegis of the BCCI.

And when the Board finally took up women’s cricket in late 2006, Jhulan and Mithali started growing in stature.  Her proud moment came when she replaced Mithali as the India captain in October 2008. “Selectors wanted to try Jhulan out as captain as India weren’t playing too well then under Mithali.

“But as captain, Jhulan didn’t turn out to be too successful. And in 2011, Mithali again replaced her,” a source close to Jhulan said.  However, what Jhulan will actually be remembered for is her “commitment and selflessness”, as former India women’s head coach WV Raman emphasised.

One assumed her career would be over after she was sidelined with aside strain during the World Cup earlier this year. But she worked on her recovery at the National Cricket Academy in Bangalore and spent hours training at the Cricket Association of Bengal indoor facilities under the supervision of Bengal fast bowling coach Shib Shankar Paul.

Jhulan didn’t want any injury to put an end to her career. She wanted to go out on a winning note, and the Harmanpreet Kaur-led side ensured she did. At present a mentor in Bengal women’s cricket, Jhulan could take on a coaching or mentorship role in the inaugural women’s IPL next year. Bigger things could well be in store after that.