Advertisement
Home / Sports / Cricket / Triumph Down Under one of our greatest: Sunil Gavaskar

Triumph Down Under one of our greatest: Sunil Gavaskar 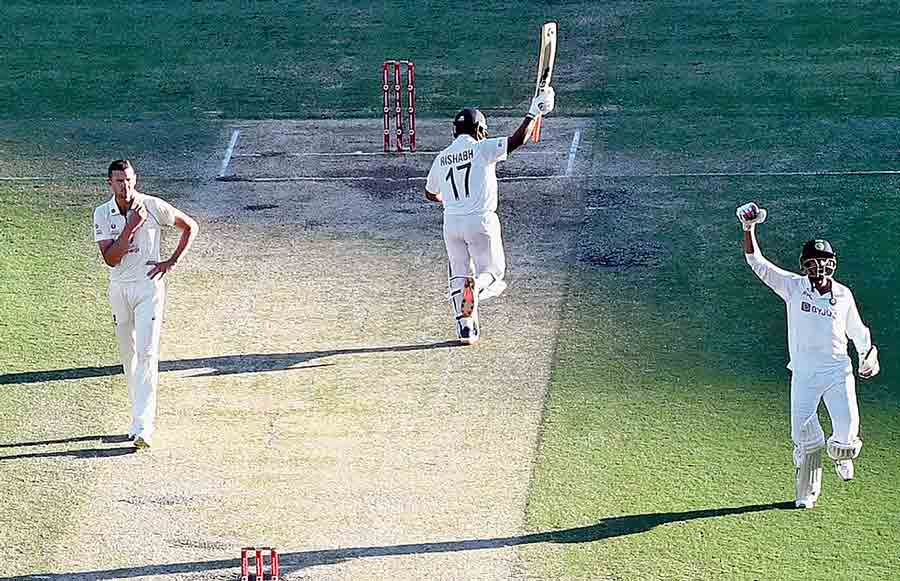 Recalling India’s incredible Test triumph in Australia last year despite being ravaged by injuries, batting legend Sunil Gavaskar said the performance ranks among the team’s “greatest wins” of all time and can be considered a “golden chapter” in the country’s cricket history.

India, led by stand-in captain Ajinkya Rahane, defeated Australia 2-1 in a closely-fought four Test rubber winning in Melbourne and then breaching fortress Gabba in Brisbane last year after Australia had outplayed the visitors in the Day-Night Test in Adelaide.

The heroics of Hanuma Vihari and Ravichandran Ashwin had helped secure a draw for the visitors in Sydney.

“India’s win in Australia early last year will go down as one of the greatest wins in Indian cricket history,” Gavaskar said. “To pick themselves up after the dismissal with their lowest-ever Test score of 36 and then to beat a rampant home team is a tribute to the determination shown by the players and the leadership roles played by the captain, coach Ravi Shastri and his support group.

“I was privileged to be there and see a golden chapter being written in the history of Indian cricket,” said the 72-year-old former opener.

To commemorate the one-year anniversary of India’s win, Sony Sports Network has produced a special four-part docu-series, Down Underdogs — India’s Greatest Comeback, that will premiere this Friday and Gavaskar gave his comments to the channel.

Former Australia captain Michael Clarke, who led Australia to the 2015 ODI World Cup win, said India deserved all the credit for fighting it out after the morale-shattering opening loss.

“India picked an attack that worked,” said Clarke. “Different bowlers — not everyone bowls the same, different tactics, different skills, different weapons, so the credit goes to India for their execution but also Australia might have taken for granted their success in the first test,” added the former right-handed batter.

When India won a Test series in Australia in 2018-19, it was a first, but it was attributed to the absence of Steve Smith and David Warner. When they repeated the feat in 2020-21, it was without their talismanic batsman Virat Kohli, who played only the first Test.

Inspired performances from Jasprit Bumrah and Ashwin with the ball and a brilliant hundred in Melbourne from Rahane, the resurgence began for the remainder of the series after losing the opening Test. Injuries ravaged this surge as India barely had an XI to field at the Gabba and had to dig deep into their reserves and call upon the services of T. Natarajan and Washington Sundar. And yet, against all adversity, history, numbers, statistics, India found new heroes to rise to the occasion to not only save the Test but show the determination to go on and win it.