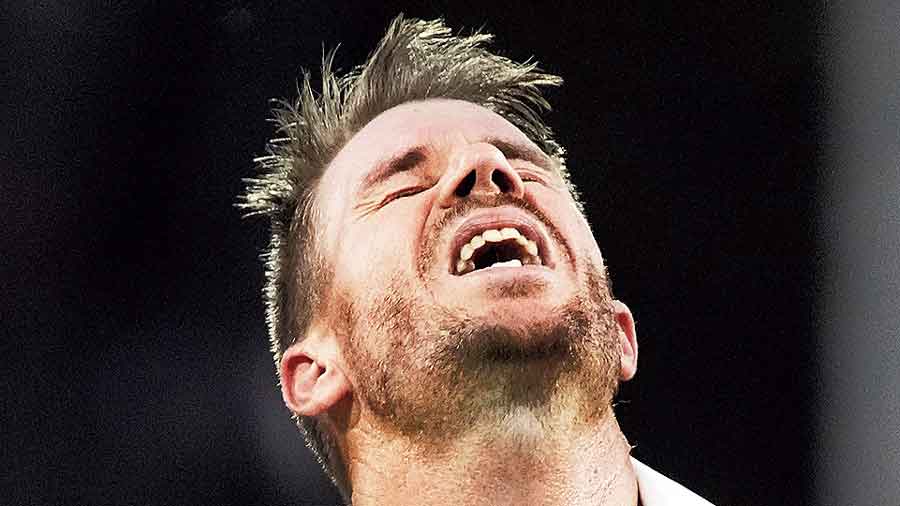 David Warner fell short of his century but Marnus Labuschagne remained on course for a hundred as they put Australia, missing regular skipper Pat Cummins, in a strong position against England in the day-night second Ashes Test on Thursday.

Australia finished Day I on 221/2 despite being jolted before the start of the match at Adelaide Oval with Cummins forced out after being identified as a close contact of a positive Covid-19 case.

With five overs remaining, Jos Buttler dropped a regulation catch off the bowling of James Anderson to offer a reprieve to Labuschagne, who remained not out on 95.

Buttler had earlier spilled a tougher chance behind the stumps when Labuschagne was on 21.

Australia’s stand-in skipper Steve Smith was on 18, becoming his country’s third captain — after Tim Paine and Cummins — in their last three Tests.

England dominated the first session though they blew two reviews trying to get Warner, who made 95, dismissed.

Warner said nothing could deter him from going out to face the old enemy despite the injury to his ribs sustained in the first Test in Brisbane, which left him unable to pick up his children.

“I didn’t feel great,” he said. “I had a couple of painkillers and a local (injection) this morning (Thursday).

You have got to put your best foot forward.”

Stuart Broad, recalled along with Anderson, removed Marcus Harris for three runs early on via a cracking catch from Buttler as a stuttering Australia failed to convince. The first 10 overs yielded just 11 runs but slowly, the scorecard began to firm up with Warner forging a 172-run stand with Labuschagne.

But as England captain Joe Root brought himself into the attack to provide rest to his quicks, Warner appeared eager to up his scoring rate, an approach adopted equally by Labuschagne.

Broad proved Warner’s nemesis once more but this time as catcher, holding onto a slashed shot at cover off Ben Stokes.

England did not bowl badly but their five-man seam attack looked increasingly insipid as solid containment gave way to more hurried scoring from Australia before 32,328 fans at Adelaide Oval.

England assistant coach Graham Thorpe found nothing wrong with their bowling effort. “I thought we stuck at it well. They played particularly well in those first few sessions,” he said.

“The run-rate didn’t go too far but we’d love to have more wickets down. They defended straight and every time we went fuller they punched us down the ground.”