Calling the Indian captain an 'absolutely amazing talent', the veteran praised the six that he hit off Shaheen Shah Afridi 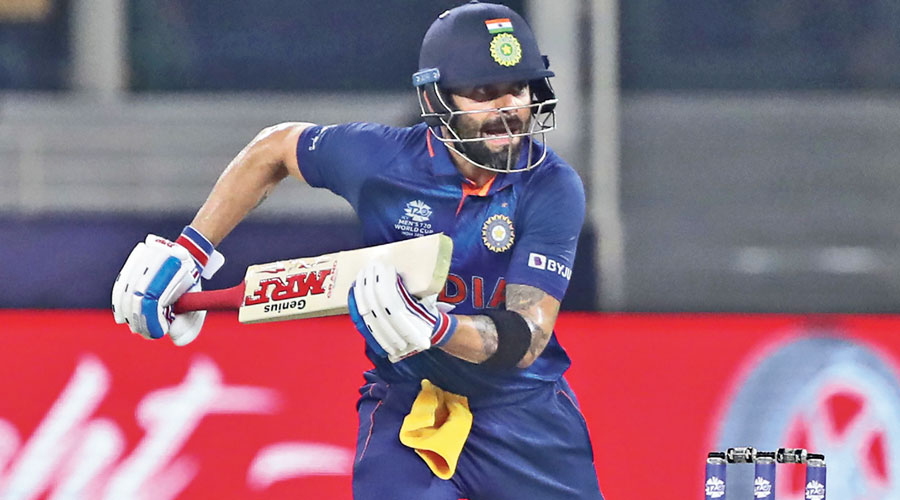 India fell face first in their T20 World Cup opener against Pakistan, but captain Virat Kohli’s fighting effort with the bat has been praised by Sunil Gavaskar.

Kohli’s innings of 57 against the arch-rivals was the lone bright spot for India on an otherwise disappointing day. His 49-ball innings, which was laced with five fours and a six, came in difficult circumstances as the other batsmen in the team struggled against the Pakistan bowling attack. India lost the match by 10 wickets.

Gavaskar, a former India captain and opener, lauded Kohli for the way he set up his innings.

“It was a terrific innings because India had lost their openers in the Powerplay itself, so there was a greater sense of responsibility on Kohli’s shoulders… he now had to pace the innings, repair the innings and also get India to a total which they could hope to defend,” Gavaskar said on a Star Sports show.

“So, the way he (Kohli) paced his innings, the way he chose the shots to break free at times and the six that he hit off Shaheen Afridi. Absolutely amazing talent,” the 72-year-old legend added.

“The way Shaheen Afridi was bowling, he was mixing it up quite well, he was angling the ball across the right-hander and he was getting the ball to turn back in after pitching, not so much in the air because you don’t get that much help in the UAE,” he said.

He went on to explain why Kohli fared better in tackling Afridi when the other Indian batters struggled.

“…It was important for Kohli to try and step out so that he would be able to then negate the amount of swing that Shaheen Afridi was getting and that’s how he was able to negotiate that and score runs off Shaheen.”

VVS Laxman, who was also a part of the show, pointed out the three lessons that India could take from the crushing defeat against Pakistan.

“I think the three important lessons from this match would be… not to lose wickets early on, especially in the Powerplay.

“That’s very critical, you want to capitalise on the Powerplay and make use of the fielding restrictions,” said the former India batsman.

“The second lesson is… while bowling you are required to pick up wickets and that’s very critical, especially if you’re defending a par score or probably a below par score,” he added.

Laxman also observed that the Indian bowlers did not bowl the right lengths in the Pakistan match.

“The third thing will be the length of the bowlers, when you’re looking to pick up wickets it’s important to use your variations.

“But I just felt that the bowlers bowled a bit short and they didn’t take advantage of the conditions which were on offer.”