Legend turns 70 today; ‘My relationship with Kapil was one of admiration and respect’ 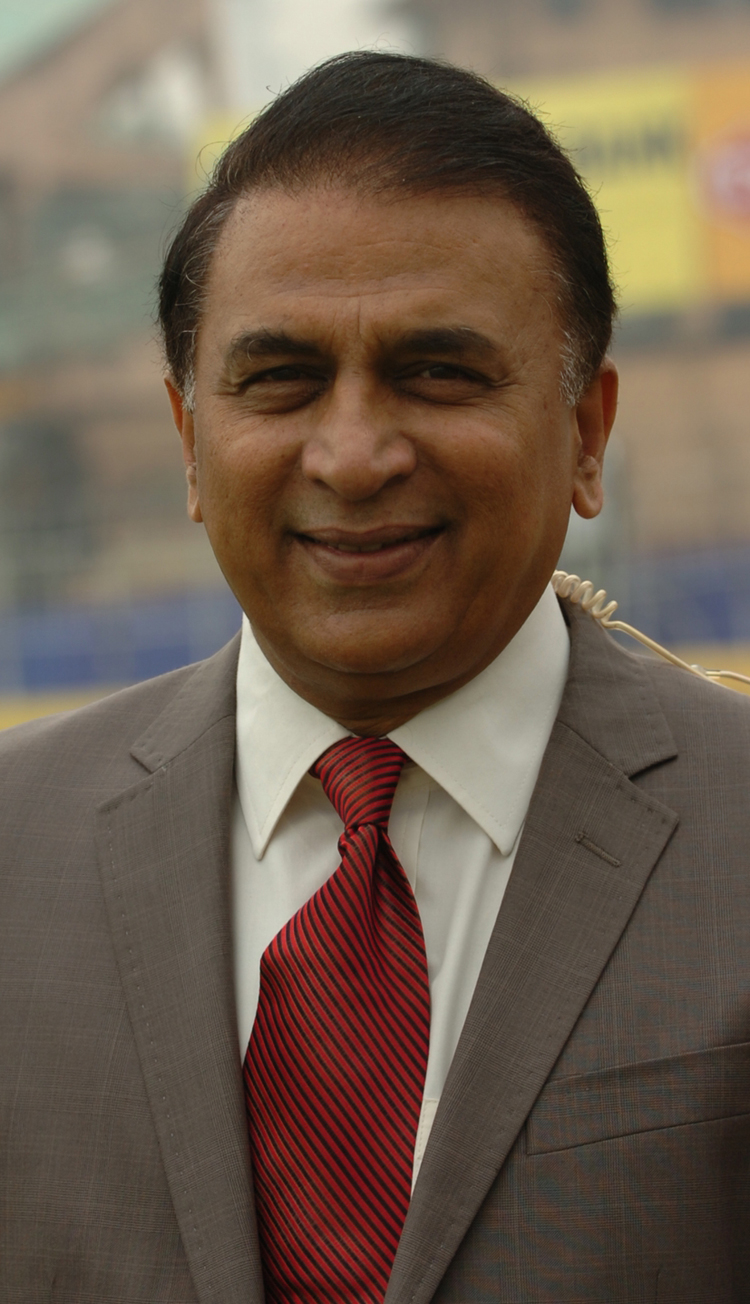 Sunil Manohar Gavaskar, a former captain of India who alone did enough at a time India didn’t have many heroes in sport, turns 70 on Wednesday.

In the lead-up, the icon interacted with The Telegraph on two occasions.

As of now, a birthday bash isn’t on the cards as just about everybody was planning to be in Birmingham, for the second semi-final of the 2019 World Cup, assuming Australia would finish at No.1.

Will life in any way change on and after July 10?

No, why should it?

Isn’t age just a number? You would, for example, pass off as somebody who has turned 50...

If you are not conscious of your age, then it’s just a number. In any case, I have been 34 for almost 40 years, so quite happy.

How do you look back on the decades which have passed by?

Where’s the time when I have to answer questions from you guys.

When I became a husband, a father and grandfather. In that order.

Today, who are you most grateful to?

It will be a long list, for so many have contributed to me being who I am. However, my parents, wife and family are the top three.

What did your parents instill in you?

The value of hard work and, of course, respect for elders.

Your take on education...

Education is very important, though not necessarily a degree. Education gave me confidence and the thought process to analyse problems, on or off the field.

If you weren’t a cricketer, what would you have been doing?

Wish I knew, but thank God that he helped me be a cricketer.

Your India debut was 48 years ago... The game has changed since...

It has changed in the thought process, attitude and approach... I am all for it. It’s hugely entertaining now.

It was a blessing and a privilege to play with and against some great names. I thoroughly enjoyed the battles.

Cricket after the 1987 World Cup, your signing-off tournament for India...

The sport has only got better and faster since then and, like I said earlier, it has become a massively enjoyable spectacle.

Is cricket more healthy today or the fixing scandals have simply taken the sheen off the sport?

Cricket has become stronger after the sad incidents of malpractice. It can only get better with time.

What did cricket mean to you?

Cricket started off as a game to be played and enjoyed, but became a way of life soon.

Well, what do you think the sport means to the T20 generation?

That you will have to ask them. They have smaller waists than mine!

Who are the five most illustrious cricketers you played with or against?

There were more than five, so just naming that number would be unfair to the others. I will take one name, though: Sir Garfield Sobers, simply the greatest.

What about the five best after your retirement?

There have been more than five.

Tell us... What was your relationship with World Cup-winning captain Kapil Dev like?

Kapil is India’s greatest match-winner and I was privileged to be his teammate for a decade or so during which Indian cricket saw memorable wins. My relationship with Kapil was one of admiration and respect, as with the other teammates. There were many, including officials and the Media, who tried to drive a wedge between us but, sadly for them, they did not succeed.

Why did they fail?

Because Indian cricket was dearest to both of us, to Kapil and to me.

Was there a North-West ‘divide’ in your time? Maybe not on the lines of Karachi-Lahore, of course...

Not that I am aware of. If, in my time, the Mumbai guys were desperate to beat a team, then it was Maharashtra.

Your thoughts on Team India and Indian cricket in general?

Team India is in a fantastic space as also Indian cricket.

Will more former cricketers come into the Board of Control for Cricket in India once changes are complete, courtesy the Supreme Court?

You were quite a record-breaker. Were you conscious of records?

An opener you admired?

Many, Geoffrey Boycott for one, in the 1970s... The one I looked forward to watching the most was Virender Sehwag.

Among your many partners at the very top of the order, who were you most comfortable with?

Chetan Chauhan. He used to take quick singles, keep moving the strike around.

What was it like opening with the very fidgety Krishnamachari Srikkanth?

It was a liberating experience as Srikkanth’s aggression made it easier for both.

Maybe an opener you learnt from?

(Late) Sir Conrad Hunte, who had such a straight back lift, great balance and a still head.

Is there an opener you would have loved to take guard with?

What’s needed to succeed as an opener?

Technique and temperament. Loads of luck too.

Don’t forget to say your prayers on the morning of the match!

Imran Khan, he could bowl the unplayable balls.

Imran’s the one who suggested you wear the skull cap...

Yes, on the 1982-1983 tour of Pakistan. I got the manufacturer’s details from Mike Brearley.

Did the skull cap, which you wore only in the last few years of your career, enhance your confidence?

Definitely not... Look, when I’d injured my hand, I altered the protective padding on the right glove. So, for me, it wasn’t anything more than that.

What made you wear the skull cap?

I’d been hit by (the late) Malcolm Marshall on the 1982-1983 tour of the West Indies. That was a trigger. Imran’s suggestion had come on the preceding tour.

Qualities captains must have?

He first has to be a certainty in the team... He must do what he expects others to do, that is lead by example. Then, he must be prepared to put his neck on the line for his team... Sadly, the last quality is more absent than present... There are other qualities too, I have listed the main ones.

Any advice for the young cricketers of today?

That is to be given by those with slimmer waists than mine!

Moving away from cricket... As an Indian, what makes you proud and what pains you?

Seeing how we have grown as a nation despite the many languages, cultures, communities and distance makes me proud. What makes me sad is when these diversities sometimes divide us. That a country that won its independence through “Ahimsa,” or non-violence, is becoming such a violent one today.

Finally... Why did you never consider taking to politics?

Our politics is full of ‘High Command’ and I wouldn’t have been able to handle that. My only High Command is my SAI (late Sathya Sai Baba). I am what I am because of his blessings.