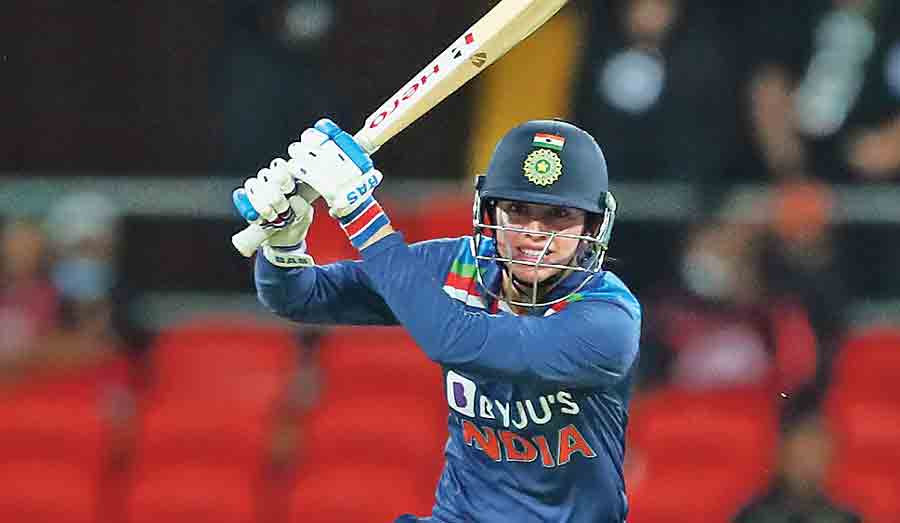 Smriti Mandhana was the lone Indian flag-bearer at the 2021 ICC Awards as the opener was named the Women’s Cricketer of the Year on Monday. This is the second time that the 25-year-old will be the recipient of the top award. The left-handed stylish batter, who will receive the Rachael Heyhoe Flint Trophy, had won the award in 2018 as well, when she was also adjudged the Women’s ODI Cricketer of the Year.

She thus became only the second player, after Australia all-rounder Ellyse Perry, to win the highest individual distinction in the women’s overall category of the annual ICC awards more than once.

Jhulan Goswami is the only other Indian player to have won the top ICC award (2007). Mandhana, who made it to the ICC T20 Women’s Team of the Year, pipped fellow nominees Tammy Beaumont of England, Lizelle Lee of South Africa and Gaby Lewis of Ireland to the top award.

“I am truly honoured... I am grateful to my teammates, my coaches, my family, friends and fans who believed in my potential and supported me in this journey. A recognition of such high class from the global governing body of cricket in an exceptional and difficult year will motivate me to continue to better my game,” Mandhana was quoted as saying by the ICC.

She has had a great year with the bat, compiling 855 runs from 22 international matches at an average of 38.86 with one century and five half-centuries.

Her best innings of the year was the 127 she scored in the one-off Test against Australia in Gold Coast. The knock earned her the Player of the Match award. She also scored 86 in the second ODI Down Under, besides getting her second T20I fifty of the year in the final match of the series.

Mandhana also contributed heavily with the bat in the limited-overs series against South Africa as well as the Test and whit-ball matches against England.

The ICC Women's Cricketer of the Year award, instituted in 2006, was named after Heyhoe Flint, the former England Women’s Test cricketer and administrator, in 2017.