Advertisement
Home / Sports / Cricket / Shubman Gill likely to be middle-order enforcer, Vihari and Iyer to fight for other slot

Shubman Gill likely to be middle-order enforcer, Vihari and Iyer to fight for other slot 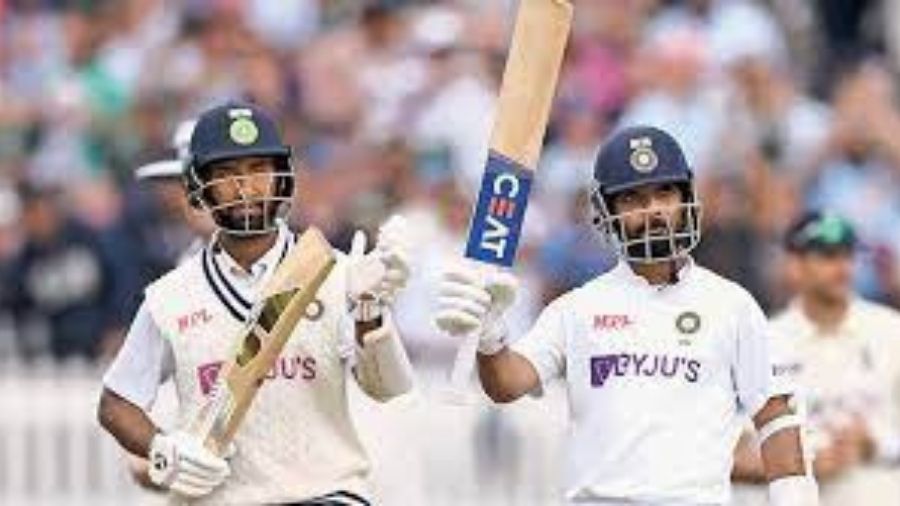 The supremely-talented Punjab batter Shubman Gill will lend solidity to the Indian middle-order when a major reshuffle is expected to force struggling Cheteshwar Pujara and Ajinkya Rahane out of the Test team.

The reshuffle is likely to happen in the wake of India's shock 1-2 defeat against an unfancied South Africa.

India's next Test assignment is a two-match series against Sri Lanka, starting February 25 in Bengaluru and at least two middle-order slots will be up for grabs.

Rohit Sharma is expected to be fit for that Test series and will take up his opening slot alongside KL Rahul.

Gill has mostly played as an opener but once he recovers from his shin injury and makes himself available, it is expected that both team management and the selectors will pick him as a specialist middle-order batter.

Pujara and Rahane's exit from the national side is certain. They can only save their places if coach Rahul Dravid puts his foot down and asks the selection committee to give the out-of-form duo one last chance.

But if that happens, it is understandably going to cause a lot of heartburn to all the deserving youngsters, who might feel severely let-down for not getting the break at the right moment in their respective careers.

"I think both Pujara and Rahane will be dropped from the team for the Sri Lanka series. Shreyas Iyer and Hanuma Vihari will both play," Sunil Gavaskar said while commentating on India-South Africa series.

"We'll have to see who plays at number three. Hanuma Vihari may take Pujara's place and Shreyas Iyer could be number five in place of Rahane, but we will have to see. Nevertheless, I think there will certainly be two spots up for grabs against Sri Lanka," Gavaskar was also heard saying.

However team management's school of thought might just be divergent from the legendary former India opener.

With Rahane and Pujara bringing in the same type of game into play during past two years, where it was more about self preservation and less about keeping the scoreboard ticking (save the second innings at Wanderers), the Indian team will need a free-flowing batter in that middle-order, who has the ability to take the game away in one session.

In terms of skills, technique, temperament, Gill is the solution to the problem. In fact, had KL Rahul not opted out of New Zealand home series due to niggle and fatigue, Gill would have played in the middle-order.

If Gill plays at number five, he can exploit the conditions when the ball becomes old and the attack is tired. Also, he has the range to take on the bowlers when the second new ball will be in operation.

The trickier choice is for the other middle-order slot where Shreyas Iyer and Hanuma Vihari will be locked in an intense battle. Both have been impressive - Iyer in his short two-match career and Vihari giving his all in one overseas Test he has competed in.

Vihari is a defensive player, who brings in technical solidity and a sense of calm which is a pre-requisite in Test cricket, especially as the conditions and flow of the game keep changing.

It makes him a good choice for number three as Pujara's replacement but if positive intent and x-factor is considered, Iyer is certainly a far better choice.

However the jury is still out on one aspect of Iyer's batting which the selectors as well head coach Rahul Dravid will be keenly assessing -- the Mumbaikar's ability to handle short balls.

In Indian cricket, you can never say never. Both are 33 years old and perhaps need to go back to the drawing board and revisit what they have been doing wrong.

The problem with professional cricketers is that if a technical flaw crops up in midst of a series, rectifying it is tough and they just work their way around that flaw.

It's a kind of temporary option but with no dedicated off-seasons like what players of yesteryears enjoyed, probably a break from the national team will give them enough time to work on their flaws and comeback stronger.

It would have been great had the Ranji Trophy not been put on hold once again as it would have given them quality match practice and ability to correct mistakes in live game situation which is always the best option.

If not, they might play for English county but to be fair, county stint during the earlier phase wasn't of great help to either Pujara or Rahane.

Therefore, it doesn't look too bright for the duo as some serious talent is waiting in the wings.