Shami to replace Bumrah? If fit, he fits the bill 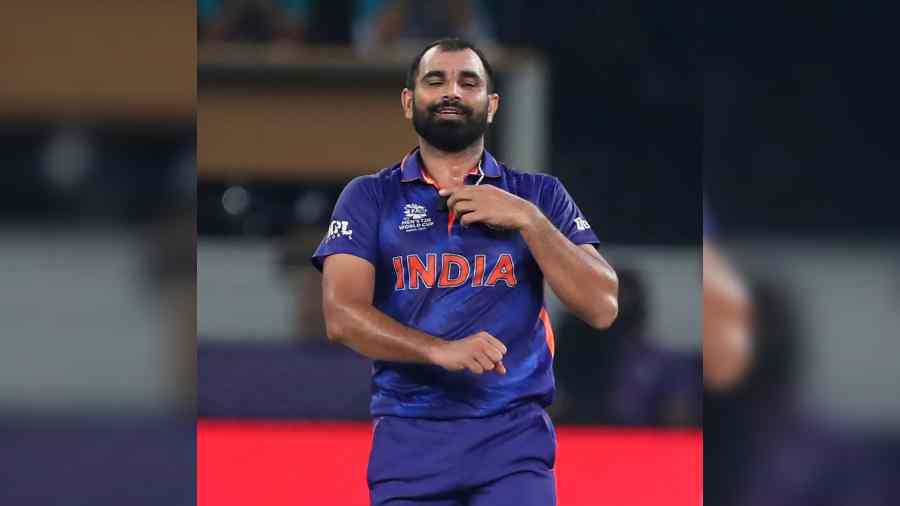 Mohammed Shami is the front-runner to replace Jasprit Bumrah as the 15th member of the T20 World Cup squad, 14 of who were scheduled to leave for Australia in the early hours of Thursday.

Bumrah has been ruled out of the showpiece event with a back injury. India have to name the replacement by October 15. Head coach Rahul Dravid and captain Rohit Sharma both hinted after the final T20I against South Africa on Tuesday that Shami might be the pick. Shami last played a T20I during the 2021 World Cup in the UAE.

He tested positive for Covid-19 ahead of the recent series against Australia and South Africa and is currently at the National Cricket Academy in Bangalore where his fitness is being assessed. Shami and Deepak Chahar are the two fast bowlers among the reserves but the selectors may look outside the duo if the need arises.

“In terms of who the replacement is,we’ll have a look, we’ll see, we’ve got time till October 15 th,” Dravid said in Indore after Tuesday’s game.“Shami obviously is someone who’s in the standbys,but unfortunately for us,he couldn’ t play this series,which would have been ideal from that perspective.

Rohit suggested at the post-match presentation that India would be looking for a bowler with experience in Australian conditions. Shami fits the bill.

“We’ve got to get someone in who’s got experience,who’s bowled in Australia, and see what he has to offer,” Rohit said.

“I don’t know who that guy is yet. There area few guys in the reckoning for that, but we’ll make that call once we reach Australia.”

The Indians will have a preparatory camp in Perth and play a couple of practice games before moving to Brisbane for the warm-up games organised by the ICC. They open their World Cup campaign against Pakistan on October 23.

“We will get an opportunity to spend a few sessions in Perth and then have a couple of matches there. Australia is quite unique in terms of the pace and bounce and a lot of our players have not played a lot of T20 cricket in Australia,”Dravid said.

“The idea was to give ourselves a chance to practice a little bit more, acclimatise and get some game time in. Having been to Australia before, it takes some time to get used to that pace and bounce and hopefully, once we practise, we would be able to have discussions around the strategies and tactics of how we need to play.

“It is important (to go early) as we have a young squad which has not played a lot of cricket in Australia. So hopefully that should help us,” said the head coach.The games against South Africa and Australia were crucial for India’s preparation, Dravid said. “Honestly it has gone very well for us. Two good teams... To win both those series is a positive result.

“We were unfortunate with one or two injuries and that gave us an opportunity to also rotate the squad a bit... Honestly,we got what we wanted and that’s a positive.”