Samson was sixth out, in the last hour of the day, but thanks to him Kerala had some runs on the board 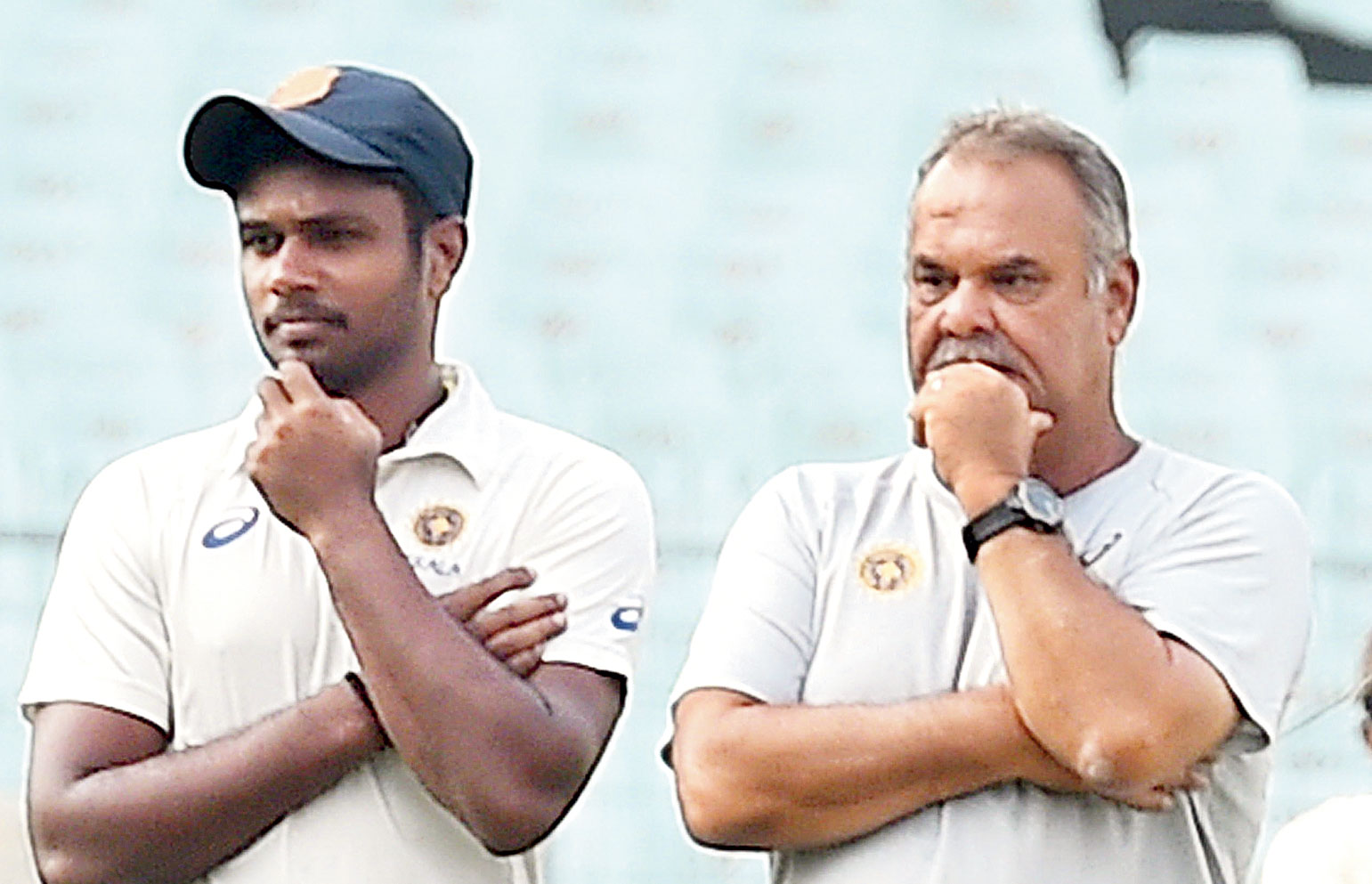 Bengal bowlers performed creditably to restrict Kerala to 237 for seven on the opening day of their Ranji Trophy clash in Thumba on Tuesday.

Sanju Samson revived Kerala with his 10th first-class century after they had been reduced to 15 for 2 in the first hour of play.

Samson was sixth out, in the last hour of the day, but thanks to him Kerala had some runs on the board. Robin Uthappa supported Samson with a fifty.

Kerala captain Sachin Baby won the toss and decided to bat but the decision seemed to have backfired with the Bengal pace trio of Ashok Dinda, Ishan Porel and Mukesh Kumar making it difficult for the hosts.

But it was left-arm spinner Shahbaz Ahmed and off-spinner Arnab Nandi who were the most successful with two wickets each.

Samson’s innings was laden with 16 boundaries and a six while Uthappa’s knock included five fours and a six.

Bengal captain Abhimanyu Easwaran, leading in his first Ranji match, said he was happy by the turn of events.

“At the start there was not much turn but as the day went by spinners started to get some help from the wicket. Our spinners did a really good job today and pacers did well at the start,” the Bengal captain said.

“The pacers attacked and got early wickets but after that period the wicket became slow. The pacers kept the run-rate in control with disciplined bowling and we knew if we could show patience we would definitely get the wickets.

“Sanju played well but he was lucky too, there were some streaky chances. Overall our bowlers did a very good job.”

Easwaran, hwoever, didn’t wish to predict much on the wicket.

“Till now the wicket looks good, a bit slow. I did not expect it to turn so early though.”