Thanks to Liam Livingstone, the eight-wicket victory was achieved with four overs remaining 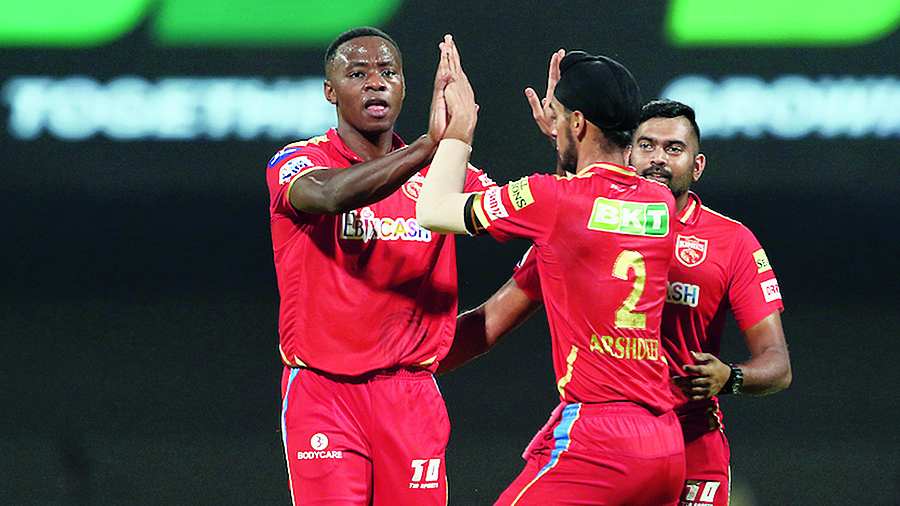 Gujarat Titans broke tradition and decided to bat on winning the toss to get accustomed to defending totals ahead of the play-offs. The table toppers’ experiment didn’t come off against a disciplined Punjab Kings attack and their bowlers too failed miserably which resulted in their five-match winning streak being snapped.

The Titans’ last four victories had been achieved while chasing targets and, on Tuesday, they realised what it means to put up a good total. The 144-run target proved too little as Punjab Kings returned to winning ways to move up to the fifth spot in the standings.

The early dismissal of Jonny Bairstow had no effect as Shikhar Dhawan (62 not out) and Bhanuka Rajapaksa (40) played an aggressive brand of cricket to end the Titans’ winning streak. It was a brave decision to send Rajapaksa to join another left-hander Dhawan. But the Punjab Kings think-tank decided to go ahead with the move to make use of the Powerplay overs and set the pace early in the innings.

The hard-hitting Liam Livingstone (30 not out off 10 balls) then finished it off in style slamming three consecutive sixes and two boundaries in one Mohammed Shami over. The eight-wicket victory was achieved with four overs remaining.

Kagiso Rabada (4/33) is the only international fast bowler of repute in the Punjab Kings line-up but the likes of Sandeep Sharma, Arshdeep Singh and Rishi Dhawan have proved to be equally adept in this format.

The South African pacer made full use of the bounce and carry in the wicket at the DY Patil Stadium in Mumbai to cripple the Titans innings. Sandeep was utilised mostly in the Powerplay overs while Arshdeep’s accuracy has made him a specialist at the end.

The Titans made 42 for two in the Powerplay overs but lost way after that. It was finally left to Sai Sudarshan to strike a few blows though it proved to be inadequate in the end.