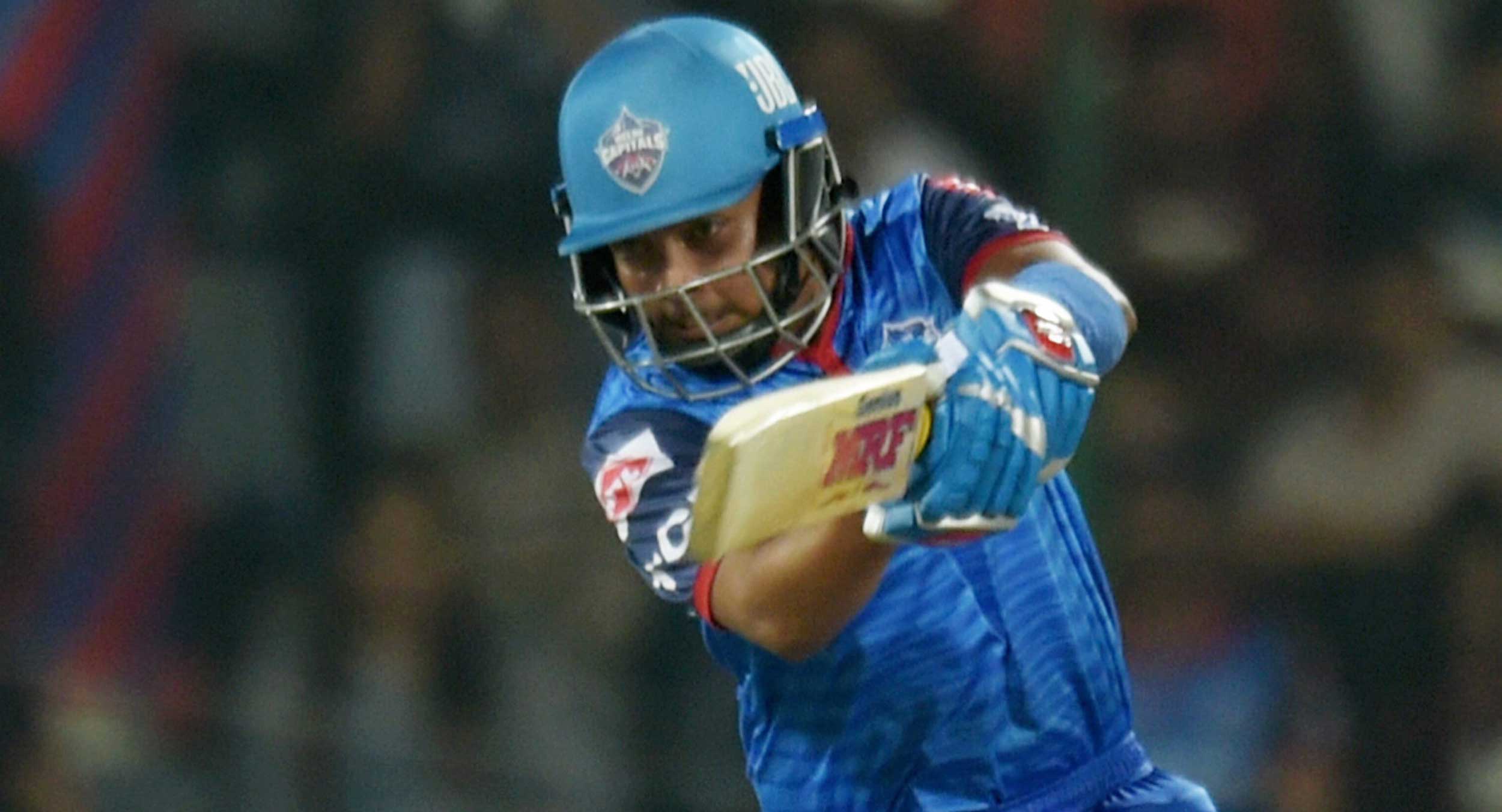 Delhi Capitals defeated Kolkata Knight Riders via the Super Over at the Kotla on Saturday. This was KKR’s first loss in three matches.

Batting first, Delhi made 10 for one off a Prasidh Krishna over in the Super Over. In reply, KKR managed seven for one off a Kagiso Rabada over. Andre Russell was dismissed off the third ball.

“A Super Over contest is always close. Such things always happen. But we have to admit that Rabada bowled extremely well. He stopped us from getting those runs,” admitted KKR captain Dinesh Karthik.

The match went into the Super Over after both teams were tied on 185.

Chasing 186, built largely on another superb Russell innings, Delhi Capitals needed six off the last over. They lost two wickets in the final over and ended on 185 for six, with Kuldeep Yadav taking two wickets .

The Delhi Capitals innings was built around Prithvi Shaw’s superb 99. The opener was dismissed in the 19th over, caught behind off Lockie Ferguson for 99 off 55 balls. The innings included 12 boundaries and three sixes.

KKR captain Dinesh Karthik and Andre Russell during their 95-run partnership for the sixth wicket on Saturday. Their effort, however, went in vain as Delhi Capitals won via the Super Over
(PTI)

Earlier, Russell was visibly in pain, had problems while running between the wickets and had to receive on-field treatment after being hit by a Harshal Patel beamer in the 14th over. But as Robin Uthappa described him on the eve of the match, he was a like a senior statesman with KKR.

The West Indian once again displayed his batting might in the hour of need to take his team to 185 for eight after the visitors lost half their side for 61 runs by the 10th over.

Russell’s 62 off 28 deliveries was an extraordinary knock considering the way he was hit by the beamer from Patel. Whether the ball accidentally slipped out of the bowler’s hand or he had some other ideas was not clear but Russell fell down on the pitch clutching his left shoulder. He recovered after initial treatment but needed more medical attention between overs.

Yet, Russell led the show in destroying the Delhi Capitals attack. From 118 for five in 15 overs, KKR scored 67 runs in the last five overs.

Russell hit four boundaries and six towering sixes as all of them landed in the stands. His dismissal in the 18th over was courtesy an extraordinary effort by substitute Rahul Tewatia in the 18th over. The Delhi Capitals fielders definitely heaved a sigh of relief seeing the back of the West Indian to the pavilion.

But then, it wasn’t Russell alone, who came to KKR’s rescue after the top-order batsmen returned to pavilion in the first half of their innings.

Karthik also played a solid innings of 50 off 36 deliveries — his 95-run partnership off 53 balls with Russell took KKR to a challenging total.

The KKR batting was in complete mess in the first 10 overs. The move to bring in Nikhil Naik as the opener in place of Sunil Narine did not click as his seven-run knock consumed 16 balls. Chris Lynn (20) showed lots of early promise only to be caught brilliantly by Rishabh Pant off a Kagiso Rabada delivery.

In fact, the hosts’ fielding was impressive — Rabada took a fine catch to quicken the exit of Nitish Rana (1) and Harshal effected the fine run-out of Shubman Gill (4).

The wicket had good carry and it showed when both Kagiso Rabada and Chris Morris bowled. They did trouble the batsmen with pace and bounce. Patel got rid of Robin Uthappa (11) and Rana (1) while Rabada had Chris Lynn (20) caught behind.

The run-rate improved dramatically once Russell went hammer and tongs at the bowlers.