Advertisement
Home / Sports / Cricket / No.3 more than just a number for Mitch Marsh

No.3 more than just a number for Mitch Marsh 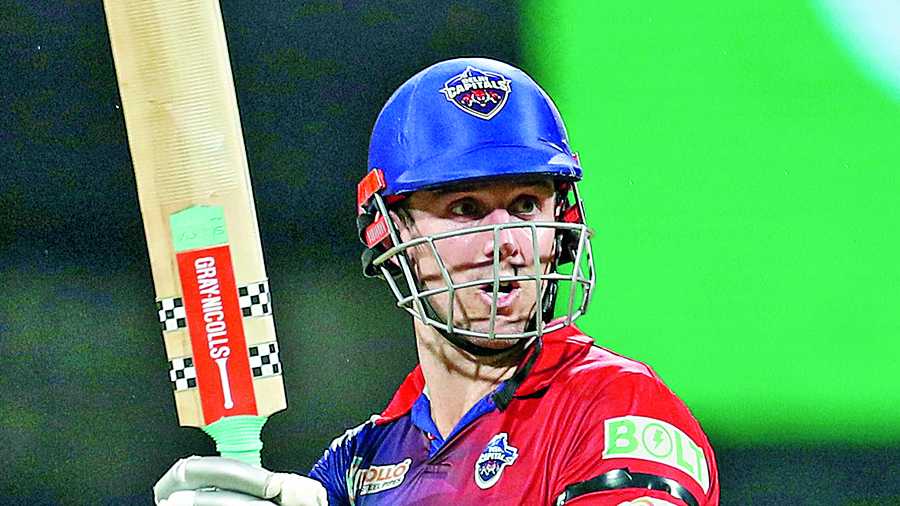 Mitch Marsh, Australia’s T20 World Cup hero, felt “cursed” after contracting Covid-19 at a time he had almost recovered from the hip-flexor injury, which sidelined him from the white-ball leg of his country’s tour of Pakistan in March.

By Marsh’s own admission, it was a “tough” start to IPL 2022 when he finally made the Delhi Capitals XI. He struggled to even middle the ball in his first two appearances. But following a 20-ball 37 versus Lucknow Super Giants at the Wankhede on May 1, he didn’t have to look back.

With back-to-back match-winning scores of 89 (against Rajasthan Royals) and 63 (versus Punjab Kings) in two crucial games for Delhi, the all-rounder also proved why he’s such a valued cricketer.

Marsh believes batting at No.3 has played a leading role in his progress as a batsman. “I think it’s probably more to do with batting at No.3. It allows you to come in at the top of the order and build an innings. And that has allowed me to be a lot more consistent,” Marsh told The Telegraph ahead of Delhi’s final league game, versus Mumbai Indians on Saturday.

“We’ve seen in T20 cricket that the top run-scorers are always the top four and they are the guys to get the opportunity to face the most number of balls. I’ve thoroughly enjoyed that opportunity and long may I continue batting at the top,” the 30-year-old said.

Since Australia’s limited-overs tours to the West Indies and Bangladesh till last year’s T20 World Cup in the UAE, which they won, Marsh has been batting at No.3 hitting six half-centuries in 15 T20I innings. His most precious knock was indeed the unbeaten 77 in the Cup final versus New Zealand, which helped Australia clinch the crown.

For Delhi too, he’s one of their most trusted top-order batsmen with 251 runs from seven innings at a strike rate of 133.51.

Marsh does have his limitations against spin but he is trying to adapt to Asian conditions.

“I certainly feel my game has improved a lot in these conditions,” Marsh asserted. “I’ve really worked on playing against spin and having more boundary options. I feel like I haven’t quite nailed that yet in this IPL, but I feel very close to putting a really complete game together.”