Advertisement
Home / Sports / Cricket / My Shane Warne: A Fanboy’s tribute to the wizard of spin

My Shane Warne: A Fanboy’s tribute to the wizard of spin

Arguably the greatest of his tribe, he instilled the same fear in batsmen as did the express pacers and made us fall in love with leg spin 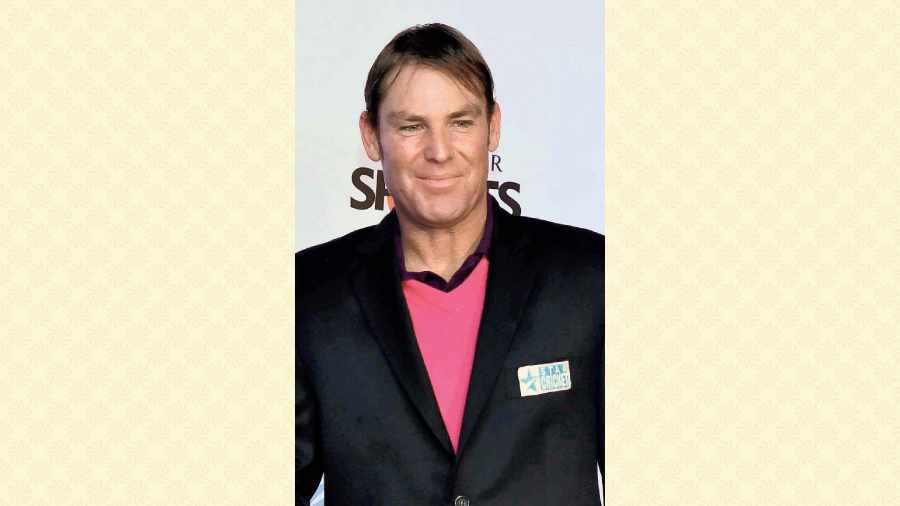 Disbelief, denial, shock — these were the myriad thoughts that ran through my mind when I read the news of Shane Warne’s death on my phone. The feeling of grief is yet to sink in — so huge is the loss for me and for every cricket fan all over the world.

Warnie was the Rockstar of cricket, the most flamboyant of them all after Deano (Dean Jones, who sadly passed away in 2020). Arguably the greatest of his tribe, Warne instilled the same fear in batsmen as did the express pacers and made us fall in love with leg spin. My friends and I would emulate his bowling action as I’m sure others did too. If only we could spin even a tad of what he did!

When you see Mike Gatting, one of the best players of spin, befuddled by the ‘ball of the century’, you can excuse lesser mortals like Andrew Strauss, Basit Ali, and Warnie’s favourite bunny, Daryll Cullinan, for falling prey to his guile.

Warne dismissed Cullinan four times in seven Tests the South African played against him. Warne became such a phobia for Cullinan that the Proteas batsman, whose career average was a shade above 44, managed an average of just 12.75 against the Aussies. Ironically, Warne died on the day Cullinan turned 55.

The mention of Basit reminds me of the 1995 series Down Under, where the two spin wizards — Mushtaq Ahmed and Warnie squared off against each other and both came on top with their dazzling display of leg spin. Mushtaq was the Player of the Match in the final game which Pakistan won while Warne was named Player of the Series, which Australia took 2-1. That for me was the finest exhibition of spin bowling in any Test series.

A year later, he conjured magic in the 1996 semi-final against West Indies in Mohali that led to an improbable win for the Aussies.

That the Windies, chasing a modest target of 208, collapsed from 165/2 at one point to lose all their wickets and the match by five runs says a lot about the pressure enforced by Warne’s fantastic spell (4/36). His effort was rewarded by yet another Player of the Match award, but it is not talked about as highly as his other achievements since the Aussies could not finish the task in the final against the Sri Lankans.

That was a rare failure of Warne against yet another excellent player of spin — Aravinda de Silva, who had otherwise been susceptible to his spin in earlier matches.

Warne duly made amends in the next edition of the World Cup where he bagged the Player of the Match awards in both the semi-final and the final, becoming only the third player to achieve the honour, after Mohinder Amarnath and Aravinda.

I guess Brian Lara, Sachin Tendulkar and Navjot Singh Sidhu showed the world how to tackle the wizard — by playing aggressively against him. The 1998 tour of India, where Sachin got out cheaply to Warne in the first innings of the first Test right after scoring a boundary, only to bounce back and pummel him all over the ground in the second innings, was one such fascinating example of going after the predator with equal belligerence.

And then of course came the “Desert Storm” in Sharjah.

India’s record against Warne was unblemished till the second Test in 2004 in Chennai, where he took his only five-for against us (6/125). As an Indian, I was gutted, but as a fan of cricket, I could not help but admire the feat. Warne could not play the fourth Test in Mumbai, else he would have surely bagged his second five-wicket haul against us on what was a dust bowl.

His off-field controversies proved to be the impediment towards his elevation as Australia’s Test captain — clearly more their loss than his. Note: Warne led Australia to 10 ODI wins out of the 11 times he captained them in the shorter format of the game — a record of sorts.

His record at Hampshire, both as a player and as a captain, speaks for itself. Also, it was primarily his captaincy that helped the unfancied team of Rajasthan Royals win the inaugural edition of the IPL.

It was also during that time Warne recognised the budding talent of a youngster, encouraged and promoted him, and gave him the sobriquet of a “rockstar” — Ravindra Jadeja. Jaddu’s second Test century on Saturday in Mohali ought to have been a tribute to his mentor.

I guess Brett Lee put it aptly when he said, “Warnie can’t pass away.” That’s true. Legends never die. They are immortal.