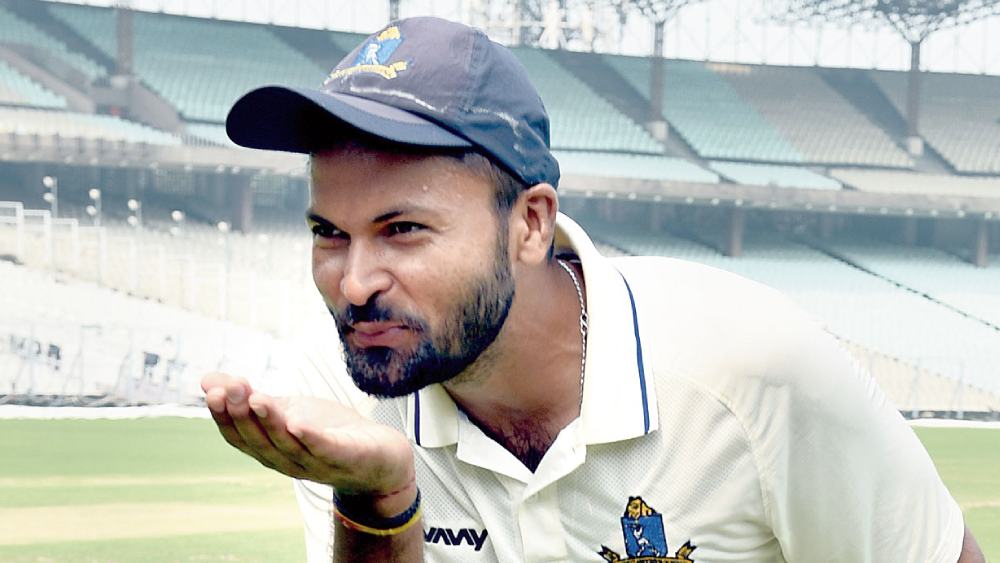 Bengal pacer Mukesh Kumar has been rewarded for his consistent showing of late.

The 28-year-old earned his maiden call-up in the 16-member India ODI squad, which was announced on Sunday for the upcoming three-match series versus South Africa.

Alongside Mukesh, left-arm spinner all-rounder Shahbaz Ahmed is the other player from Bengal in the squad, which comprises quite a few players who have performed in the recent India A matches against New Zealand A.

Apart from finishing at the joint highest wicket-taker for India A in the recent four-day games against New Zealand A in Bangalore and Hubballi, Mukesh also took a four-for in the first innings of the ongoing Irani Cup game for Rest of India against Saurashtra in Rajkot.

“I came to know of my selection from one of the national selectors while travelling back to the hotel,” Mukesh said.“Of course, an India call-up is always a great feeling. But at present, I’m focusing only on this Irani Cup game and what I can do to pick up more wickets.

“Once I join the India set-up, only then will I think of the ODI series... Don’t want to look too far ahead,” he added.Madhya Pradesh and Royal Challengers Bangalore batsman Rajat Patidar has also found a place in the squad that will be led by Shikhar Dhawan.