The Team India opener ended his innings at 215 runs 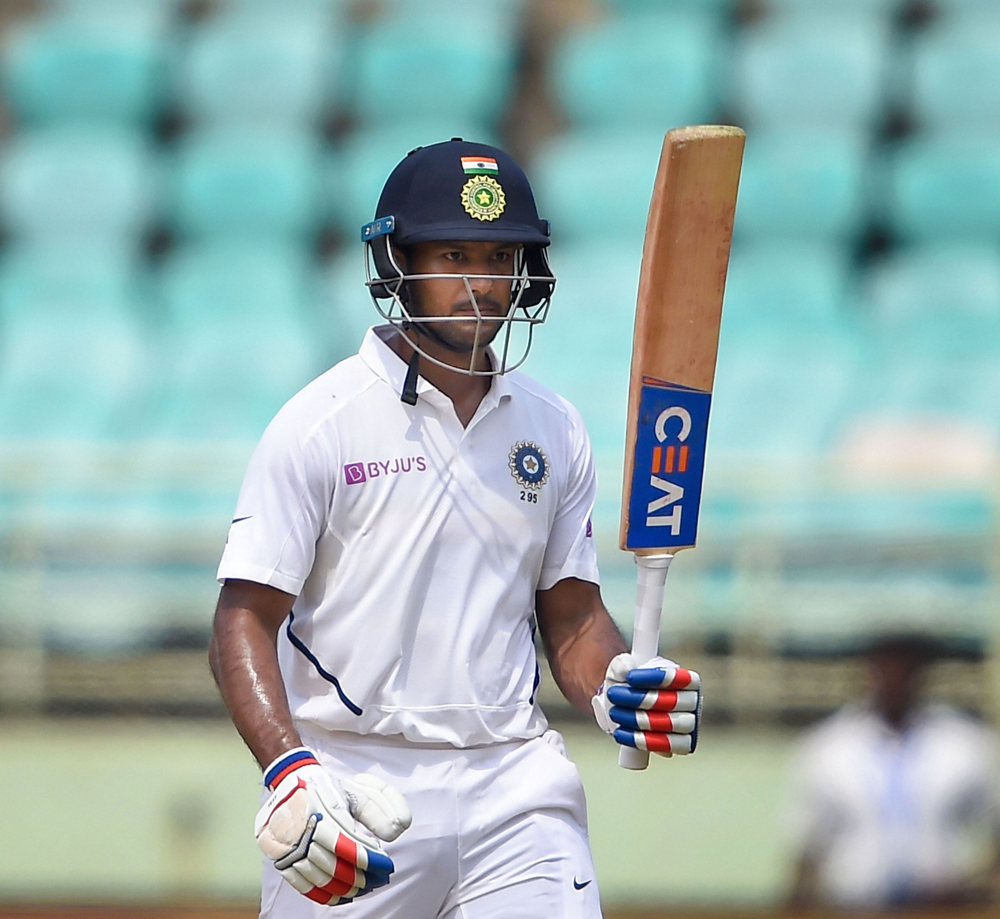 Mayank Agarwal after scoring 150 runs on the second day of the first Test match against South Africa in Visakhapatnam on Thursday
(PTI picture)
TT Bureau   |   Visakhapatnam   |   Published 03.10.19, 08:36 AM

Mayank Agarwal has achieved a major milestone by crossing the 200-run mark on Day Two of the first Test against South Africa in Visakhapatnam on Thursday.

Agarwal, hailing from Bangalore, is adept at making big scores, having done prolifically in domestic cricket. He has been an opener since his stint in the under-13 team for Bishop Cotton Boys’ School, Bangalore. Back in 2009, he had scored a 160 for the national under-19 team, helping it snatch a victory against Australia in Hobart.

This is the fourth instance that Team India has seen its openers score 150 or more runs. Shikhar Dhawan and M. Vijay have achieved the milestone twice, while former cricketers Pankaj Roy and Vinoo Mankad did it once.