Mayank Agarwal adds positives to do better next year

So if we go out there and play the kind of cricket we play, we can do well next season: PBKS skipper 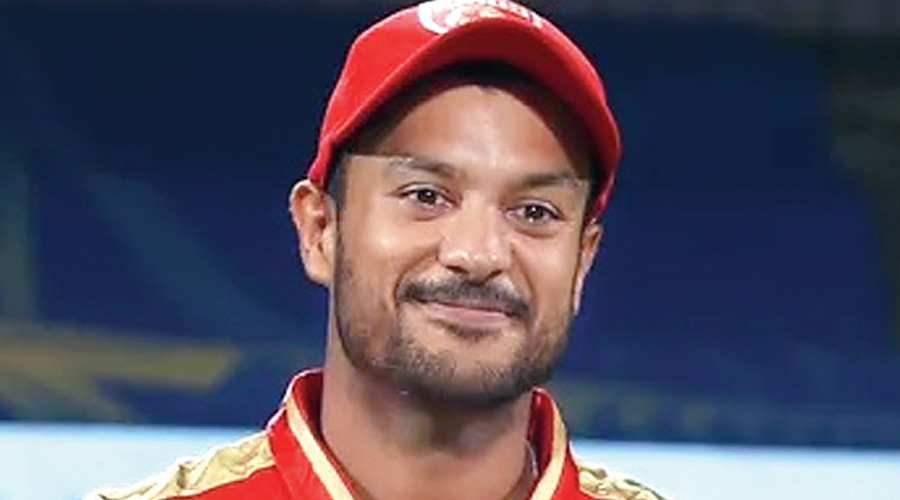 Punjab Kings captain Mayank Agarwal focused on the positives after his team registered an easy five-wicket win over Sunrisers Hyderabad in their final appearance of this IPL at the Wankhede on Sunday.

“There are a lot of positives for us. The way (Liam) Livingstone batted, while (Shikhar) Dhawan also played well. (Jonny) Bairstow did a fine job as well since the time he started to open.

“So if we go out there and play the kind of cricket we play, we can do well next season,” Mayank, who had to go for an X-ray in his ribs after being hit by a searing Umran Malik delivery during the game, said at the post-match presentation.

Reflecting on what actually went wrong for Punjab this year, Mayank said: “We couldn’t stitch two back-to-back wins. We lost wickets in a cluster and that, at times, derailed us.

“However, we have played an aggressive brand of cricket over all. We are going to sit and discuss for the next IPL.”

Livingstone, one of the big positives for Punjab this season, did a decent job with the ball too alongside unleashing those meaty blows that he’s known for. The Englishman, though, prefers to keep his head down and work further on his game.

“I’m still learning, still developing and hopefully, playing in all these different tournaments around the world will help me grow in terms of my game,” Livingstone said.

“It’s all about gaining that experience and trying to become a better player. I will go back to England now and try and use what I’ve learnt from this tournament in the next one.”

About his “love” for bowling, Livingstone added: “It’s not the easiest thing. It does not come naturally to me.

“But I would’ve probably liked to have bowled more through the tournament.”