Covid delayed the women’s World Cup by a year. So now, it’s March-April 2022 in New Zealand. May the Women in Blue hit it out of the park. 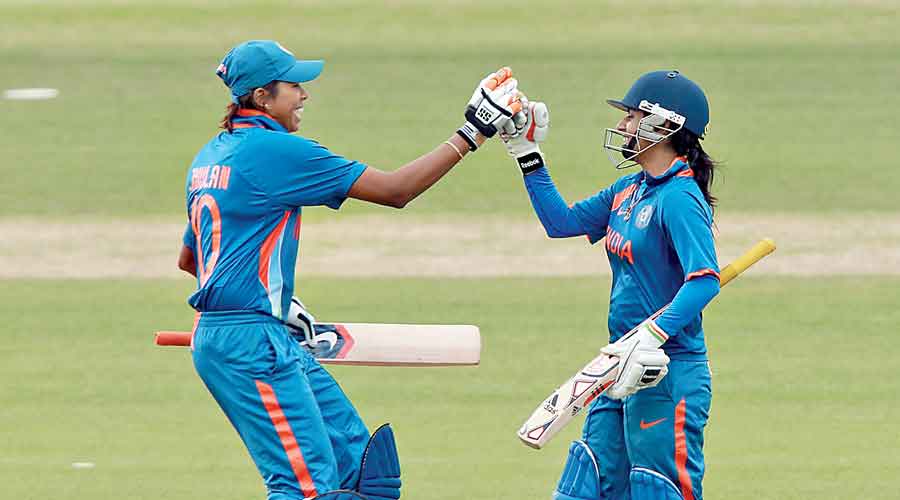 The ICC women’s ODI rankings issued on Tuesday, with India’s veterans Mithali Raj and Jhulan Goswami globally at No. 3 and No. 2 among batters and bowlers, made far less noise than the gender-bender “Kuch khaas hai” chocolate advert this September.

In the new advert, a woman’s strike for six propels her team to victory while her delighted boyfriend dances to the iconic jingle.

The same ad, in the early 1990s, had a man on the pitch while his girlfriend danced ecstatically.

I was in school then in Jamshedpur, which was still a part of Bihar. My gully cricket days had just been cut short by clichés ranging from jeers to well-meaning concern for my studies and complexion. For a few fleeting months, I had fancied myself as a crafty left-arm spin bowler. I had practised before the mirror and taken a couple of wickets. They were freak accidents, as a teammate, a boy, put it.

He was more respectful of the other girl in the team, a tall, well-built and aggressive fast bowler. This girl walloped all the batters, including her two brothers she was meant to babysit.

Her parents decisively put a stop to her gully outings when they learnt she wasn’t babysitting but bowling.

She was married off after her Plus Two. My parents didn’t say a thing to me. But everyone else had so much to say that I retired hurt and resigned myself to the role of a WAG, dreaming about dancing for Sachin instead (who hadn’t yet married Anjali), just like the girl in the original 1990s chocolate ad.

A decade later, much had changed. India’s women cricketers had for the first time played in the World Cup finals against Australia. This was in April 2005. Venue, South Africa. I hugged myself in glee: will 2005 be 1983 for Indian women’s cricket?

No, it wasn’t. On the big day, our line-up, including Mithali Raj and Jhulan Goswami, collapsed like ninepins. Indian women’s cricket stayed on the fringes. But I discovered an actual crafty left-arm spinner in Neetu David. Rajeshwari Gayakwad, another favourite who was in stellar form in the 2017 World Cup, would emerge years later.

More misses and some hits later, the 2017 World Cup was a game-changer in the form of Harmanpreet Kaur. At the semi-finals against the mighty Aussies, she scored an unbeaten 171 off 115 balls. It was a surreal experience. The papers reported that the tickets to the final between India and hosts England, at Lord’s on July 23, 2017, were sold out.

I was again expecting a miracle. But this time, though India lost to England, it was by 9 runs in one of the most nerve-wracking cricket matches I have ever watched. People (and sponsors) who say women’s cricket is boring should change their minds after this match, I thought.

Two words qualify this in hindsight. Naïve optimism. Maybe I share the sentiment with the Indian women who play cricket for the sheer love of the game as the crowds and the big bucks resolutely gape at their male counterparts. Why, even the chocolate ad hired Kavya Ramachandran, who’s not a cricketer, to play the batter.

Covid delayed the women’s World Cup by a year. So now, it’s March-April 2022 in New Zealand. May the Women in Blue hit it out of the park. I know I’ll be cheering them on. And my lost childhood friend, the girl who chose bowling over babysitting and had to pay the price.