Official figures to be known after the bidding for Packages C and D end, possibly on Tuesday 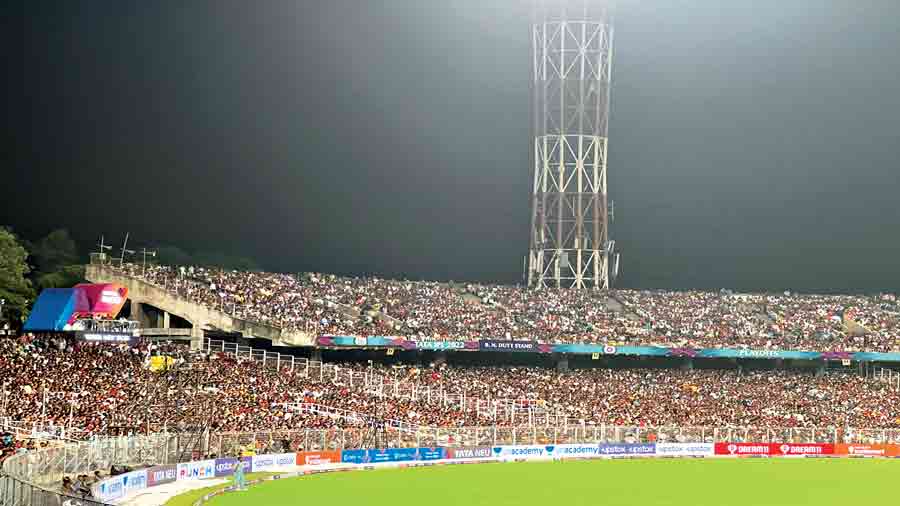 The combined value of TV and digital rights for the Indian subcontinent’s next five-year IPL cycle stood at Rs 44,075 crore after the second day of the e-auction in Mumbai on Monday, according to sources privy to the bidding process.

The official figures will only be known after the bidding for Packages C and D end, possibly on Tuesday.

The numbers furnished by the sources suggest that the combined value of TV and digital rights for the Indian subcontinent is already almost 2.7 times, or around 170 per cent, higher than the previous IPL media rights deal of Rs 16,347.50 crore bagged by Star India.

There was no official word from the Board of Control for Cricket in India (BCCI) on the winners. But it has been learnt that two entities were locked in a close tussle for Package A before the winner was decided.

The sources disclosed that Package B closed at Rs 48 crore per game in the first round but finally ended at Rs 50 crore mark after the Package A winner used the Right to Challenge card. It stayed with the original winner, as the challenger reportedly backed out after a few bids of Rs 50 lakh each.

The bidding for Packages C and D began after 2pm on Monday and couldn’t be completed by close at 6pm. It will resume on Tuesday. Participants are understood to have made full use of the 30-minute gap between each bid, leading to long durations for each package.

When bidding ended for the second day, Package C, which includes an 18-game non-exclusive pack for a maximum of 98 matches in the five-year cycle, was going strong at Rs 18.75 crore per match as against the reserve price of Rs 16 crore.

The matches in Package C will vary subject to the number of games in a season. For the next two seasons the IPL is planning to have 74 matches per edition, which implies that the package will have 18 matches each season. The 2025 and 2026 seasons are set to have 84 matches and the package matches will be increased in steps of two for every additional 10 matches. So for 84 matches in a season, it will rise to 20 and if the tournament has 94 games in 2027, the package will have 22 matches.

The substantial increase in the total value of the media rights will also mean a huge jump in the income of the 10 IPL franchises. As of now the BCCI allocates 50 per cent of its earnings from media rights every year to a central revenue pool, which also includes income from title rights, from where it is equally distributed among the franchises.

This could also mean a significant increase in the franchise’s salary purse which was fixed at Rs 90 crore for every franchise till the last auction.