Jadeja ruled out of remainder of IPL, goes home with rib injury

All-rounder who captained CSK in the first eight games, had a forgettable season this year 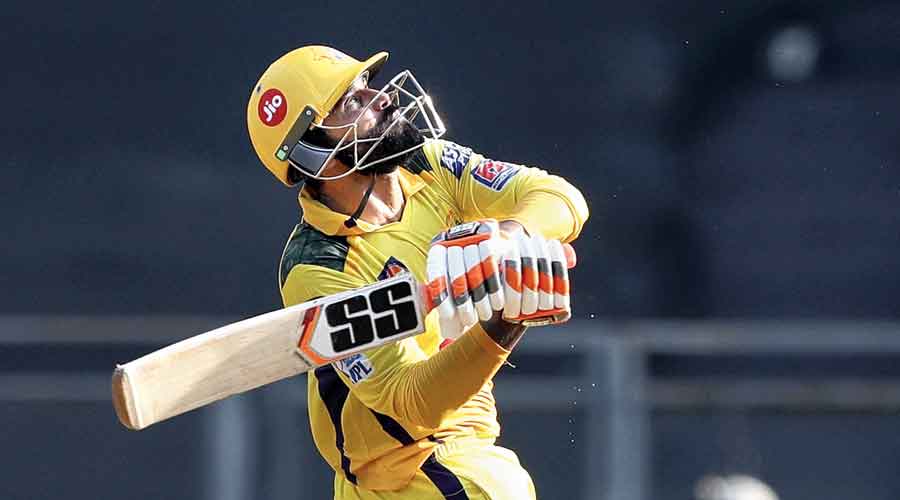 Senior India and Chennai Super Kings all-rounder Ravindra Jadeja was on Wednesday ruled out of the remainder of the IPL due to a rib injury, days after quitting the leadership role.

Jadeja apparently didn't play the match against Delhi Capitals due to an upper body injury, sustained during an earlier match against the RCB.

Jadeja, who captained CSK in the first eight games, had a forgettable season as all he could manage was just 116 runs at an average of 20 in 10 games and only five wickets at an economy rate of 7.51.

While the official reason being given for Jadeja's unavailability is injury, sources tracking developments in the CSK camp claimed that the all-rounder has been dropped.

"It seems there is more to it. Jadeja has also unfollowed CSK on instagram," an IPL source told PTI on conditions of anonymity.

The CSK CEO when asked about Jadeja's decision to unfollow the franchise on social media, didn't want to read too much into it. "I have no clue about all this stuff like instagram and twitter and so I won't be able to tell you much about these things," the CEO said.

While Jadeja led CSK in eight games losing six and winning two, the 'Yellow brigade' has won three out of four games since Dhoni is back as the leader.

Dhoni, after taking the leadership mantle back from Jadeja, had in a roundabout manner claimed that the all-rounder was told during the last season that he would be handed captaincy for 2022 edition.

It was typical Dhoni-style subtle message about the Saurashtra player not doing his homework. At 33, Jadeja is a senior India star and decorated performer in his own right. It appeared that he wasn't given full charge during the time he was at the helm, an indication of that was when he was seen fielding in the deep.

Those who have keenly followed CSK franchise over the years have observed that if a CSK player is injured, he normally doesn't come to the ground. Only those who are dropped sit in the dug-out. And for the record, Jadeja was in the dug-out.