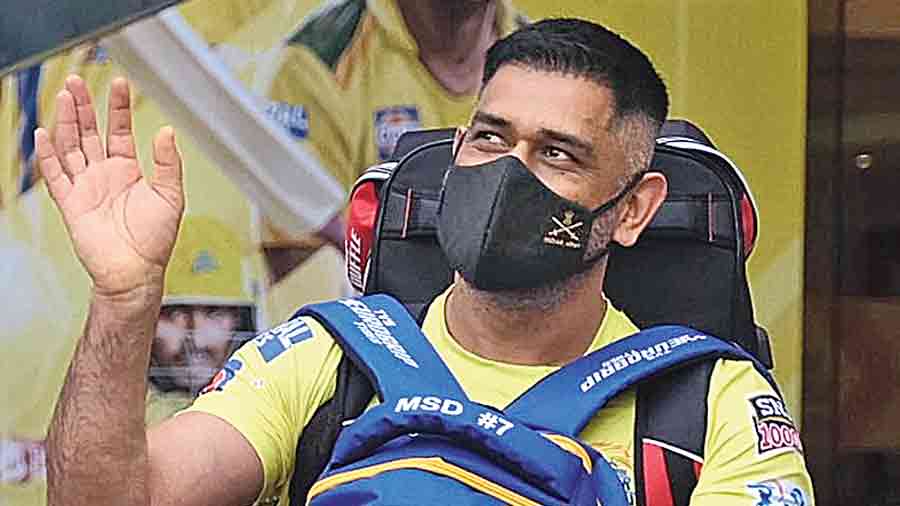 Mahendra Singh Dhoni began training along with his Chennai Super Kings teammates on Sunday.  The Super Kings began their pre-IPL camp at the Lalbhai Contractor Stadium in Surat from March 2.

The franchise, on its Twitter handle, posted a picture of Dhoni waving in the Super Kings jersey along with a line: “The Hi we have been waiting for! Day I”. The defending champions will begin their campaign against last year’s runners-up Kolkata Knight Riders in the tournament opener on March 26 at the Wankhede.

As for the Knights, they will be playing a total of four matches at the Wankhede, same number of games at the DY Patil Stadium in Navi Mumbai, three each at CCI (Brabourne Stadium in Mumbai) and the Mahrashtra Cricket Association Stadium in Pune.

Two matches of the Knight Riders will begin from 3.30pm: against Delhi Capitals at CCI on April 10 and versus Gujarat Titans in Navi Mumbai on April 23.