‘Momentum is with India, but that (ODI series) is done and dusted. We have to live for the present and focus on what we have to do’ 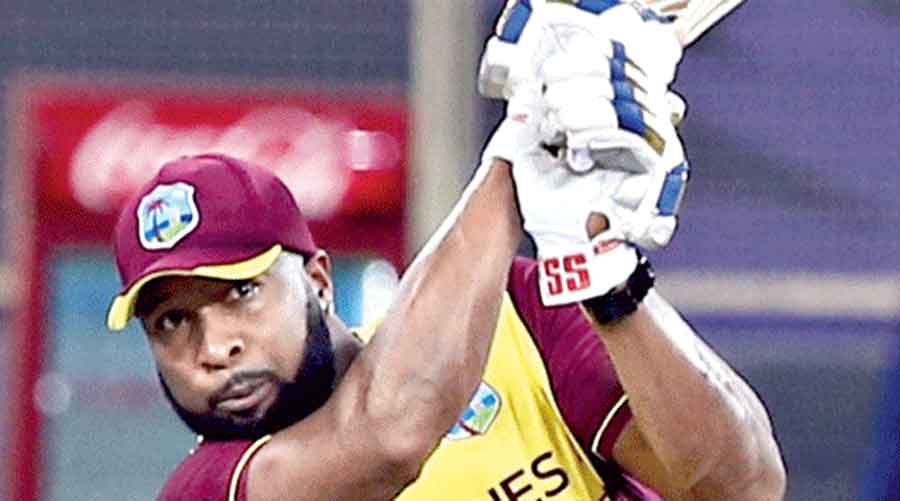 Kieron Pollard, the West Indies captain, rated the Eden pitch as “a very good cricketing wicket” ahead of the three-match T20I series that begins on Wednesday.

Pollard, along with head coach Phil Simmons, was seen having a lengthy discussion with Eden curator Sujan Mukherjee at the end of their practice session on Tuesday.

During their training on the eve of the first game, all-rounders Jason Holder and Fabian Allen got hit while taking throwdowns on the practice pitches. It was learnt then that the Windies team management was unhappy even with the main pitches that would be in use for the three matches.

Although Pollard made no negative comments on the wicket in his pre-match news conference, he did say that the Windies are “expecting the unexpected”.

“I think it’s a very good cricketing wicket. There’s something in it for the bowlers and once you give yourself an opportunity to get a start, the outfield is pretty quick and the ball tends to come on to the bat whenever I have played here over the last couple of years,” Pollard said.

“In the night here, the atmosphere is a bit chilled and with dew around, the ball should be able to slide on to the batters. So we’re looking forward to that.

“That’s my assessment of what we expect, but it’s also good to expect the unexpected. So let’s see,” he added.

Pollard, who is Rohit Sharma’s teammate at Mumbai Indians, acknowledged that the momentum is with India after their 3-0 ODI sweep. However, the visitors do not lack in confidence, having beaten England 3-2 in a T20I series at home prior to their tour of India.

“Momentum is with India, but that (ODI series) is done and dusted. We have to live for the present and focus on what we have to do. We have to execute our plans and put them on the backfoot when they are batting and bowling.

“Coming out on top against England gives the guys extra confidence as they are looking forward to the challenge and looking to score runs as well on these sort of pitches. We’re quietly confident of doing well,” Pollard emphasised.

Pollard had missed the second and third ODIs owing to a knee issue, but said he’s now fit with things improving “drastically” over the last couple of days.

“One of my knees had a bit of fluid in it. I was not being able to bend it as it was a bit stiff. The rigours of 50-overs cricket were actually going to be very difficult.

“For me, I couldn’t give my 100 per cent. But now as we start, all of us are available for selection,” he said.