It is learnt that Bloemfontein, Paarl and Port Elizabeth could be the alternate Test venues in CSA’s new plan to move the matches to “safer venues” 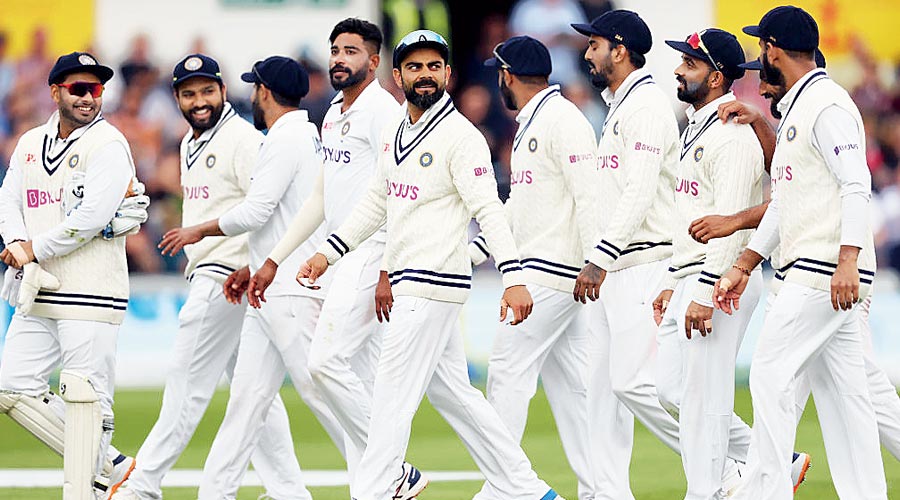 India’s cricket tour of South Africa is under a cloud of uncertainty after presence of a new variant of the Covid-19 virus in the African nation came to light, raising considerable concern across the globe.

India begin their tour with three Tests in Johannesburg and Centurion, where cases have risen enormously, besides Cape Town. Three ODIs and four T20Is are also part of the tour.

BCCI president Sourav Ganguly told The Telegraph that “talks are still on” with Cricket South Africa as the situation regarding the spread of the virus is being monitored closely.

The squad is to leave for South Africa by a chartered flight in the early hours of December 9. The BCCI is expected to follow the government’s guidelines. The players and support staff will also be consulted.

“The players’ well-being is of utmost importance. They have already spent a considerable amount of time in several bio-bubbles. We will have to see if they need to quarantine upon landing or if families are allowed to travel with the players,” someone in the know of things said. “This is an evolving situation. You don’t know what is going to happen in the next 48 hours.”

It is learnt that Bloemfontein, Paarl and Port Elizabeth could be the alternate Test venues in CSA’s new plan to move the matches to “safer venues”.

The India A team, who are currently in South Africa, have been assured of all safety measures. The last day of their ‘unofficial’ Test in Bloemfontein was washed out on Friday.

“Bloemfontein is in the southern part while the outbreak of the new variant has happened in the northern side. There’s no reason to feel insecure in the bio-bubble at the ground and hotel. We have had discussions with the CSA and its medical team,” India A manager Anil Patel told The Telegraph.

Deepak Chahar and Ishan Kishan joined the squad on Thursday for the remaining two matches and the squad is scheduled to leave for India on December 10.

CSA had to cope with enormous losses after England abandoned their white-ball series raising concerns about bio-bubble safety in December and then Australia cancelled their tour in February-March. The Netherlands’ ongoing ODI series in South Africa could be cancelled though their first match took place in Centurion on Friday.