Looking scratchy in the first Test, the 33-year-old spinner was spot-on in terms of the length he bowled 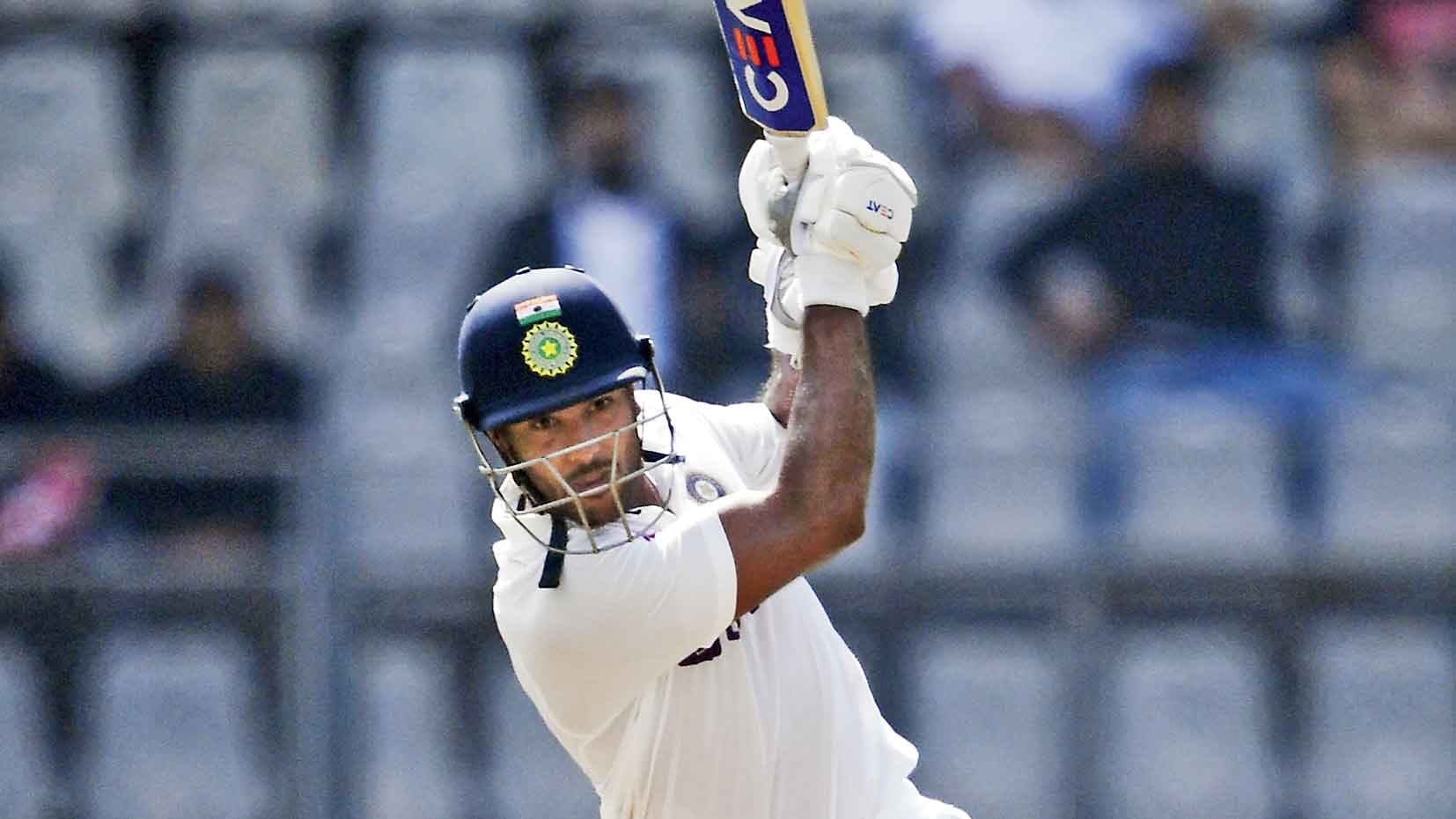 Virat Kohli’s much-awaited return after the short break lasted only three balls, ending in controversial circumstances. But Team India wouldn’t mind that too much as Mayank Agarwal (120 batting) put them on a strong platform at 221/4 at the end of a curtailed Day I of the second and final Test at the Wankhede in Mumbai.

There were talks of dropping Mayank from the XI after low scores in Kanpur in order to accommodate Kohli. Fortunately for Mayank, Ajinkya Rahane getting ruled out with a minor left hamstring strain helped clear the path for him.

Mayank made sure to grab this opportunity with both hands by registering his first century in two years, an innings that’s well and truly a timely one too, considering he had lost his place in the side.

For sure, Mayank would like to add more to his knock having stood tall in what was a challenging and tricky situation for India. Winning a good toss after a wet outfield forced a two-and-a-half-hour delay to the scheduled start, Mayank, along with Shubman Gill, began strongly. But from 80 without loss, India suddenly slipped to 80/3 as left-arm spinner and ‘Mumbaikar’ Ajaz Patel (4/73) struck thrice in quick succession. 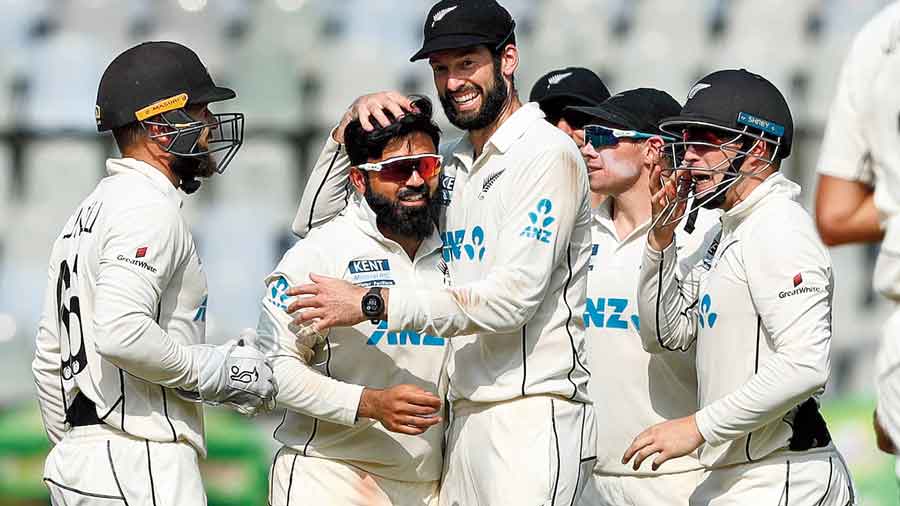 Skipper Kohli too was on the list of the three dismissals. All-rounder Ravindra Jadeja’s absence (owing to a right forearm injury) made their batting look a little bit weak. But Mayank remained unfazed, and his decision to not shy away from unleashing a stroke whenever he found a scoring opportunity paid him rich dividends.

Though Shreyas Iyer, after a fantastic debut in Kanpur, didn’t score too many runs, Mayank’s intent enabled the pair to stitch a crucial 80 for the fourth wicket.

Giving Mayank able support at the other end is Wriddhiman Saha (25 batting), quick to regain fitness after sustaining a neck spasm during the first Test.

The wicketkeeper-batsman, who opened his account by launching Ajaz straight over the top for a six, has also looked quite solid so far.

Together Mayank and Saha have put on a composed 61-run stand for the fifth wicket that is equally important given the circumstances.

Looking scratchy in the first Test, 33-year-old Ajaz was spot-on in terms of the length he bowled. Agreed he couldn’t restrict Mayank from playing the big strokes, but there were occasions when the left-armer did manage to get past the opener, making good use of the extra turn and bounce of the Wankhede pitch.

Forcing an edge off a set Shubman and then extending Cheteshwar Pujara’s lean patch by deceiving him in flight, Ajaz indeed was a tad lucky when the television umpire had no conclusive evidence on whether Kohli inside-edged the ball or if it had first kissed the India captain’s pad and then taken the edge before hitting the pad again.

Ajaz and his New Zealand teammates, though, were hardly bothered as the on-field umpire’s decision to rule Kohli out lbw was upheld.