Indians across the border were forced to bestow a grudging respect to their neighbours, who burned their own team with criticism laced with an acid humor 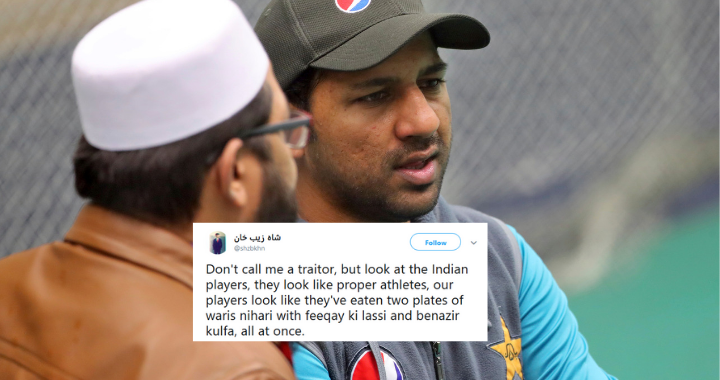 Indians may have given the Pakistan team a drubbing of a lifetime, but it was not them who came out as the top entertainers of the day. Pakistanis with their own unique brand of scathing humour had Twitter in splits.

Indians across the border were forced to bestow a grudging respect to their neighbours, who burned their own team with criticism laced with an acid humor.

It was this self-lacerating candour of the Pakistanis which was the only saving grace of a day otherwise marred with poor performance on the field by their team. The only resistance Pakistan offered on the field was Mohammad Amir with the ball and Fakhar Zaman and Babar Azam with the bat.

To their luck, Pakistanis were spoilt for choice with troll-worthy images. One of them, a picture of a yawning Sarfaraz Ahmed, Pakistan team captain, on the field will supply a bevy of colourful jokes for a long time to come for both the sides.

Here are some of the choicest tweets with which the Pakistan fans excoriated their own team:

This guy is the only bad thing related to India today. #PakvInd pic.twitter.com/eUcV21GKHk

Don't call me a traitor, but look at the Indian players, they look like proper athletes, our players look like they've eaten two plates of waris nihari with feeqay ki lassi and benazir kulfa, all at once.