ICC Cricket World Cup 2019: Is the India-Pakistan match worth the hype?

It has been a one-sided contest, and this time too India looks like it will win 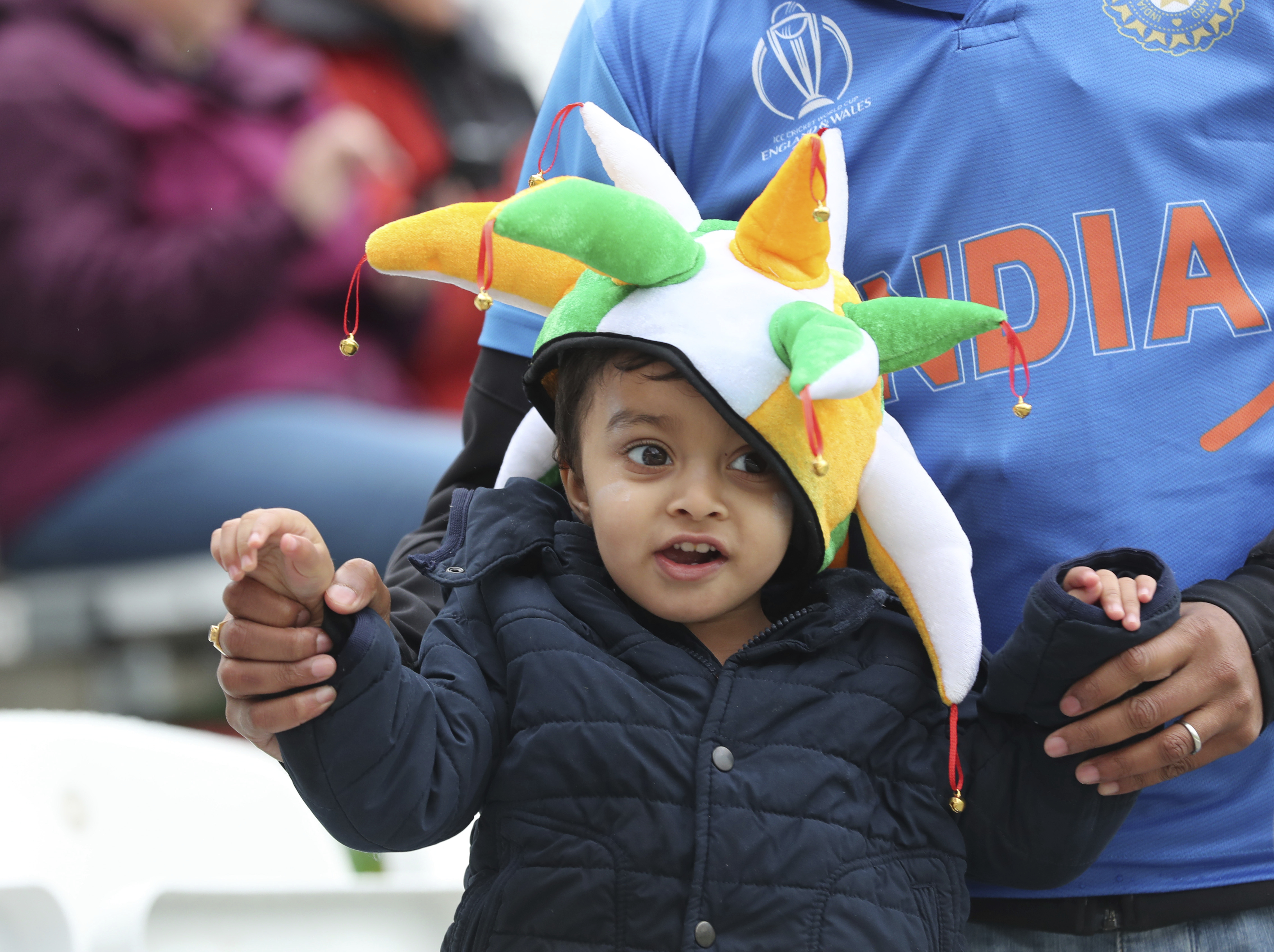 A young Indian fan at Trent Bridge waits for India and New Zealand to start playing at Trent Bridge in Nottingham on June 13. India and Pakistan will face off at Old Trafford.
AP
Mumbai   |   Published 15.06.19, 11:23 AM

The greatest rivalry in cricket. The biggest game this year. The final before the final. An epic showdown that overshadows all else. The marquee contest that brings the Word Cup alive.

India meet Pakistan in a World Cup group stage encounter at Old Trafford this Sunday, and the hype is on.

The teams are unified by their penchant for the big win over the neighbour on the field. Outside the cricket field, good neighbourliness is in short supply.

Cricket takes a backseat when India play Pakistan, more so when the stage is the World Cup.

Yet, it is hard not to notice that cricket's greatest rivalry has hardly delivered on its biggest stage. India enjoys a formidable 6-0 record against Pakistan. Barring poetic uncertainties of the game, the likelihood of the men in green winning tomorrow looks improbable.

It may be pertinent to ask the question. Is the encounter worth the hype?

Imran Khan, the current Prime Minister of Pakistan, who is undoubtedly a larger-than-life figure in world cricket, was in his shorts when the neighbours went to this war. The 1971 conflict that led to the creation of Bangladesh out of East Pakistan further strained ties.

India's captain Virat Kohli celebrates after winning the match between India and Australia at the Oval in London on June 9.
AP

The two countries met on the cricket field in 1978, by when Imran was a fearsome bowler, the lynchpin of his team's attack.

And though the two sides did not meet in a World Cup till 1992, cricket diplomacy in the late 1980s ensured that Imran led his team to play in India in 1987 as the magnificent Sunil Gavaskar's career came to a close.

The rivalry was worth the hype, at least when it started.

In 1992, Javed Miandad's 'Jumping Jack' imitation of Indian stumper Kiran More made headlines even as India polished off their rivals by 43 runs. The fact that the same Pakistan team would go on to win that very World Cup perhaps fuelled the intensity, and the impact of India's win over Imran's 'cornered tigers', a rather expansive alliteration that found its way into popular sport literature after they trumped England to become world champions.

The 1996 quarter-final face-off at the World Cup gave Indian fans bragging rights because of two incidents that got more attention than India's convincing 39-run win.

The first was Ajay Jadeja's 22-run shellacking of the fiery Waqar Younis in an over that sent the Bangalore crowd, and Indians the world over, into raptures.

The second was the confrontation between Aamir Sohail and Venkatesh Prasad. Sohail pointed his bat at Prasad in a condescending manner after hitting him for a boundary, as if asking the lanky paceman to 'go fetch that'.

With the next delivery Prasad clean bowled Sohail. Then the Indian pacer mouthed a special send-off bordering on the profane to Sohail. He also pointed to the Pakistani dressing room, as if to tell Sohail that was now his place.

The rivalry had found new, aggressive images to become etched in every Indian cricket fan's memory.

If you talk of the big India-Pakistan games anywhere, whether it is Toronto or Tuticorin, Malda or Manchester, these incidents pop up.

These moments may have also fed the nationalistic slant in fan following.

Pakistan's Mohammad Amir celebrates after taking the wicket of Australia's Mitchell Starc at the County Ground in Taunton on June 12.
AP

An India-Pakistan match has never been about subtle nuance. The cricket comes second to the compelling images of men aggressively facing off on the pitch, even though all they are trying to do is just win a bloody game!

I most humbly beg to differ (rather, just differ) with the 'war minus shooting' tone that is usually attached to these matches.

It has never been that. It has just been about pride, about the need to best another team with a shared history marked by strife and conflict, but similarly engaged and turned on by the passion for the game.

India-Pakistan matches have yielded some compelling performances on the big day. The epic battle isn't, and shouldn't be about the More-Miandad joust, or the Prasad-Sohail face-off. It should rather be about the way Sachin Tendulkar started India's run chase at the SuperSport Park with an emphatic six over the square third-man fence off Shoaib Akhtar. Cricketing gold.

It was an absolute delight to watch Tendulkar in such an imperious mood. More followed. Delectable wrists dispatched another Shoaib missile to the square leg fence. Then, of course, triggering across to the off stump, zero backlight, no follow through, as bat met ball, Shoaib's bullet was sent back down the ground for four. It was the beginning of another defeat for Pakistan in India's hands.

Pakistani fans would have similar winning memories rafted together by their brand of nationalistic symbolism and cricketing excellence. They go back time and again to Miandad's last ball heist in 1985, and why shouldn't they?

But frankly speaking, when it comes to the World Cup, jingoism aside, India have been calling the shots. This time around too, they look to seal another win over their famed rivals, unless the heavens come pouring in Manchester. India goes in with two wins and one match with no result. Pakistan has won a single match, lost two and has one encounter with no result. The no-result games are because of the rain that has somewhat spoilt this Cup. On the points card, India has 5, Pakistan 3.

To beat Pakistan six times out of six on the World Cup stage is no mean feat. A look at previous scorecards or even match summaries will surely help in assessing why it's always been a one-sided affair, and not the thrill-a-moment dogfight that fans have always imagined it to be.

Yes, this will be the most keenly watched sporting encounter of the year. The numbers at least still do justice to the contest.

An audience of almost hundred times that of the NBA finals, many times over the millions who watch the Super Bowl finale, television and digital audiences for this World Cup's Manchester derby will surely topple everything on the charts.

Yet it is important to remember, there are other games too being played that are likely to bring out better cricket. After all, why talk of rivalry, when the contest ain't as compelling.

Just let there be no rain. Let the game begin.

Sanjeeb Mukherjea is a sports television personality. An award-winning journalist, Mukherjea is also the lead anchor and commentator for the 2019 World Cup for Star Sports 1 Bangla