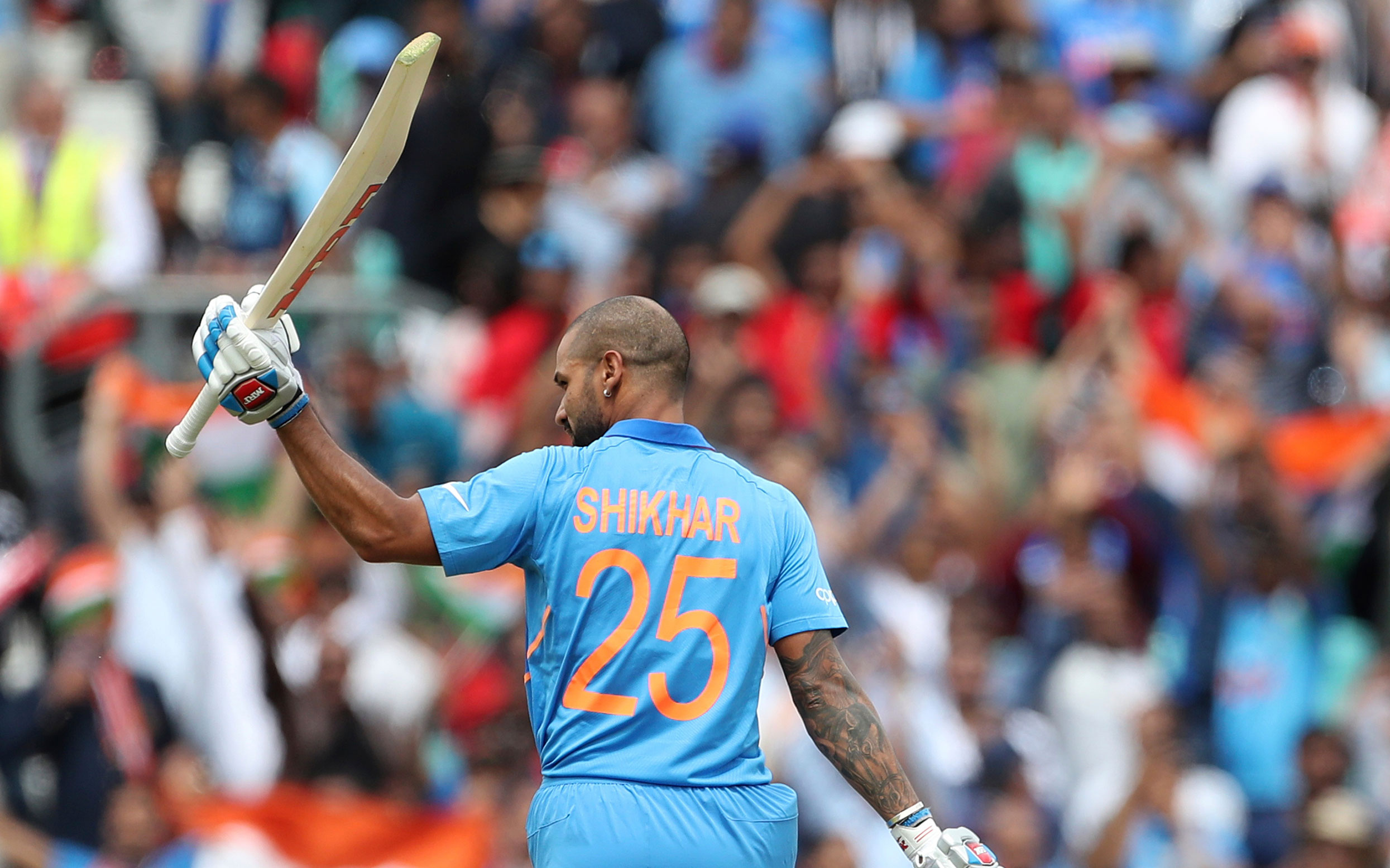 Senior Indian opener Shikhar Dhawan was on Tuesday ruled out of at least two World Cup matches after his left thumb was found to have a hairline fracture, dealing a major blow to one of the top title contenders at the showpiece.

The team management was tight-lipped on a possible replacement, which may not even be called if the hairline fracture heals within two weeks.

Dhawan will, however, miss the game against New Zealand on Thursday and the marquee clash against Pakistan on Sunday, a BCCI source said.

It remains to be seen if he regains fitness for the match against Afghanistan of June 22. Dhawan was the hero of India's win over Australia on Sunday with a knock of 117 off 109 balls.

He played through the pain after being hit on his left thumb by a rising delivery from pacer Nathan Coulter-Nile. He didn't take the field due to the injury during the clash, and Ravindra Jadeja fielded in his place for the entire 50 overs. He underwent scans in which the fracture came to light.

Dhawan, along with physio Patrick Farhart, are currently in Leeds for consultation with specialists, an hour's drive from Manchester.

The team management and the selectors will decide if a replacement needs to be summoned as they are hoping for his complete recovery for the business end of the tournament.

As India play Afghanistan on June 22 in Southampton, which is six days after the Pakistan game in Manchester on June 16, Dhawan will get at least 11 days time to recover.

Even if Dhawan misses the Afghanistan game, the next match against West Indies in Manchester is on June 27, which gives him another six days' time to recover.

The team management is thinking about taking a chance that will allow him to recover for the last two league games (against Bangladesh on July 2 and Sri Lanka on July 6) before gearing for a semi-final where India are certain to feature.

It has been learnt that the team management is not too keen on a replacement right now unless the doctors rule him out for more than a month.

The Indian team has K.L. Rahul, a specialist opener who can join Rohit Sharma at the top of the order. In that case, one among Vijay Shankar or Dinesh Karthik will come in the middle-order for the next two games.

Rishabh Pant and Ambati Rayudu are on BCCI's official stand-by list but Mumbai batsman Shreyas Iyer's name is also doing the rounds as he is a specialist No.4 batsman.

The ICC doesn't have any specific stand-by list as such and anyone could replace a current player based on approval from the event technical committee.