I was able to earn respect, which cannot be bought, says Dickie Bird 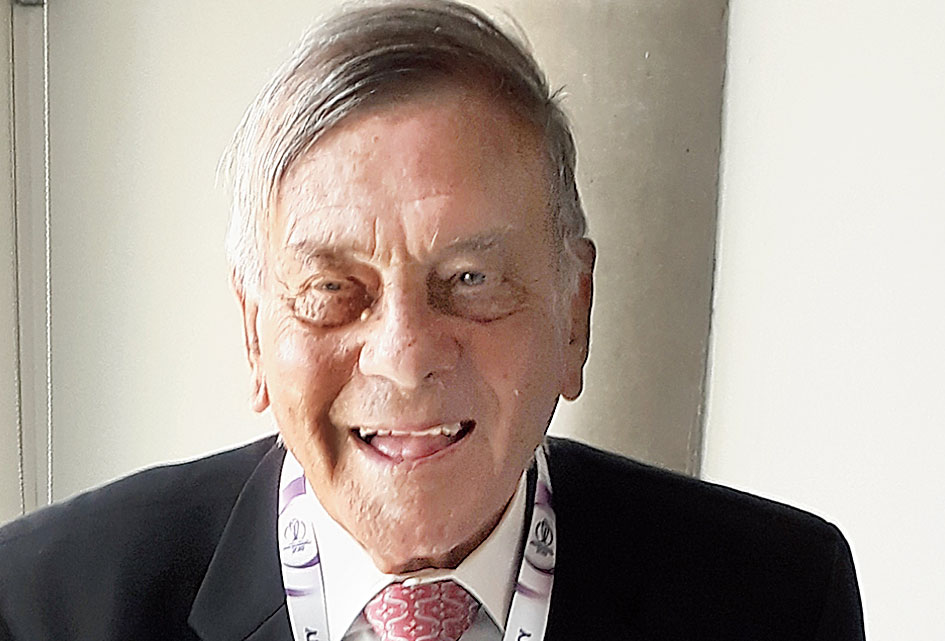 Harold Dennis ‘Dickie’ Bird set the benchmark for umpiring for over two decades, earning the respect of the greatest cricketers.

On Saturday, Bird (a remarkably fit and alert 86 year old) spoke to The Telegraph at length.

Q You’ve said you would actually be happy umpiring in this age and time...

A (Emotionally) Tragic... Would be tragic... I’ve always maintained technology should only be used for close run-out decisions. Close run outs are difficult to judge... Everybody makes mistakes and umpires too are human. Some mistakes become the talking point, adding to the interest around the match.

Q How do you see the introduction of the DRS?

A Besides my other reservations, going for reviews holds up the game and denies the paying public full value for money. It’s the same with VAR in football.

Q Who have been the better umpires in recent times?

Q In your time, who qualified as a good umpire?

Q You had many feathers in your cap. Highpoint?

A Having lunch with the Queen in the 1980s. In fact, I spent much of the day with her at the Palace.

A The Queen does.

Q Who is the Queen’s favourite cricketer?

A Me! I’ve played 93 First-Class matches.

A Sir Garfield Sobers is the Queen’s favourite. Or, was, back then.

Q The most challenging match for you?

A Not challenging, but fascinating... The 1975 and the 1983 World Cup finals... The 1975 final between the West Indies and Australia remains the best game of cricket I’ve seen... The 1983 final, featuring the two-time champions the West Indies and India was also an extraordinary game... Everybody thought it would all be over soon and India wouldn’t be able to defend 183, but your great captain, Kapil Dev, had other ideas... I understand he told his players ‘we will defend and win’... Kapil was inspirational.

Q Would you be nervous?

Q How did you keep yourself fit?

A I’d train at a local football club, Barnsley. I believed that if I was physically fit, then I’d be mentally in a top state too... Also, I remember officiating at both ends of the England-West Indies Test at Edgbaston in 1973 for some time as my colleague, Arthur Fagg, had walked off following a disagreement with some players... He returned, but umpiring at both ends was demanding, even if for a time only.

A Frank Chester... I met him only once or twice.

Q What did the late Chester tell you?

A To enjoy my work... I hoped to have the same respect as Chester... Fortunately, I was able to earn respect, which cannot be bought in the neighbourhood convenience store.

Q Are relations between players and umpires the same today?

A Don’t think so. I never had a problem with anybody. Generally, the relations were good.

Q Your message to today’s umpires?

A Be honest, be fair... You will then earn respect.

Q Do you still maintain Match Referees are redundant and that strong on-field umpires would suffice?

A Yes. When I began umpiring, there would just be two umpires, now you have four plus a Match Referee!

Q The 1979 World Cup final was between the West Indies and England. How did you officiate then?

A Because both captains, Clive Lloyd and Mike Brearley, wanted me on the field. As you know, I completed a hat-trick of World Cup finals in 1983 and would have done the fourth, in Calcutta (1987) had England not been a finalist.

A Sir Garry, Sachin Tendulkar, Barry Richards, Sir Vivian Richards and Sunil Gavaskar... Each one of them had so much time to play their shots... Sir Garry, of course, was an all-rounder.

Q Some words on the tallest Yorkshireman today, Joe Root?

A Root and Virat Kohli, the India captain, are the finest at this point in time. Like the ones I’ve mentioned in the previous answer, Root and Kohli have the time to play their shots.

Q The best captains in your book...

A This may be a surprise, but I rate the late Ajit Wadekar very highly... Ray Illingworth, Brearley, Imran Khan and Steve Waugh... All exceptional... All leaders.

A (Laughs) I’m looking forward to getting there, entering three figures. Can’t say if I will.