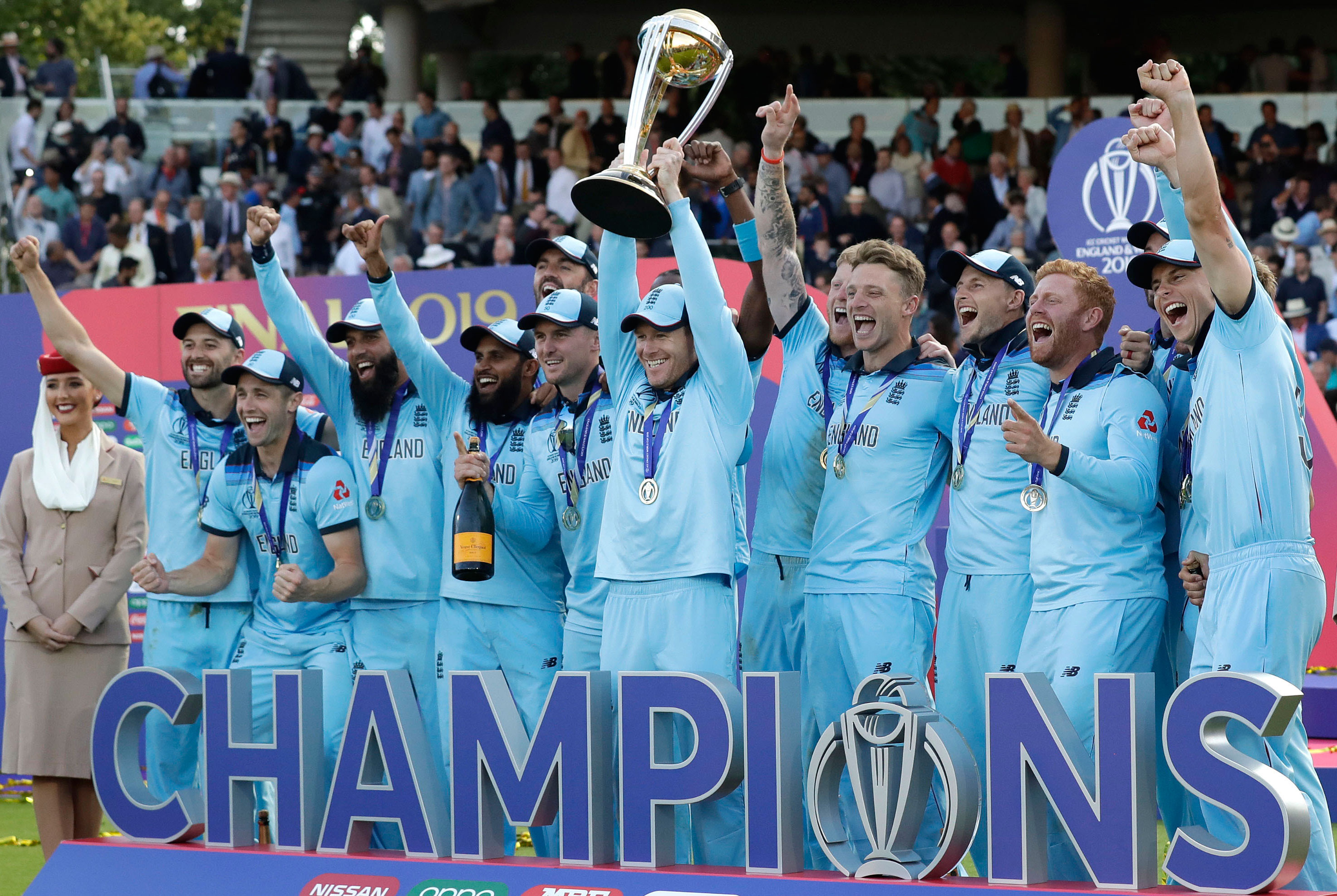 The Home of Cricket couldn’t have deserved a better and fitting final. That too, of the World Cup, and England ensured the Cup finally came home.

Both England and New Zealand stretched themselves beyond limits in this immensely tough game where pressure seemed to be ruling the roost. Not just after 100 overs of the game, but also after the Super Over, both teams were tied.

However, New Zealand just couldn’t get that one extra run in the Super Over, which enabled England win the final by virtue of more boundaries and lift their maiden World Cup title.

In the Super Over, after Ben Stokes and Jos Buttler set New Zealand a victory target of 16, the Black Caps finished at 15/1 with Buttler running Martin Guptill out off Jason Roy’s accurate throw from the deep.

In the 100 overs of action earlier, New Zealand, batting first after winning the toss, hit 14 fours and two sixes. England then replied with 22 fours and two maximums.

Being part of an out-of-the-world-like decider, England managed to break their final jinx. It took the men’s team 44 years to win the 50-over World Cup and it came at the historic Lord’s. The occasion only gets sweeter for Eoin Morgan and Co. and the entire nation.

Till the Harry Kanes spring a surprise and finish on top in Qatar 2022, what Morgan and his men achieved on Sunday will remain unmatched in English team sport, at least for the next few years.

The real hero for England in the final was none other than Stokes, who with his unbeaten 84 before the Super Over, gave England another chance for a shot at the title. Well, he not just kept England in the game with his sensational knock, he also redeemed himself to a great extent after that forgetful 2016 World T20 final night at the Eden. That uncalled-for night in Bristol in September 2017 and the unpleasant incidents thereafter will also be put to rest for some time now.

England needed 15 to win off the final over, bowled by Trent Boult. Stokes, running out of partners, allowed the first two to be dot balls, but the third was dispatched for a maximum as he exemplified improvisation.

The rub of the green, too, went in his favour as off the next delivery, while he dived to reach the crease for the second run, the ball ricocheted off his bat to the fence, giving England four extra runs. England had a huge slice of luck, while New Zealand could only curse their misfortune.

The equation was reduced to three off the last two balls. Stokes could manage only two off each of those deliveries, with non-strikers Adil Rashid and Mark Wood were run out trying to scamper home for the second run. They had to run for everything at that time.

And then came the Super Over, for the first time in the history of the 50-over World Cup. Stokes and Buttler, after their match-defining 110-run stand for the fifth wicket, walked out to bat and managed 15 runs.

New Zealand needed 16 to win the game and the Cup. Jimmy Neesham almost took the Black Caps home as Jofra Archer began with a wide and was looking under enormous pressure. But his last two deliveries were on target and Roy, after a costly misfield earlier on, got his throw right as the whole of England started rejoicing then.

One can only feel for Kane Williamson and New Zealand. Despite finishing runners-up, Williamson and his soldiers, however, have won the hearts of one and all with their fantastic fight that began in Manchester last week.

Earlier, neither England nor New Zealand looked to be too pleased or disappointed after the first innings got over. New Zealand scampered their way to 241 for eight off the allotted 50 overs. Given how they bowled in the semi-final against India in Manchester in their defence a 240-run target, the Black Caps had every reason to feel confident of defending 242.