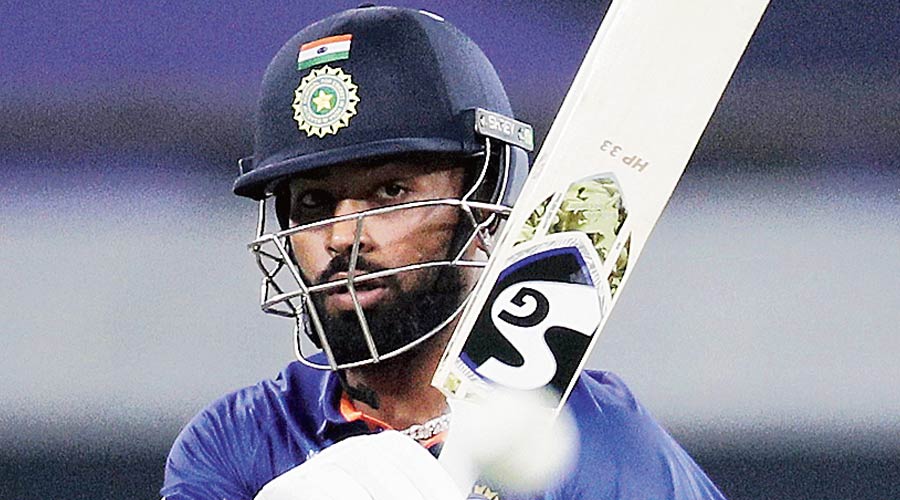 His next assignment is leading India, which obviously carries greater significance although opponents Ireland aren’t the strongest team around. But for Pandya, the opportunity to lead India itself is an honour and he has earned it through sheer “hard work”.

Being the skipper for the two-match T20I series starting on Sunday, his focus will be to give confidence to teammates and make sure they give their all in the matches ahead.

“I have always liked to take responsibility, and now it’s a bit bigger.

“But even when I was not the captain, then too, the focus used to be on taking ownership of my own things and decisions. Cricket is a game where you need to adjust and play according to situations. In my captaincy, I would want that to be reflected in my teammates and I want to give confidence to each and every player so that they can battle all situations,” Pandya said on the eve of the first T20I versus Ireland at Malahide in Dublin.

“If you are to win the World Cup, you need to win all matches, no matter which team you play against in the lead-up to it. So the hard work has to continue and I have spoken about it to the guys that it really makes no difference who we are taking on,” Pandya emphasised.

The skipper indicated that some of the youngsters could make their international debut, though the team will concentrate largely on fielding their strongest XI. “There will be situations when a couple of caps would be given, but focus will be more on having the best XI when we are out on the park,” Pandya stated.

The 28-year-old all-rounder has certainly had his share of learnings from former India captains Mahendra Singh Dhoni and Virat Kohli. But while analysing his own captaincy style, Pandya views himself as more “practical” and someone who prefers to deal according to situations.

“I have taken a lot of things from them (Dhoni and Kohli), but I’ve always wanted to be my own self. Obviously, my understanding of the game is in a different way, so I wanted to be natural. I would say I go more by the situation,” Pandya said.

“It’s all about what the team requires at that point in time and what kind of decision I can take rather than thinking about my gut feeling. When you go by gut feeling, it’s always 50-50... Could go either way. But I like to be practical and deal according to the situation.”