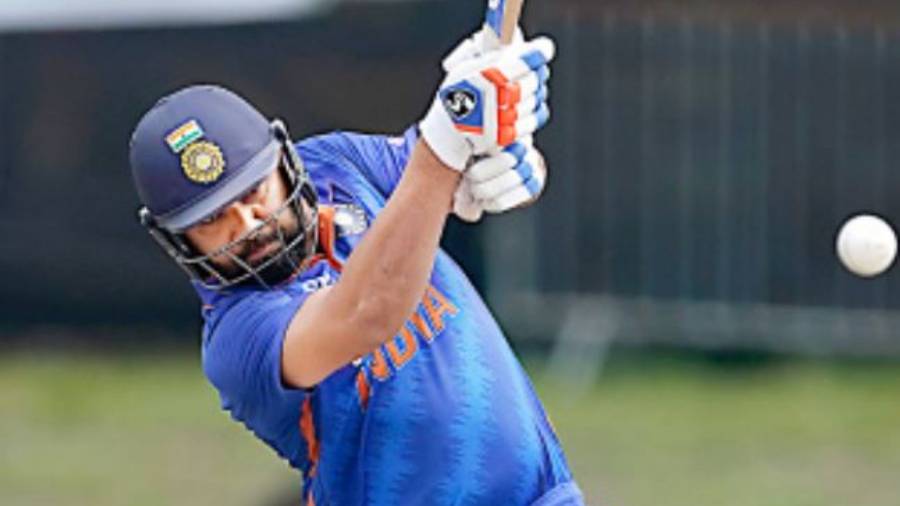 Quite a few changes have taken place since India suffered that humiliating 10-wicket loss to Pakistan in last year’s T20 World Cup, the last time the arch-rivals met on a cricket field. Barely three days remain as the two teams get ready to cross swords again at the same venue in Dubai in the Asia Cup Group A opener. India, under captain Rohit Sharma and head coach Rahul Dravid, are yet to lose any T20I series since their group-stage exit from the 2021 showpiece event and will want to exact revenge.

Pakistan will hope to spring another surprise. The Telegraph analyses the strengths and weaknesses of the two sides in what promises to be a humdinger of a clash.

Rohit’s approach: One of the exponents of India’s ultra-aggressive approach with the bat in the shortest format, how Rohit fares in the Powerplay will be crucial to India’s prospects. The ease with which he can clear the in-field and play the big shots in the first six overs, in particular, is known to all. If the India skipper gets going and stays at the crease even after the Powerplay, it can certainly spell doom for the opposition alongside making matters easier for the rest of the batting line-up.

X-factor SKY: He had proved his capabilities as a finisher in the past. Of late, Suryakumar Yadav, also known as ‘SKY’, has shown he can perform the role of anchoring an innings and give his team a flying start as an opener with the same level of efficiency. The knocks Suryakumar had played at the top in some of the matches during India’s recent tour of the West Indies were significant in their series win. Besides, his ability to play shots on all sides of the ground does make him a standout batsman.

All-round ability:  The maturity, patience and confidence seen in Hardik Pandya’s game since this year’s IPL has certainly benefited India over the last couple of months. As a batter, Pandya appears calmer, much more composed and is giving more value to his wicket, while the variations he has added in his bowling have also helped him give breakthroughs to the team. Not just Pandya, but Ravindra Jadeja’s abilities too keep India better placed.

Spin attack: In terms of spin bowling as well, the likes of Jadeja, Yuzvendra Chahal, Ravichandran Ashwin and young Ravi Bishnoi do provide India with the depth and more importantly, options. Jadeja’s all-round skills as a left-arm spinner and middle-order batter aside, leg-spinner Chahal is India’s automatic choice in the white-ball formats and will be coming back afresh having enjoyed a little bit of break. Ashwin, too, has been doing a decent job lately in the T20s he was a part of, varying his length quite well

Kohli slump:  Given his past performances and overall figures, India still can’t think of keeping Virat Kohli out of the XI though his slump in form has continued. The former captain will be taking a fresh guard and starting all over again. Till then, India will be keeping their fingers crossed.

Bumrah absence: A bowler like Jasprit Bumrah can take wickets upfront with sheer pace and also do his job to perfection at the death. So no wonder India will be missing their spearhead, who’s recovering from a back injury. Bumrah’s absence could well be an advantage for Pakistan’s batsmen, though Bhuvneshwar Kumar has been a consistent performer for India. But who will be Bhuvneshwar’s new-ball partner? Young left-armer Arshdeep Singh has been impressive, but the element of pressure will be different playing against Pakistan. Avesh Khan, too, is there at India’s disposal, but he’s extremely erratic at times.

Opening duo:  Mohammad Rizwan and Babar Azam form one of the most competent opening combinations currently in T20I cricket. The solid starts the duo provided were primary to Pakistan’s march till the semi-finals of last year’s T20 World Cup. Rizwan and Babar may not be going all guns blazing in the Powerplay. But once set, they bank on their solidity and then unleash the strokes to take Pakistan to a strong position. October 24, 2021, in Dubai was one such occasion when the duo, in spite of a tad slow start, went on to cane India’s bowlers and helped Pakistan reach the 152-run target with a good 2.1 overs to spare.

Babar form: Irrespective of the format, the Pakistan captain has been in scintillating form, being a run machine for his team over the last few months. Fully aware of when to consolidate and when to press on the accelerator, the UAE conditions will certainly make Babar feel even more confident.

Not enough games: What could go on to be a concern for Pakistan is the lack of enough T20Is going into this Asia Cup. In fact, the last T20I Pakistan played was back in April against Australia in Lahore. The T20 mindset does matter, and it’s something the Pakistan team management will have to be careful about.

No Shaheen: Not just Rohit and KL Rahul, but the whole of India still remembers that breathtaking opening spell from Shaheen Shah Afridi that had rocked India early on and sown the seeds of Pakistan’s victory 10 months ago in Dubai. With a knee injury ruling the him out of this Asia Cup, India, in particular, must be heaving a sigh of relief.