The former India skipper was on Thursday rested, after he made himself unavailable for the five T20Is in the Caribbean starting later this month 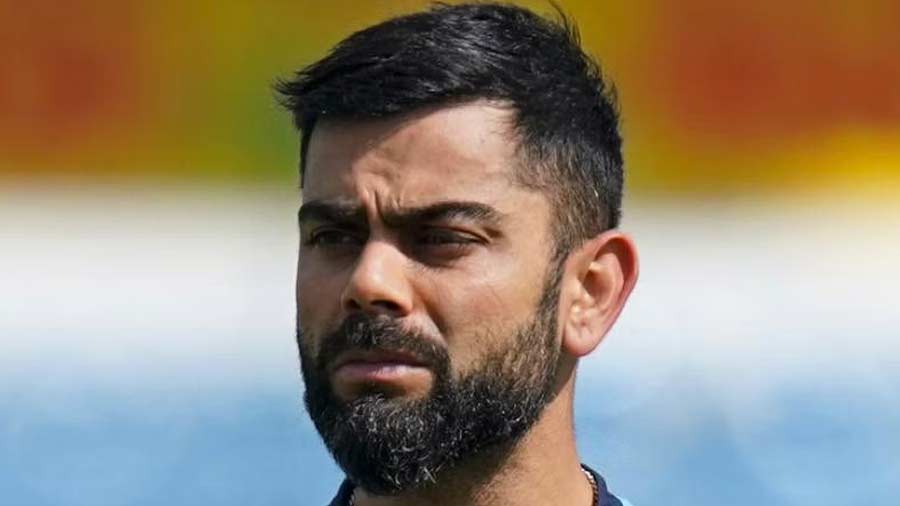 Virat Kohli remains on the national selectors’ and team management’s radar for the T20 World Cup in Australia, his recent lean patch notwithstanding. Sources told The Telegraph that there’s no doubt about the former captain’s presence Down Under after all concerned agreed during Wednesday’s selection meeting in London that he was “indispensable”.

Kohli was on Thursday rested, after he made himself unavailable for the five T20Is in the Caribbean starting later this month. Rohit Sharma will lead the squad with KL Rahul set to return, subject to clearing a fitness test. Rahul, who is the regular vice-captain, had recently undergone a surgery for sports hernia in Germany.

He last played in the IPL in May and had been ruled out since the T20I series against South Africa at home. Chetan Sharma, chairman of the selection committee, met Rohit late on Wednesday evening and finalised the squad. Jasprit Bumrah has been also been rested besides Kohli, in keeping with the team management’s policy of workload management. Kohli and Bumrah, along with Hardik Pandya and Rishabh Pant, had earlier opted out of the ODI leg of the West Indies tour.

The move led to an outcry with former captain Sunil Gavaskar asking the BCCI to revisit its policy on players seeking rest. Gavaskar’s contention has been that if the players don’t take rest during the IPL, “then why ask for it when playing for India”. Kohli’s batting has also been a topic of debate with Kapil Dev saying that his form is a matter of concern and that “you can’t keep youngsters out if the former captain isn’t performing”. But the team management is not paying much heed to such “outside noise”.

“Kohli is too good a player to be kept out. He may not have been getting the hundreds but hasn’t lost his touch. His mere presence on the field puts the opposition under pressure,” someone in the know of things said. Rohit too had openly come out in support of Kohli at a media conference after the T20I series in England. Kohli is unlikely to be available for the ODIs in Zimbabwe, which follows the West Indies tour, but will play the Asia Cup in Sri Lanka, beginning August end. Kohli, who missed the opening ODI against England at The Oval because of a “mild groin strain” was back in action on Thursday.

Ashwin back As expected, Ravichandran Ashwin has been included in the 18-member squad for the Windies series. The off-spinner hasn’t featured in the T20I side since the home series against New Zealand last November. Kuldeep Yadav also made a comeback subject to passing the fitness test. Ravindra Jadeja, Ravi Bishnoi and Axar Patel are also there, but Yuzvendra Chahal was not included in keeping with the selectors’ rotation policy. It is clear that the team management wants to check out all options before zeroing in on the best. Ashwin made a return to the white-ball squad after nearly four years during the last T20 World Cup in the UAE.

Umran Malik, who proved to be expensive in the T20Is he played in Ireland and England, has been dropped. Arshdeep Singh finds a berth after an impressive debut in Nottingham. It’s too early to decide whether Umran will be on the flight to Australia but Arshdeep’s chances are brighter.

The left-arm pacer brings variety to the bowling and has been very disciplined in the Powerplay and death overs. The inclusion of Deepak Hooda, who got his maiden T20I century in Ireland, Suryakumar Yadav, Shreyas Iyer and Dinesh Karthik suggests that the think-tank is focused on finalising the middle-order ahead of the World Cup. Shikhar Dhawan will lead in the ODI series in the absence of the senior players. The T20Is begin on July 29 in Tarouba, followed by matches on August 1 and 2 in St Kitts. The final two matches will be held in Florida.