For Dhawan, bar gets higher

Never mind run of good scores, opener still not sure of place in team 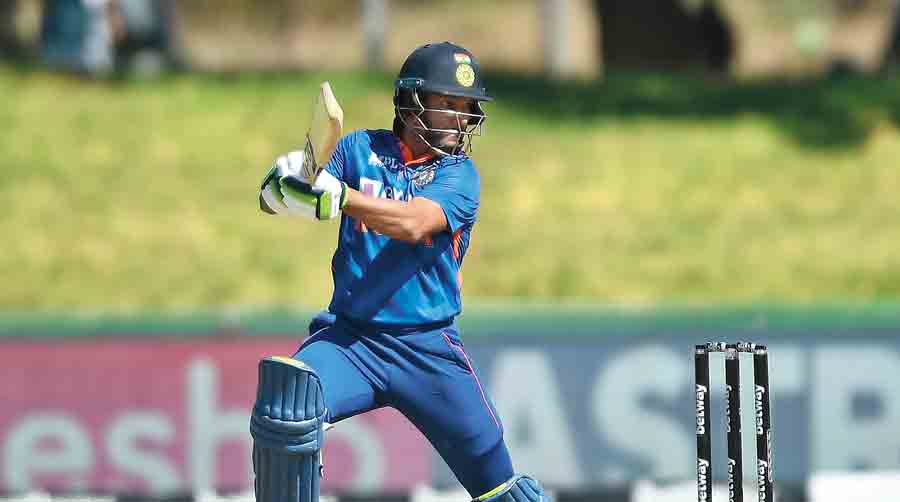 Statistics aren’t really the be all and end all of everything, but there are instances when they do matter. Especially for those cricketers who, in spite of having the numbers on their side, aren’t considered in the national squad just because of failure in a few innings or a series.

In some cases, though, they get sidelined when multiple roles are allotted to players capable of contributing in a similar role as theirs. Shikhar Dhawan’s predicament is somewhat similar.

KL Rahul’s growth as a batsman and his promotion as Rohit Sharma’s deputy in India’s limited-overs teams proved to be costly for Dhawan, who’s not an automatic choice at present in the team’s white-ball scheme of things. Besides, Rahul can do a decent job behind the stumps, something he has done for Team India as well as in the IPL.

When captain Rohit returns to the squad, Dhawan, now 36, may again have to sit out. To be fair to Dhawan, his figures do back him up well enough, in ODI cricket at least. Over the last two years, the left-hander has been India’s top run-getter in ODIs, scoring 666 runs in 12 innings at an average of 60.54 with seven half-centuries.

In fact, aggregate-wise, Dhawan is 34 runs ahead of Rahul, though the latter has played one game more than him in this two-year period. Agreed Rahul has a better strike rate (103.77) than Dhawan (91.98) alongside having two centuries since January 2020. But both those centuries came when he batted at No.5 (versus New Zealand in Mount Maunganui in February 2020) and No.4 (versus England in Pune in March 2021).

Importantly, out of the 632 runs Rahul has in his 13 innings so far since January 2020, he scored 446 of them batting at No.5, averaging 55.75. The first ODI versus South Africa in Paarl on Wednesday was Dhawan’s first India appearance in almost six months.

And on a track that was slow and assisted spinners to a fair extent, he struck 79 at a very decent 90-plus strike rate till being undone by a good delivery from left-arm orthodox Keshav Maharaj.

Rahul, leading India in this series in Rohit’s absence, struggled to 12 off 17 balls before departing off part-timer Aiden Markram’s bowling.  With the middle order unable to put up any fight, India’s margin of defeat in the first ODI would have been even bigger if not for Dhawan’s knock and his 92-run second-wicket partnership with former captain Virat Kohli.

“When I was in the (national selection) committee, I always felt that in white-ball cricket, Shikhar should be a certainty. Especially with KL playing multiple roles now,” former chief selector MSK Prasad told The Telegraph on Thursday.

“Even during the (opening) partnerships between Shikhar and Rohit, it’s Shikhar who, in most cases, took the lead and played the attacking role, which actually made things easier for Rohit. So I do believe that one should give high priority to Shikhar as an opener. When in form, he’s always a big asset to the team,” MSK added.

He also emphasised that if not for the left thumb injury that ruled Dhawan out for quite some time following India’s 2019 World Cup game versus Australia on June 6, the scenario may not have been such for the left-handed batsman.

“Even during the 2019 World Cup, Shikhar went out only because of injury and that too, while playing for the country and not because of any other reason. He had also scored a hundred (117) in that game, a match-winning hundred that eventually helped India post a 350-plus (352/5) total. How can you just ignore him?” MSK asked.

For Dhawan, though, such a situation is not new and he’s rather focused on making optimum use of the opportunities coming his way. “Talk about my form and all will always be there. I am used to it and I know how to give my best.

“I always make sure my preparation is quite good. I also know that with my experience and my self-confidence, I’ll do well,” he said after India’s 31-run loss on Wednesday. “I have faith in myself as I know my level. I know what my calibre is and what type of game I have. I have great clarity about that, and I stay calm.

“Ups and downs are always there. It’s nothing new or not happening for the first time or the last time in my career or in my life. So it’s alright. This only makes me stronger,” he added.