Fitness alert for Kohli from Sourav 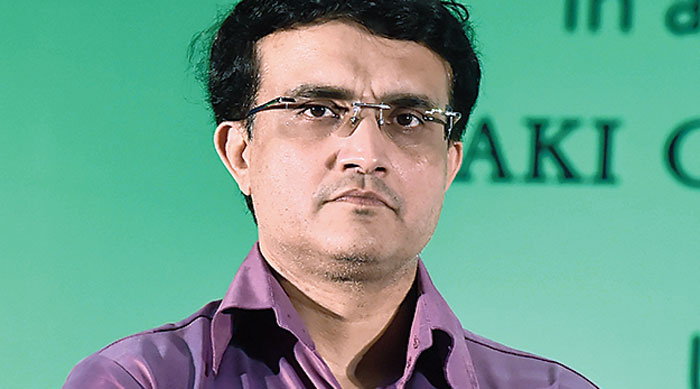 Sourav Ganguly is not sure whether he will remain the Board of Control for Cricket in India (BCCI) president when India tours Australia later this year, but the former captain wants the current skipper, Virat Kohli, to be ready for the big challenge Down Under.

Speaking to India Today, Sourav revealed what has been his recent advice for Kohli.

“I don’t know whether I will survive as the BCCI president by this December or not, but his (Kohli’s) captaincy tenure is going to be a yardstick. This will be a milestone series (against Australia).

“I have been in touch with him, telling him, ‘you have got to stay fit. You haven’t played cricket for six months.... You have got to make sure your best bowlers are ready for the tour and fit.

“Whether it’s (Mohammed) Shami, or (Jasprit) Bumrah, or Ishant (Sharma), or (Hardik) Pandya… they have to be at the top of their match fitness when they land in Australia,” Sourav said.

Sourav also expects the quarantine period in Australia, owing to the pandemic, to be shorter when the Kohlis land there, because, he said, sitting in the dressing room for two weeks is “depressing”.

“...we have confirmed that tour. In December we will be going. We just hope the number of quarantine days get reduced a bit… Because we don’t want the players to go that far and sit in hotel rooms for two weeks. It is very, very depressing and disappointing. We are looking at that, the quarantine thing,” he said.

“Australia and New Zealand have been in good position (in terms of Covid-19 pandemic), except Melbourne. So from that point of view, we will be going there.”