Advertisement
Home / Sports / Cricket / David Miller happy to make a difference at No.5

David Miller happy to make a difference at No.5

‘I think it’s a lot of hard work, and understanding my game a lot better in the last four-five years that has enabled me to perform consistently’ 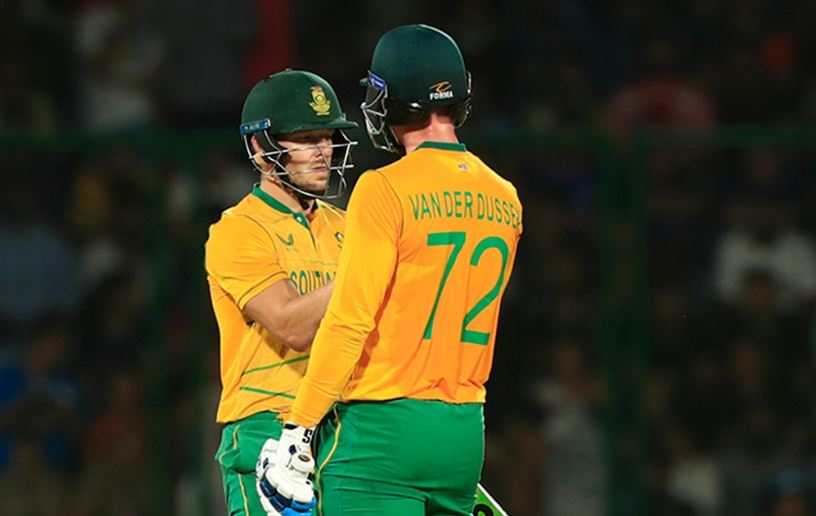 David Miller, continuing from where he had left off in the IPL for Gujarat Titans, attributed his purple patch to hard work and self-belief.  Coming in at No.5, the left-hander produced yet another match-winning knock of 64 not out and stitched an unbroken century-stand with Rassie van der Dussen.

“I think it’s a lot of hard work, and understanding my game a lot better in the last four-five years that has enabled me to perform consistently,” Miller, adjudged Man of the Match, said at the post-match presentation.

“Belief in my abilities too had a role to play. I have been around for some time now, but better understanding of your game and winning the matches give you a lot more confidence,” Miller, who will turn 33 on Friday, emphasised.

Happy to bat wherever his team wants him to, he said: “Wherever I bat, I have always wanted to make a difference.

“No.5 happens to be the place now. I have done well at No.4 too in domestic cricket, but South Africa is a different story with world-class players. So I’m happy to bat wherever the team wants me to.”

He was also effusive in his praise for Van der Dussen, who struggled early on but later picked his game up wonderfully.  “Rassie played phenomenally well at the back end. It’s all about just trying to hang in there,” Miller said.

Rishabh Pant, in his first game as India captain, obviously wore a dejected look after his team was stunned.

“I think we had enough on the board but were off with our execution,” he said. “Credit to the opposition though. We thought the slower one was working when we were batting, but it became easier in the second innings.”

KL Rahul is “gutted” that injury robbed him of a chance to lead India on home soil — for the five-match T20I series — for the first time, but has accepted the “challenge” to regain fitness quickly.

Rahul took to Twitter to express his disappointment. “Hard to accept but I begin another challenge today. Gutted not to be leading the side for the first time at home, but the boys have all my support from the sidelines. Heartfelt thanks to all,” he tweeted.