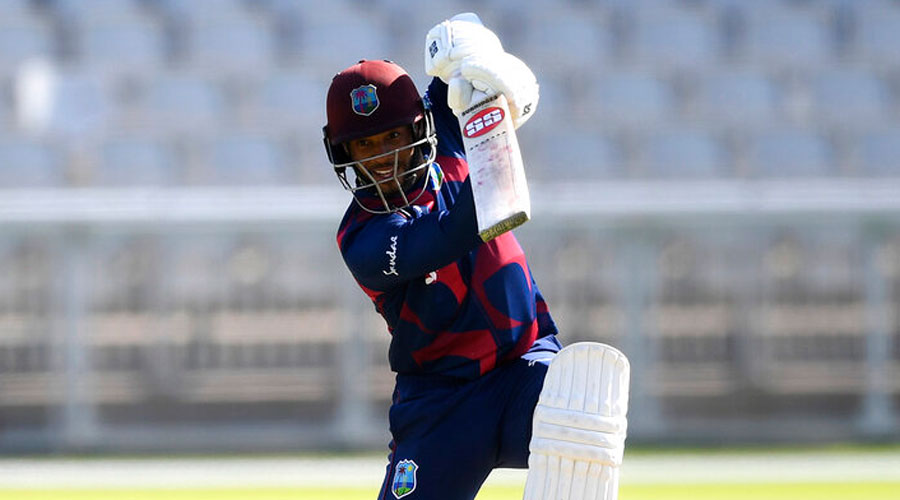 What would possibly appear surreal to most, is the new “reality” for the West Indies. So says their top-order batsman Shai Hope.

The Ageas Bowl in Southampton on Wednesday would be witness to the return of cricket after the coronavirus-forced break when hosts England take on the West Indies in the opening Test of the three-match series.

Though it would be a step for the game to get back to normality, the surroundings will be far from normal. Playing in a bio-secure environment, including empty stands, will obviously be a different and strange experience for the teams.

Adapting to the changes in the playing environment might be an uphill task, but the West Indies cricketers are not losing sleep over it.

“There were a few changes to get used to when we arrived in the camp last month in Manchester, but I think the team adapted fairly quickly and we were able to have a successful training camp.

“Regarding playing the matches with no fans in the stands, it will certainly take some adjustment. However, every condition you are faced with in cricket has its own challenges and it’s all about adjusting as quickly as possible and being able to express yourself naturally on the field. That’s how we are looking at it,” Hope told The Telegraph from Southampton.

“We are concentrating on what we need to do instead of thinking about what’s not in our control. It’s new reality for us. We must find ways to live with it or wait until there’s a vaccine,” he added.

How did he cope with the lockdown and what did he do to stay motivated?

“During the lockdown days at home, I tried to keep myself busy. While reflecting on the positives and keeping the mind fresh, I also used the time to learn new things about myself and in general.

“Our biggest motivators are our close friends and relatives. They keep us motivated all the time, so spending time with them and highlighting the importance of not taking things for granted is equally important. That in itself is also a motivator.”

Hope’s twin centuries in the victorious Headingley Test symbolised the fight the Windies had put up in their previous tour of England in 2017. The world was different then, and this time, England have a new-look pace attack as well. They look sharper with Jofra Archer in the team.

Hope, however, remains confident, because of the time he spent honing his skills at St Bede’s — a school in East Sussex. That practice has given him a fair idea of how to deal with English conditions. Besides, the latest ICC guidelines banning the application of saliva on the ball could make matters easier, Hope feels.

“No saliva on the ball is something we’ll all have to get used to. But if that means minimal swing to cope with, then that’s one less headache,” he stated.

“Playing England in England is always a tough task, but we’ve been looking forward to the series for quite some time now. We won at home the last time we played them (in early 2019), so we’re expecting them to come even harder at us and that’s the beauty of the game,” Hope added.

As for tackling fellow Barbadian Archer and the rest of the England quicks, Hope seems unfazed.

“He (Archer) is a quality bowler and has done quite well so far in his career. But at the end of the day, cricket is played on the day and I will play each ball on merit,” he said.