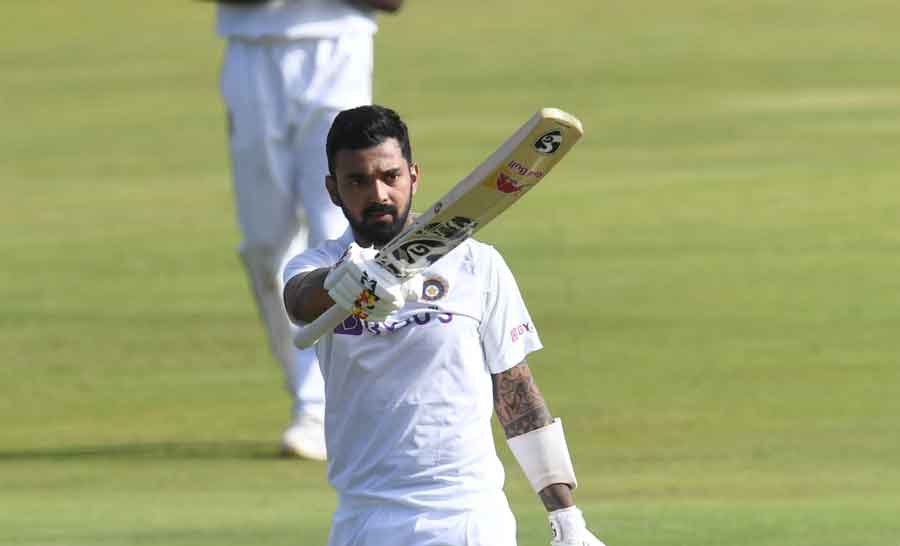 Mayank praised his good mate wholeheartedly while analysing his so far unbeaten knock.
Twitter/@BCCI
A Staff Reporter   |   Published 27.12.21, 01:08 AM

Together, KL Rahul and Mayank Agarwal have played several matches for Karnataka apart from opening for Punjab Kings in the IPL.

Mayank, who followed up his 150 and 62 in Mumbai versus New Zealand with a 60 on Day I of the first Test in Centurion, praised his good mate wholeheartedly while analysing his so far unbeaten knock.

“As for someone who’s watching him (Rahul) closely, I think he really understands where his off-stump is. He’s getting into the line of every ball and has been very disciplined in terms of his game plan and mindset.

“He is looking to bat sessions and bat through whenever he is settled,” Mayank said about Rahul after the end of play on Sunday.

With his unbeaten 122, Rahul also became the first India opener to score a Test century in South Africa after 14 years. Wasim Jaffer was the last India opener to have done so. Alongside his runs, the partnerships that vice-captain Rahul has been able to stitch so far with Mayank, captain Virat Kohli and Ajinkya Rahane have all been crucial for India.“The highlight on the day for us is, obviously, Rahul getting a hundred.

“But another crucial point for us is getting the partnerships we needed,” Mayank emphasised. “We got a good partnership first up and then with Virat and Ajinkya, Rahul continued doing very good work. I hope they can continue the same going forward.

“Knitting partnerships has also been very important for us as a team.”