Centurion falls as India end year with another Test triumph 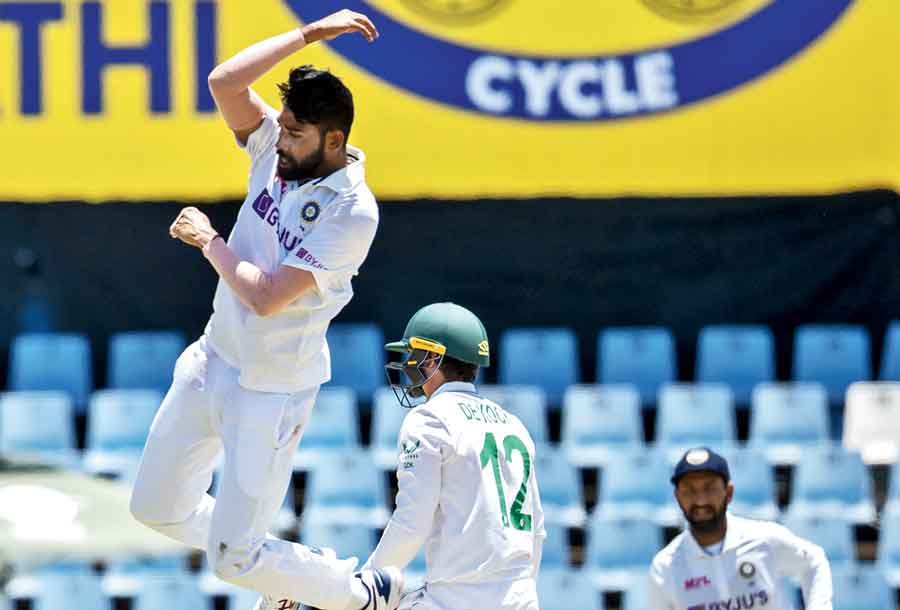 From Brisbane to Centurion, this has been a year of breaching fortresses for Team India.

For sure, the victory at the Gabba Test in Brisbane was sweeter as a depleted Indian side had overpowered a full-strength Australia to win the series despite the humiliation of being dismissed for 36 at the Adelaide Oval.

Having said that, the 113-run win at the Supersport Park on Thursday over a struggling South Africa would hold a special place too, as it made India the first Asian side to emerge victorious in a Test match in Centurion. This, in spite of a first-innings collapse after the top order provided a strong start and falling short of the 200-run mark in the second essay, which only underlines the massive role bowlers played in what was India’s fourth Test win in South Africa.

Jasprit Bumrah’s late strikes on the penultimate day of the Test had tilted the balance pretty much in favour of India. Getting 211 on the final day on a wicket with uneven bounce was a little too much for the current South African batting line-up, which is thin in terms of experience and quality.

Resuming on 94/4, captain Dean Elgar (77) and Temba Bavuma (35 not out) rallied on for some time. But the Proteas’ chances of denying India a win were practically over after Bumrah trapped Elgar leg before and Mohammed Siraj got Quinton de Kock to drag one back on to his stumps.

Mohammed Shami and Ravichandran Ashwin struck twice each thereafter, as India sealed the game in just the second over after lunch on Day V, bundling South Africa out for 191 and going one up in the series.

In terms of Test cricket, barring the inaugural World Test Championship final loss to New Zealand and the embarrassment in Leeds versus England in August, the year has been a successful one for India as they won eight of their 14 matches.

In none of these eight victories, Cheteshwar Pujara, captain Virat Kohli and Ajinkya Rahane could register a century.

Keeping aside Ashwin and Rishabh Pant’s tons versus England earlier in February-March in Chennai and Ahmedabad, respectively, and Shreyas Iyer’s hundred on debut in Kanpur against the Black Caps in November, the only ones with Test centuries for India this year are the three opening batsmen: Rohit Sharma, KL Rahul and Mayank Agarwal.

This is a reflection of how influential the bowlers have been in India’s victories, as they bailed the team out on several occasions. A special mention has to be made of the quicks as they fared well at home too, giving India necessary breakthroughs alongside leading them to glory in overseas Tests.

Ever since his debut in last year’s Boxing Day Test at the MCG, the spirited Siraj has bowled his heart out in all the 11 Test matches he has been a part of, irrespective of the conditions. He may not have taken wickets in bulk, but the discipline with which the 27-year-old has been able to bowl and that too, on a consistent basis, did give a fair amount of assistance to senior pacers like Bumrah and Shami.

With Ishant Sharma far from being at his best and not getting any younger, Siraj’s rise has indeed been crucial to India’s fortunes. Even in the second innings at Supersport Park, he delivered to give India the breakthrough they needed, breaking Keegan Petersen’s resistance late on Day IV with late swing that had the batsman caught behind. And then late in the first session on Thursday, he accounted for a set De Kock, which virtually ended all hopes of the Proteas.

With Bumrah and Shami having their tail up, and Siraj backing them up, India do find themselves with the best chance to register their first-ever series win in South Africa. As for the hosts, the going has only got tougher now that they will also be without De Kock, out with paternity leave, for the next two Tests.