Rudderless earlier, some cricketers have blossomed after changing franchises 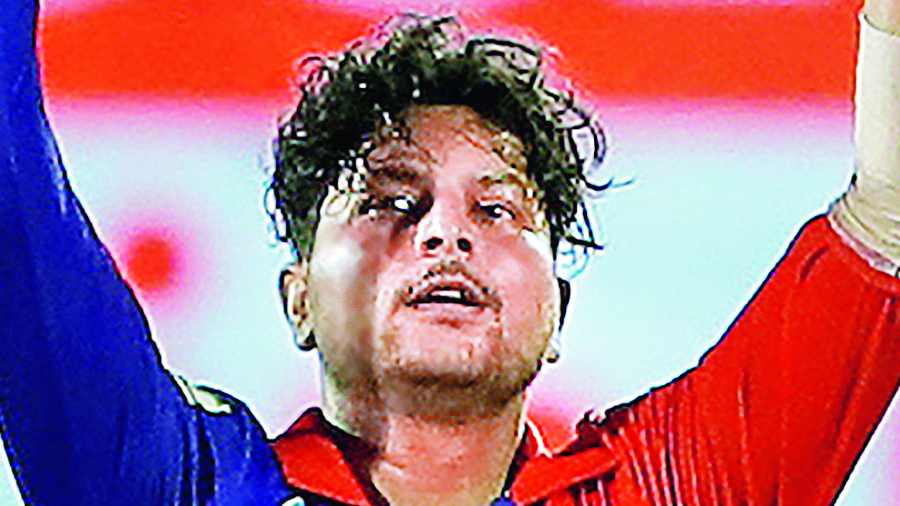 “Kings with Kolamaavu! Super Local Challenge with the Chennai boys!” CSK had tweeted. Besides ringing in a festive fervour, such activities involving both Indian and overseas players aid team bonding.

This aspect of making a player feel at home has often helped in improving performances too. How else would you explain the resurgence of Kuldeep Yadav, Glenn Maxwell, Dinesh Karthik and David Miller for their respective franchises this season?

Consider Kuldeep’s case. He was a bete noire in every team since the 2019 World Cup. Having failed to retain his place in the national side, he was picked for only five matches for Kolkata Knight Riders in IPL 2020. The next season was worse as he didn’t play a single match before getting injured in the UAE.

Delhi Capitals picked him up at the mega auction this year. Getting to work with head coach Ricky Ponting brought about a drastic change in his fortunes. The wrist spinner is now their highest wicket-taker with 13 scalps in six matches at an economy rate of 7.85.

“Kuldeep is really thriving in the environment that we are creating around him. We were very keen to get him at the auctions... He is one of the leading spinners in IPL and has been playing for his country,” said Ponting.

It is this element of making a player feel important to the franchise which can serve as an inspiration and work wonders. Ponting dealt on Kuldeep’s fragmented confidence and drilled in him the fact that he still belonged to this level.

“Herein lies the ability of a coach. As it is the players are under tremendous pressure and scrutiny these days. Having to live in a bio-bubble for months together is making their task more difficult. Hence it’s important to take care of a player’s and his family’s needs in such circumstances by creating a suitable environment. It’s even remarkable if a coach can lift a player from such lows with his man-management skills,” a franchise official told The Telegraph.

With a new set of players in hand this season, Ponting has even set team bonding targets for Rishabh Pant’s men. He has made it clear that he wants the seniors to take up responsibility to make sure the youngsters feel at ease. Personally he too wants to spend more time with those he is not familiar with.

“I have told the boys to keep their doors open when they are in their rooms and get to know each other,” Ponting said. “When you show love towards the younger guys as a coach or a senior player, you know that they are going to give it back.”

A trait that has often brought success for Chennai Super Kings. The four-time champions have always backed their players during bad times. Mahendra Singh Dhoni has always trusted a player’s abilities and never dumped him after a few failures.

Ruturaj Gaikwad has been a case in point. A dry spell of runs never put his place in the XI in doubt last season and he delivered in style when it mattered by walking away with the Orange Cap, amassing 635 runs at a strike-rate of 136.26.

Providing clarity of roles can also work wonders. Maxwell had a nightmarish IPL for Punjab Kings (KXIP then) in 2020 managing just 108 runs at a dismal average of 15.52 and a below-par strike rate of 101.88 in 13 games. His abysmal campaign ended without a single six.

But things turned around dramatically once he shifted base to Royal Challengers Bangalore in 2021. He was their leading run-getter with 513 runs in 14 innings and played a key role in their journey to the playoffs. The current season has begun on a promising note with 112 runs in four matches.

A slight technical adjustment apart, a specific batting position at RCB has provided him with consistency. He has a settled look and now understands what is expected of him, unlike in Punjab Kings where he never knew whether he was playing a finisher’s role or an anchor.

Similar transparency has also fetched Karthik runs at RCB. Virat Kohli described DK as the “man of the IPL for me” while Sunil Gavaskar has vouched for his return to the national T20I side. He got clarity in his role after speaking to Sanjay Bangar, RCB’s batting coach, and then worked accordingly.

David Miller can’t be overlooked too. Having struggled at Rajasthan Royals, he has got his priorities right at Gujarat Titans. Courageous captaincy by Hardik Pandya and a good team environment, on and off the field, has also contributed to his success.

Such little things do make a huge difference.