Alongside Sudip Gharami, who added 80 to his overnight score, Anustup Majumdar too reached three figures 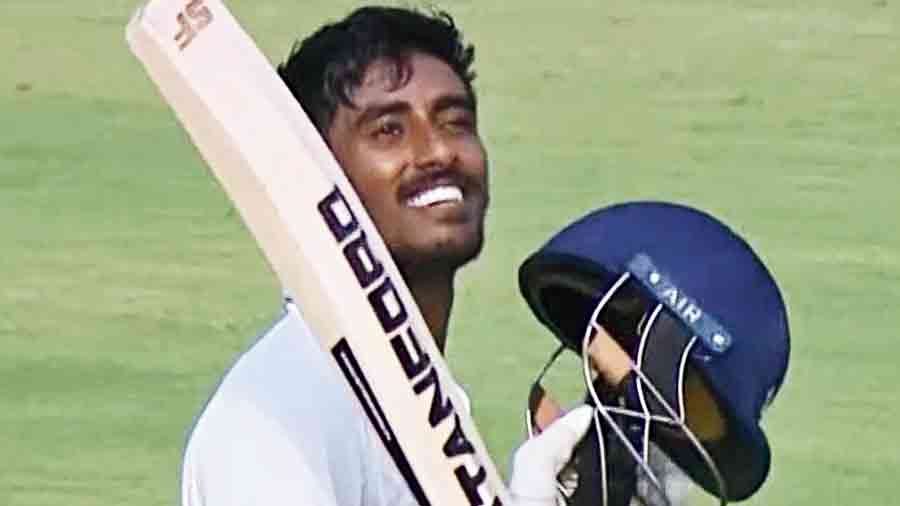 Sudip Gharami (186) fell 14 short of what would have been a fantastic double hundred. But neither Gharami nor his team would be too disappointed with that.

At stumps on Day II of their Ranji Trophy quarter-final clash versus Jharkhand, at the Just Cricket Academy ground near Bangalore, Bengal were well in control with 577 for 5 on the board.

Alongside Gharami, who added 80 to his overnight score, the other overnight batsman Anustup Majumdar (117) too reached three figures. Then half-centuries from Manoj Tiwary (54 batting) and ’keeper-batsman Abishek Porel (68) took Bengal to an even stronger position.

Given their current first innings total, Bengal can afford to announce a declaration before play resumes on Wednesday. The team management, however, is in favour of continuing the innings till lunch on Day III. “The wicket will help the quicks. If we can put up a disciplined show with the ball too, we’ll keep dominating,” Majumdar said.

Along with Tiwary, who has so far played the anchor’s role, all-rounder Shahbaz Ahmed is the other batsman (7 batting) at the crease.