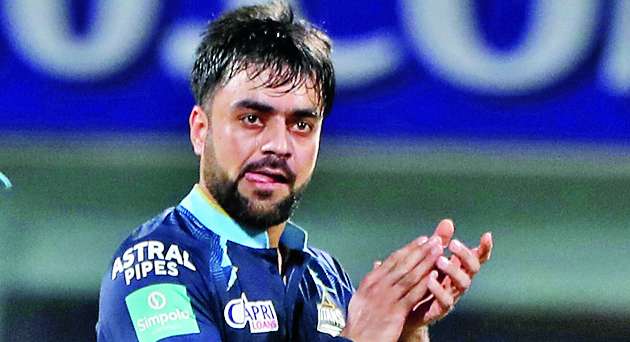 Rashid Khan has emerged as an impact player with the bat lower down the order for Gujarat Titans this season. Only once before had Rashid batted at No. 6 — for Sunrisers Hyderabad — having mostly walked in at No.8.

“This year I have batted a bit higher than I have been batting before. The confidence given by the coaching staff and the captain in all the players (is immense). That’s the kind of energy you need,” Rashid said at a media conference.

“There are more batting practice sessions for me. The belief which everyone has in me... that this guy can deliver and score crucial runs for the team. I always had the belief that I can score those 20-25 runs at the end when the team needs. But there was a bit of backing and opportunity needed as a player.

“Having David (Miller), who’s in form, in the middle, making scores, makes the job of top-order easy. Numbers 4, 5 and 6 are important positions in T20 and once you have them in form, it does help to win maximum games and doesn’t matter whatever the target is. They have scored without any fear, especially when you look at the game against CSK, the kind of innings David played, he showed his class.”