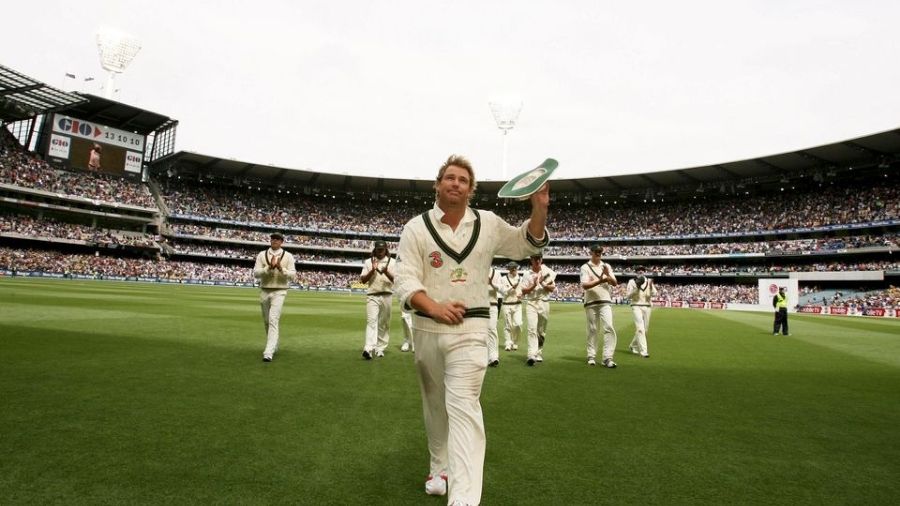 Australian Prime Minister Scott Morrison on Saturday announced that late spin legend Shane Warne will receive a state funeral, while the cricket board decided to rename a stand at the MCG in his honour as the country mourned the loss of one of its greatest sportspersons.

Warne, one of the all-time greats of the game, died at the age of 52 due to a suspected heart attack in Thailand on Friday.

Morrison said Australians were "bewildered" by a "sad and sudden" loss of Warne and the state funeral would be organised by federal and Victorian governments, Cricket Australia and the family of "one of our greatest cricketers of all time".

In recognition of Warne's "national achievements his family will be offered a state funeral," Morrison said in a statement.

"This will be done in consultation with the Warne family," he said, promising to "ensure we honour Shane's passing and memory."

The Great Southern Stand at the MCG (Melbourne Cricket Ground) will also be renamed in honour of Warne with Victoria's minister for tourism and sport, Martin Pakula, making the announcement on Saturday morning after consulting with Victoria premier Daniel Andrews, MCC Trust chairman Steve Bracks and MCC CEO Stuart Fox.

"We will be renaming the Great Southern Stand the S.K. Warne stand and we'll be doing that as soon as we possibly can," Pakula said.

"I can think of no finer tribute to the greatest cricketer this state has produced than to rename the stand the S.K. Warne stand and no matter whatever happens to that stand in the future whether it's rebuilt, refurbished, renovated, it will remain the S.K.

Warne had taken his 700th Test wicket and also claimed an Ashes hat-trick at the MCG and there is already a statue of the legend outside the ground.

As a tribute to Warne, people gathered around his statue and offered flowers, cricket balls, beers, pies and cigarettes in tribute to his flamboyant lifestyle and cricketing genius.

Cricket Victoria is also planning to potentially rename a stand at the Junction Oval in honour of Warne.

Praising the spin legend, PM Morrison said: "He was one of our nation's greatest characters. His humour, his passion, his irreverence, his approachability ensured he was loved by all."

"There was none like Shane. He lived his life his way. He had his great achievements, but also his regrets. He carried them all the same way," Morrison said.

"With a cheeky smile and a zest for life. There was something magical that he brought to our summers. The bleached blonde hair, the almost casual way he moved to send down a delivery, and his engagement with the crowd. He was one of a kind."

"He inspired so many girls and boys to try their hand at cricket. He made it all look so easy. At some point, in most Australian backyards, we all tried to deliver a flipper. Our love and condolences go to Shane's family and particularly his children Brooke, Jackson, and Summer."

Warne's sudden demise has shocked the cricket fraternity across the globe with players, both past and present, left lost for words and devastated by the tragedy.

An iconic name in international cricket, Warne, since making his debut in 1992, played 145 Tests for Australia, picking up 708 wickets with his leg-spin. In his 194 ODI appearances, Warne snared 293 scalps.