At 49, Sachin Tendulkar's invincibility is immortal

Reportedly, his brand value is more than Kohli and Dhoni's 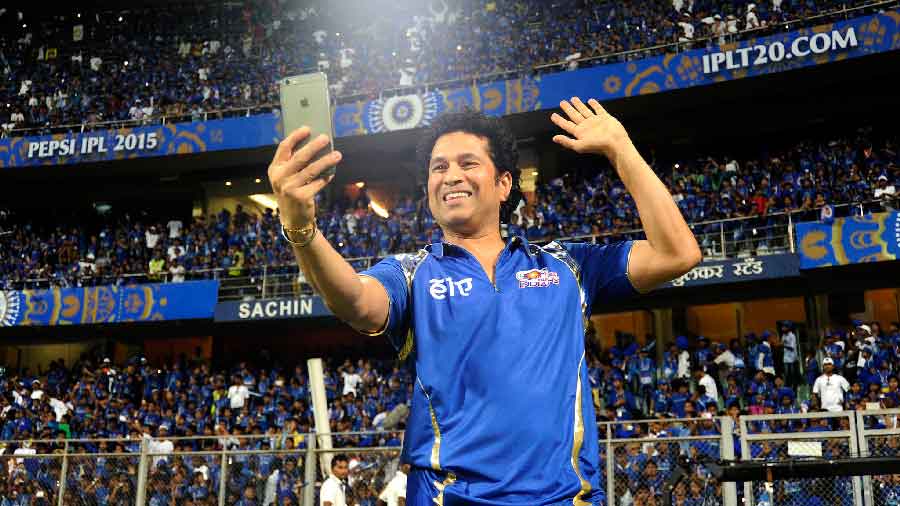 Let's not count the years. Let's not even count the minutes. And forget the seconds! The Master Blaster may have hung up his boots years ago, yet the very presence of this diminutive personality exudes an invincible aura. That's birthday boy Sachin Ramesh Tendulkar for you.

Take this at the very outset - Mumbai Indians led by Rohit Sharma are at a state of peril in this edition of the cash-rich Indian Premier League and guess what - fans of the Ambani-backed team are wondering if the side's mentor could have stemmed the rot - by mentor we mean our Sachin Paaji.

Look beyond his electrifying presence on the dug out - fanatics would prefer the Little Master taking the walk towards the middle and smashing the white cherry out into the stands at the drop of a hat. Alas! Tendulkar has called it a day.

Amid the ongoing opening conundrum in the Indian cricket team, an ardent fan would be missing him. Even in the extended version of the game, when the middle-order trembles (especially amid the Number 4 falling short of runs), perhaps Tendulkar would have or to be bang on - seen the team through.

Touching 50, this Mumbaikar shows no signs of giving up. As fit as ever, he is the cynosure wherever he goes - even in the advertising world, he enjoys a clout that is still revered. With due respect to the Kohlis and Dhonis, Brand Tendulkar still sells and sells big time. Even after retirement, reportedly his brand value is Rs 1000 crore vis-a-vis Kohli's Rs 800 crore, Dhoni's Rs 900 crore.

On social media, Tendulkar has 37.2 million Twitter followers against Kohli's 47.7 million. On Instagram, the Little Master has 34.1 million followers while Kohli is way ahead with 192 million . But keeping in mind the fact that the Master Balster called it off years ago, these figures only substantiate the popularity he enjoys. Dhoni on the contrary, has 38.1 million Instagram followers.

His critics might still be obsessed over his 'failure' to be a finisher, but do away with the number of runs Tendulkar has amassed for the country, the victory percentage hits the nadir.

The Sharjah desertstorm, Chennai Test hundred against Pakistan, match-winning knock against Pakistan in the 2003 World Cup or the Sydney double hundred - just recall these innings and you will realise why he is missed.

But enough of this eulogy, let's hit the ground! What role do we see Tendulkar essaying, looking at the larger interest of Indian cricket? Coach? Selection committee chairman? BCCI President?

Knowing the man, he would steer clear of anything that may incur a row, perhaps, he would not love to let a stain hit his impeccable stature, but going by his indispensability, the BCCI would do well to officially tap his expertise.

And the mentor of the national side would suit him. Having shared the dressing room with the incumbent coach Rahul Dravid, a clash of egos would be out of question - just imagine Indian cricket's Fab Four calling the shots - Tendulkar, Dravid, Sourav Ganguly ( BCCI chief) and VVS Laxman ( NCA head) - success manifold guaranteed.

But it is like building castles in the air, as the Little Master may not agree to the proposal now keeping in mind his hectic schedule. Yet being a true patriot and one who breathes cricket and Indian cricket, Tendulkar would for sure nod in the affirmative in the days to come. And Indian cricket would seek his service if it is to rise in echelons.

Brought in my birthday with my loved ones! ♥️

Thank you everyone for the warm wishes. pic.twitter.com/R5S916D8dZ