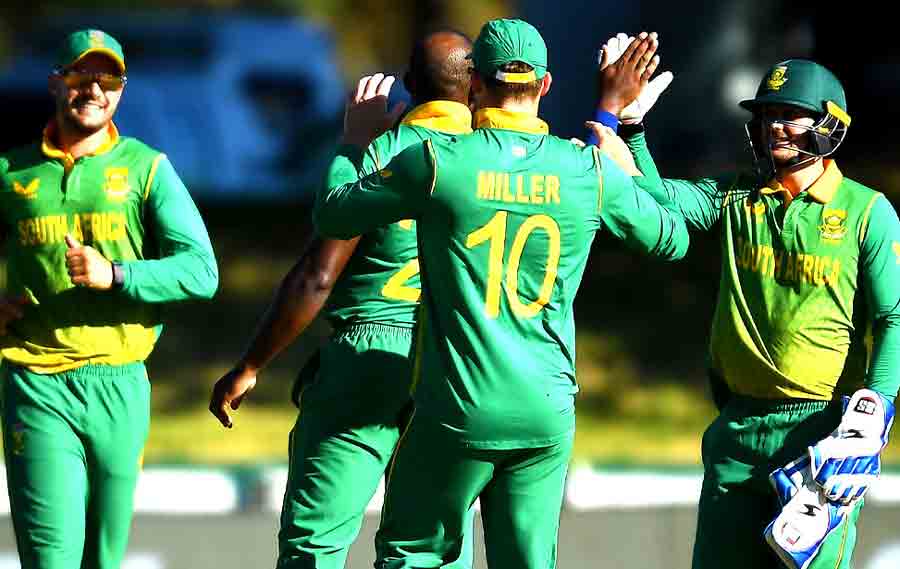 This was a bad start for KL Rahul as captain as Team India slumped to an ODI series defeat in South Africa. The Proteas chased down a 288-run target with ease as Rishabh Pant's career best knock (85 off 71) went in vain.

Earlier in the Indian innings, Pant and skipper KL Rahul (55 off 79 balls) had added 115 runs in less than 19 overs, especially the former taking the South African slow medium pacers and spinners to cleaners.

But there dismissals in quick succession saw Proteas make a comeback on a Boland Park strip where stroke-making wasn't an easy proposition for a new batter.

The two Iyers -- Shreyas (11 off 14 balls) and Venkatesh (22 off 33 balls) found it a real struggle to get going with ball not coming onto the bat as the momentum completely shifted.

India ended up with a score that was at least 20 runs less than what it could have been had Pant gone on to make a deserving maiden ODI hundred.

Shardul Thakur (40 not out off 38 balls) once again used the long handle well in the company of Ravichandran Ashwin (25 not out off 24 balls) to prop up the score somewhat.

Skipper Rahul dropped anchor at one end but it was more like his own runs than ones that would have really helped the team's cause as he stayed at the wicket for more than 30 overs opening the innings and barely managed a fifty plus score.

It didn't hurt much during their stand as Pant with 10 fours and two sixes took charge to keep the run-rate at a healthy five plus per over.

Both slow left-arm orthodox Keshav Maharaj (9-0-52-1) and left-arm wrist spinner Tabraiz Shamsi (9-0-57-2), who otherwise looked good, were made to look pedestrian by Pant.

He not only lofted them for a six each over long-on, he played the sweep shot -- both slog sweep towards cow corner and the conventional ones square off the wicket to good effect. It was one such shot off Shamsi that brought about his downfall.

Before that, rookie pacer Sisanda Magala (8-0-64-1), in his second spell varied the pace of his deliveries well to force Rahul commit into an uppish flick-shot that was taken at short mid-wicket by Rassie van der Dussen.

Magala and Andile Phehlukwayo (8-0-44-1) really kept things tight between 33rd to 43rd over with a lot of slower deliveries and cutters being mixed and matched.

At the start, it was Shikhar Dhawan (29 off 38 balls), who took on rookie pacer Magala in the initial Powerplay overs to contribute handsomely in a opening stand of 63 before Aiden Markram's 'golden arm' once again provided the breakthrough.

Dhawan played the slog sweep and found Magala at deep mid-wicket boundary take an easy catch. Virat Kohli (0) was snuffed early by Maharaj as he was foxed by the slowness of the track. Pant and Rahul then came together to resurrect the innings.