Advertisement
Home / Sports / Flight of no hope for David Robertson

Flight of no hope for David Robertson

As of now, I have no idea when we would leave: Robertson 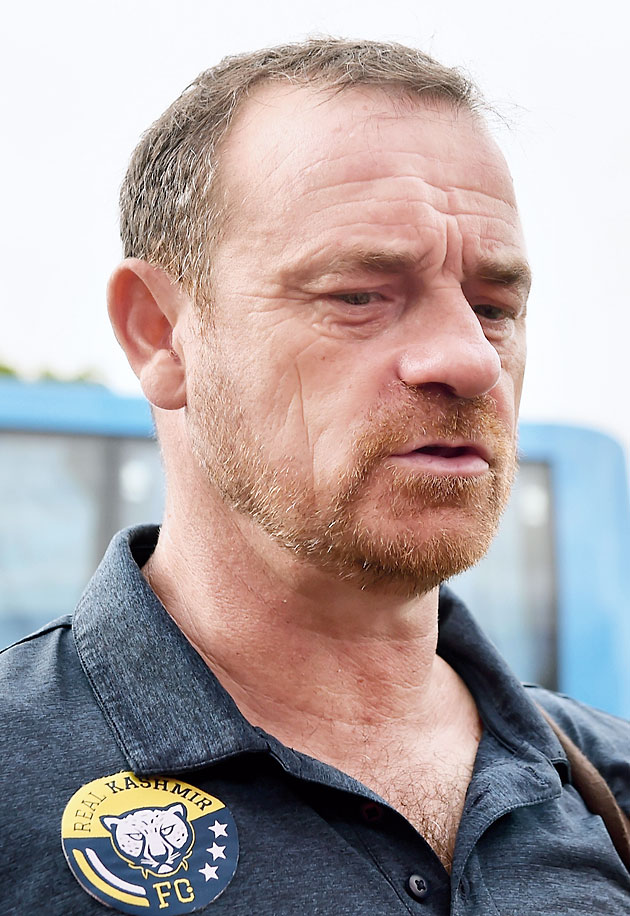 The British government has decided to organise special charter flights for airlifting its stranded citizens from India Wednesday onwards.

But that doesn’t help Real Kashmir Football Club’s British nationals, who are cooped up in their hotel rooms in Srinagar as the British government would be organising flights only from Goa (April 8, 10 and 12), Mumbai and New Delhi (April 9 and 11).

In the wake of the Covid-19 pandemic, India is under a 21-day lockdown from March 25.

Scottish coach David Robertson, his wife Kym, son and player Mason, along with midfielder Kallum Higginbotham and members of the support staff, James Lindsay and Jonathan Craig, are stuck in Srinagar due to the lockdown.

The Telegraph on March 30 had reported about Robertson’s predicament as his parents (Leslie and Muriel) fend for themselves all alone in Aberdeen, Scotland. Robertson’s mother Muriel is a cancer patient and undergoing chemotherapy.

“As of now, I have no idea when we would leave,” Robertson said from Srinagar on Sunday afternoon.

For Robertson and Co., the problem is that to board the flight, they would have to come all the way to the capital.

“How can they travel to New Delhi when the state borders are sealed? To reach New Delhi, they have to cross Haryana and Punjab. How would they get the inter-state permits? It’s a difficult job now. Still, we will keep trying. For now, we can only hope that something works out as soon as possible. Otherwise, the only option left is to wait till the lockdown ends,” Real Kashmir co-owner Sandeep Chattoo said.