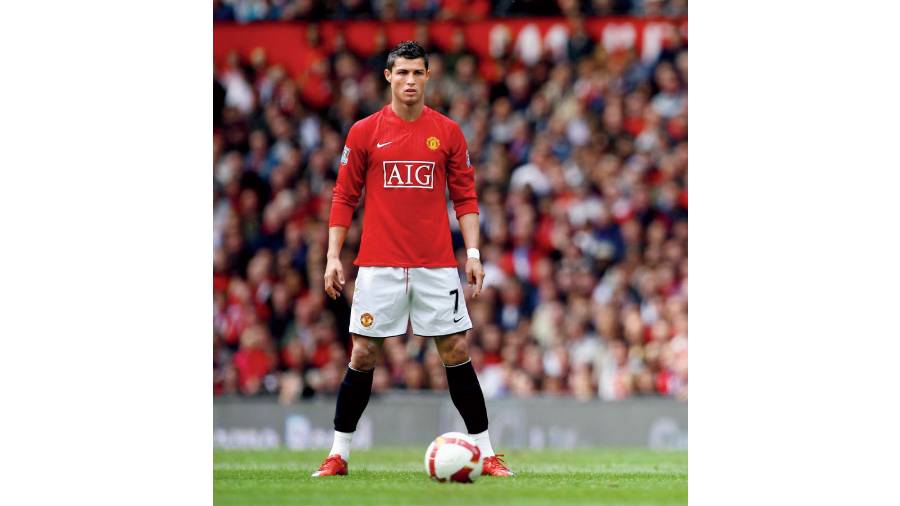 After 12 long years, Manchester United’s greatest superstar is back at Old Trafford. But is the Cristiano Ronaldo comeback down to convenient opportunism or naive nostalgia?

There is nothing quite like the second coming. Unlike the first, the reputation of the hero precedes them, while the adoring audience is awash with anticipation. Redemption and rejuvenation intermingle as memories of a glorious past swim with renewed vigour towards expectations of a glorious future. It is a heady cocktail of thrills, spills, and chills, made even more intoxicating when the plot involves the planet’s most recognisable football club and the planet’s most followed athlete.

From Sky Blue to Red

The football world woke up on August 27 to the news that Cristiano Ronaldo was tantalisingly close to signing for Manchester City and forming an unlikely alliance with Pep Guardiola. In the hours before, confirmation of Ronaldo’s exit from Juventus had effectively arrived, with both club and player happy to move on.

But by the time the afternoon sun had started playing hide-and-seek with the English clouds, the whole scene transformed. Emulating the Spiderman chronology in reverse, Ronaldo went from no way home to far from home to being on the verge of his homecoming in Manchester. Not at City, of course, but at their cross-town rivals Manchester United, where the Portuguese had plied his trade with Red Devilish distinction between 2003 and 2009.

Even before memers could stop with their banter on Ronaldo doing the unimaginable by decking himself in sky blue, United had swooped in to paint Ronaldo red once more. For a fee of 15 million euros (along with almost half of that in add-ons), Ronaldo had rejoined the one place that has wanted him more than any other.

While for United fans — new, old, and resurrected — this was further proof of Ronaldo’s unquestionable loyalty, in reality, the sensational switch was more down to Man City’s lack of conviction in bringing Ronaldo on board.

United, though, had harboured no such doubts. Sir Alex Ferguson, retired since 2013, was restored to vintage form as he cajoled Ronaldo and insisted to United’s management that they should not miss out on the man he had scooped for a bargain deal all those years back. In typical Ferguson understatement, the Scot had also added that should Ronaldo not come back, “all hell would break loose”.

When Ronaldo last played for Manchester United, Barack Obama was president of the United States, Virat Kohli had not appeared in Test cricket for India, Shahid Afridi was all of 32 (isn’t he still?!), and Miley Cyrus and Selena Gomez could still be found on Disney rather than MTV. And yes, there was no Instagram.

Ronaldo, United, and the world have changed a lot since. From being the poster boy of a standout team, Ronaldo has gone on to become one of football’s two greatest exponents of this century, perhaps of all-time, too. From being a standout team, United have been relegated into a what-may-have-been team. The world meanwhile has had a more complicated evolution.

But looking at social media over the past week, one could be forgiven for thinking that Ronaldo had left United six months ago. The aftertaste of his shimmering step-overs, zippy free kicks, and flamboyant smile is still fervent and fresh, protected as it were by impressions of a more innocent era. An era when a generation of youngsters started obsessing over football because one man in a red shirt on a wet pitch had entranced them like no other. When becoming a football fanatic was not about decoding xG or putting forth contrarian views on a Twitter thread, but rather about the exhilaration of unfiltered joy, the kind of which Ronaldo supplied on a weekly basis for United.

What exactly does the 36-year-old Ronaldo bring to Manchester United apart from reams of reminiscence? For starters, he brings a commercial appeal that no sportsperson, and only a handful of stars anywhere, can match. He also brings guaranteed goals, if not the guaranteed big-game decisiveness of years gone by. Most importantly, however, he brings a certain element of chaos that can either shake up United for the better or lead them towards gluttony in attack and scarcity in midfield.

There is little scepticism over how Ronaldo’s presence can inspire the next batch of United wonderkids, how he can and will make every United game a global event. But there is far less certainty over whether what happened at Juventus would not repeat itself at United: Ronaldo, the individual, thriving and notching up records even as the collective interests of the team are undermined.

At his age, making defenders disappear is no longer as casual for Ronaldo as turning meticulously documented sexual assault allegations into mere smoke. His off-field power, for good and bad, has far outstripped his on-field potential. Manchester United remain well aware of that, notwithstanding how they may still be guided in the whole affair by sentiment over sensibility.

Ultimately, Ronaldo’s second stint with United is not so much about him lifting trophies yet again for England’s most decorated footballing institution as it is about completing an arc. An arc of a story that is more powerful than budgeting bottom lines or silverware, for it is built around an instinct that is innately human. An instinct to imagine how what was can turn into what will be without the messy complexities of what is. How what we loved in the past can also be loved in the future, since the sheer force of the two acts of loving can seemingly obliterate the turmoils of what came in between.

On the day Ronaldo steps out on the Old Trafford grass again, United fans will love him like they used to. They will forgive his flaws and amplify his feats. They will join in on his last dance, swayed by the harmony of reunion, led to believe — like all of us at some point in our lives — that the more things change, the more they remain the same.