Chief Selector Bailey to 'step aside' from voting on Paine's fate 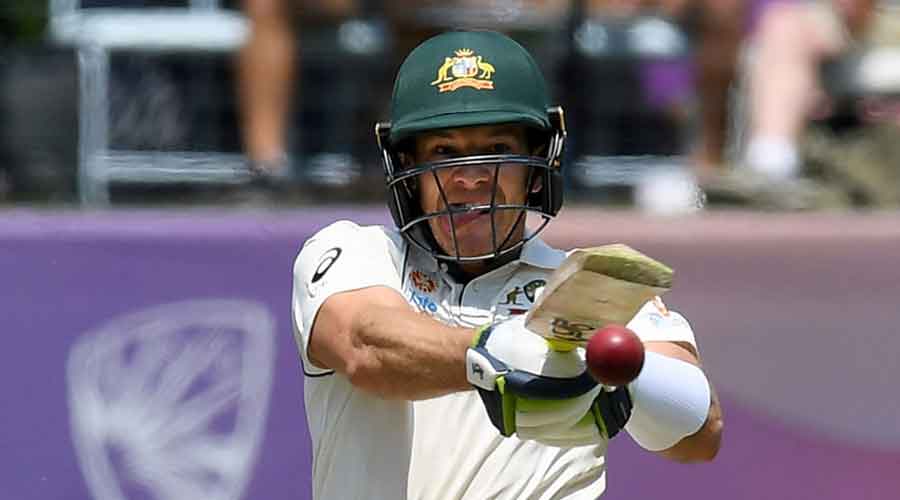 Chief selector George Bailey has decided to recuse himself from voting if there is a split decision on whether Tim Paine should be included in the Australian Test side following the 'sexting scandal'.

Paine on last Friday quit Test captaincy ahead of the Ashes series after his four-year-old alleged lewd conversation with a then female colleague came to light recently.

The wicketkeeper batter, however, has expressed his desire to play in the opening Ashes Test in Brisbane starting December 8.

"If the panel was not in agreeance with Tim's position going forward and it was going to come down to a vote, then I would step aside and leave that to Tony and Justin (Langer) to work through," Bailey, who shares a personal and business relationship with Paine, said on the Cricket Etc podcast.

"They're both aware of that." Apart from Bailey, who succeeded Trevor Hohns as head selector earlier this year, coach Justin Langer and Tony Dodemaide are part of the three-man selection panel, which will make the call.

The 36-year-old Paine had undergone an invasive surgery in September for pain in his neck and left arm due to a bulging disc.

He grabbed six catches for Tasmania's second XI in Hobart on Monday after returning to cricket. If he is ignored for the first Test against England, it could spell the end of his international career.

"One thing Tim's always been pretty good at is the preparation side of things. He is quite meticulous," said Bailey, a former Australia white-ball skipper.

"There is no doubt it is not an ideal preparation, but we'll watch this game and he'll know how he gets through the four days as much as anyone."

Cricket Tasmania has slammed Cricket Australia for the treatment meted out to Paine.

"At its meeting on 22 November, 2021, the Cricket Tasmania Board unanimously expressed its continuing support of Tim Paine and condemnation of his treatment by Cricket Australia," it said.

Paine had taken over the captaincy from Steve Smith following the infamous ball-tampering episode in Cape Town in 2018.

"In conversations I have had in recent days it is clear that the anger amongst the Tasmanian cricket community and general public is palpable," he said.

"Tim Paine has been a beacon for Australian cricket over the past four years and instrumental in salvaging the reputation of the national team after the calamity of Cape Town. Yet, at a time when CA should have supported Tim, he was evidently regarded as dispensable. The treatment afforded to the Australian Test captain by Cricket Australia has been appalling, and the worst since Bill Lawry over 50 years ago."

Lawry, who captained Australia in 25 Tests, was unceremoniously dumped as skipper and player midway through the 1970-71 Ashes. He came to know about the decision only after it was broadcasted on radio.

"The Cricket Tasmania Board reaffirmed its view that Paine should not have been put in a position where he felt the need to resign over an incident that was determined by an independent inquiry at the time to not be a breach of the Code of Conduct and was a consensual and private exchange that occurred between two mature adults and was not repeated," Gaggin said.

"Cricket Tasmania will continue to support Tim on and off the field, and is very pleased to see his impressive return in the Second XI game Tasmania is currently playing against South Australia."