Once the celebrations are over, it’s the moment to grow, to use it to become better: Tuchel 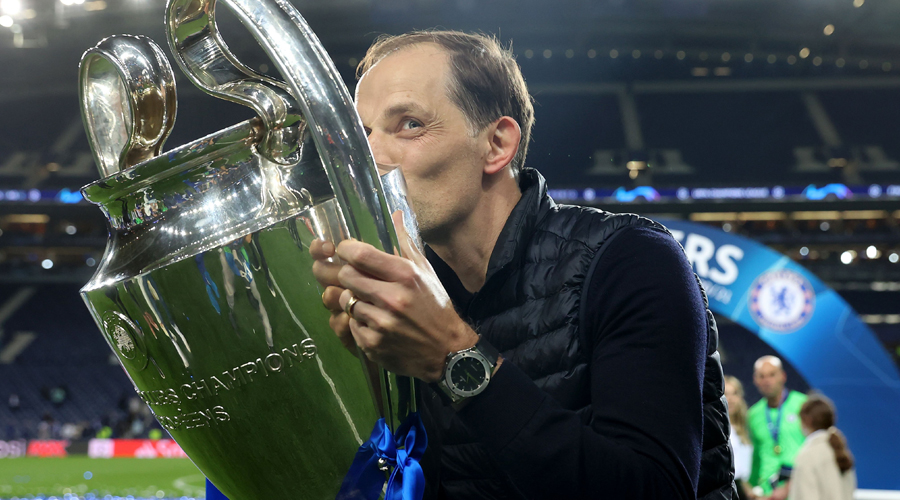 Chelsea manager Thomas Tuchel said he was hungry for more after delivering the Champions League just four months after taking charge with a 1-0 victory over Manchester City on Saturday.

“The level is set and once the celebrations are over and we’ve all digested this experience, it’s the moment to grow, to use it to become better,” Tuchel, who finished on the losing side in last year’s Champions League final when Paris Saint-Germain were beaten by Bayern Munich in Lisbon, told reporters.

“It’s absolutely crucial that we do that. It’s a big challenge to stay hungry and go for the next one. I feel hungry, part of a really ambitious club and a strong group that supports my beliefs in football perfectly.”

“It was a huge achievement to arrive in the final and even bigger to fight our way to the Cup,” Tuchel said.

“We knew we needed a top-level performance and a strong bond to have a chance to win the match and this is what we did,” he added.

German youngster Kai Havertz was ecstatic. “I don’t know what to say. I waited a long time,” jubilant Havertz said post win on the pitch. “I’ve waited 15 years for this moment and now it’s here.”

In a match where so much focus was on City manager Pep Guardiola’s decision to not play a specialist defensive midfielder, Man of the Match N’Golo Kante produced a clinic in that position once again. “He does everything,” Tuchel said.

“The energy he brings, I don’t know how many ball recoveries today (Saturday). He covered so much ground. It’s special to have him and when we don’t have him we missed him. After winning the World Cup, the Champions League, he’s so humble in his position.”

Tuchel has said before that he was bestowed a gift when he arrived at Chelsea in January to be handed a squad containing Kante. “I think N’Golo fits into any manager’s plans on the planet,” said Tuchel.